The Best 11 Chromecast Apps for Android and iOS

Chromecast is known to make it easier for people all over the world to enjoy online music and videos, as well as movies directly on their TV. The digital media player has been developed by Google and was released for the public at the end of July 2013. First becoming available in the United States, the device that looks like a USB stick slowly grew in popularity and is now used worldwide.

Measuring 72 mm and costing $35, Chromecast works with several types of devices – from smartphones to tablets and computers to TVs, the device can be used to enjoy music and movies remotely. By simply plugging it in and connecting to a Wi-Fi hotspot, the device allows you to search through the several TV shows, films and videos available and play whatever you like. The gadget can also be tweaked and altered according to your needs, if you have the proper knowledge. 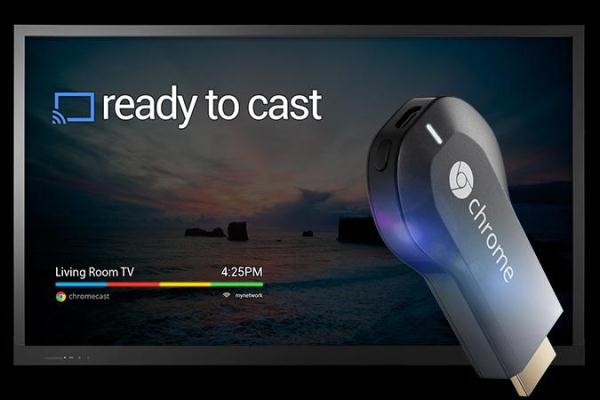 But when it comes to technology, you always have to know how to make the best of it. The same applies to Chromecast – there are several applications that make it easier and more fun to play with the device. Taking a look at the several applications available for iOS and Android, we selected 11 of them, for you to explore. 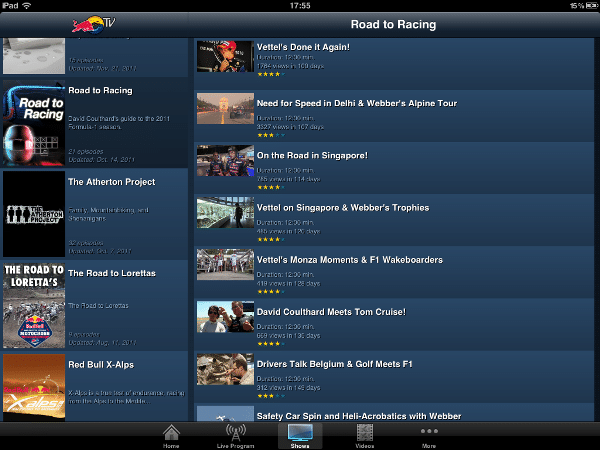 The app is available to download on Google Play and suits all devices running on Android 2.3.3 or later, as well as iOS devices, such as iPhones and iPads. Red Bull TV is specially designed for Chromecast and allows access to a variety of HD content, as well as live events from all over the world.

All you have to do is install the application on your device and follow the instructions on screen to make better use of Chromecast, while you keep track of all life events in real time, thanks to the calendar you’re provided with. More about the app that has been made available in February 2014 and has 8.6 MB can be found on Google Play store or iTunes store. 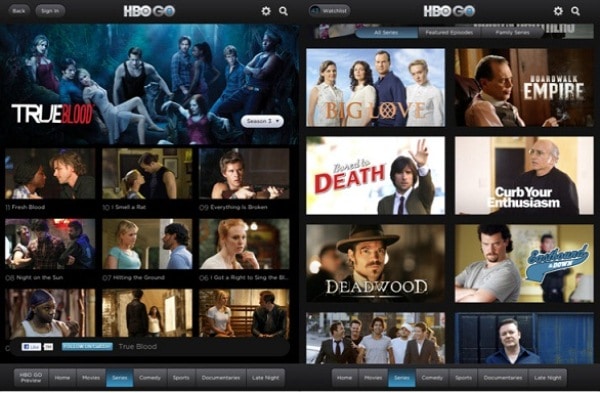 The HBO GO app is free with your HBO subscription and available to download on iTunes and Google Play. The application letting you watch your favorite HBO shows and movies, as well as documentaries and sports, is specially designed for iOS and Android devices.

Simply click the link to download the 26.8 MB app that choose the language from English, Spanish and Portuguese then enjoy playing. Requiring Android OS, iOS 5.0 or later versions, the app is compatible with all devices running on Android, as well as iPhones, iPads and iPods, being optimized for iPhone 5. 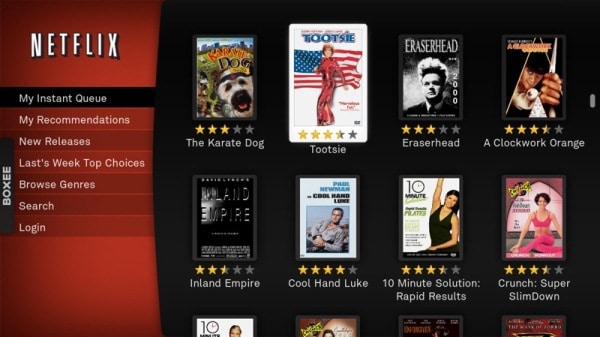 We all heard of Netflix, and many of us use it on our computers. The good news is that there is also a Netflix app available for free in the iTunes store that makes your Chromecast experience much more entertaining. The 25.4 MB app can be used in English, Spanish, French, Portuguese, Dutch, Finnish, Norwegian, Swedish or Bokmal.

Being specially designed for Android and iOS, Netflix is optimized for iPhone 5 and suits most iPhones, Ipads and iPods, while also suiting devices that run on Android. Simply download the app here and enjoy making the most of Chromecast thanks to the many TV episodes and movies to choose from. 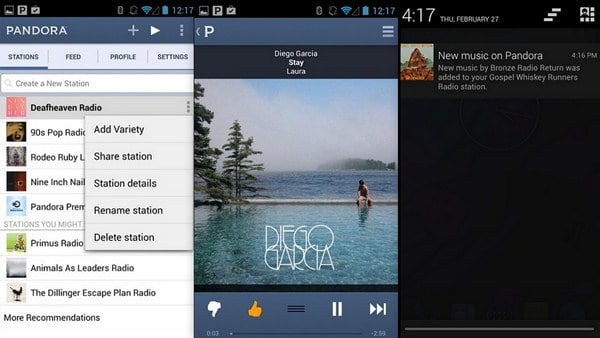 Stepping away from movies and TV shows, Chromecast is also designed to let us listen to our favorite music available online. This is where apps like Pandora comes in – being available for both iOS and Android devices, the app allows you to swap through the genres, artists, songs and playlists to choose from.

Requiring iOS 5.2.1 or alternatively Android OS, the 27.4 MB app is available in English only and can be downloaded here or here, depending on your device. Simply install the app and start taking advantage of all the music online. 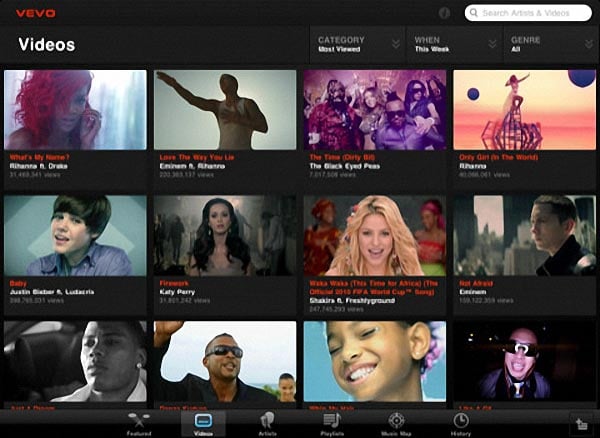 Music is not just about listening, but also a lot more about watching music videos. With all the advanced technology used in videos and the effort artists pay to make videos nowadays, apps such as Vevo are definitely convenient. Available on Google Play for Android devices, as well as iTunes store for iOS, the app can be easily downloaded and installed for free.

The app requires either iOS version 2.9.5 or Android OS v2.3.3 or later and has 11 MB. Simply install the Vevo app and enjoy the live concerts, original shows and music videos from the artists you love. It’s never been easier to take advantage of music entertainment remotely. 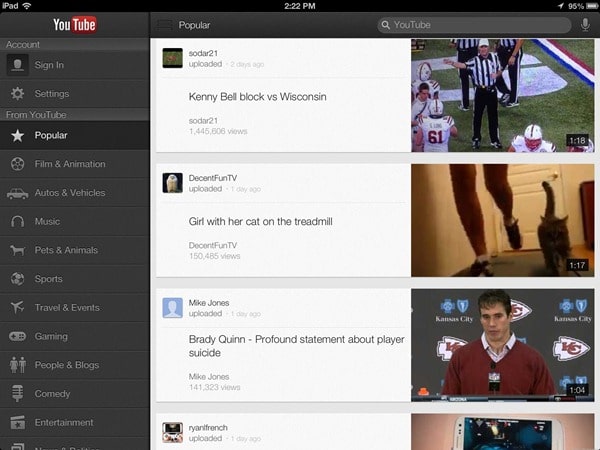 Whenever you put music and online in the same phrase, it’s almost impossible not to think of Youtube. We all know the many videos available there in terms of music, but Youtube also offers TV shows, recipes, a variety of shows about traveling, preparing cocktails or whatever else might interest you.

The Youtube app is available to download on both Google Play and iTunes store, being suitable for devices running on Android or iOS v2.3.1/newer. With the option of choosing between many languages such as English, Croatian, Greek, Thai and Spanish, the app has 14.1 MB and is known to be very user-friendly.

Sticking to music for a bit longer, you probably heard of the app called Songza. Allowing you to listen to your favorite music at the gym, at work or at home, the app is available in English only. You can download it from Google Play if you own an Android device or from the iTunes store in case your device is running on iOS.

With the size of 42.9 MB, Songza requires Android v2.2 or iOS v3.2.3 and is known to have a user-friendly interface. Simply go here for iOS or here for Android, download and install the app and start enjoying your favorite music remotely.

Let’s not talk too long about music, though, since apps like Hulu Plus make the fun even funnier, while allowing for unlimited streaming of current TV shows. Whether you’re watching Shameless and Coupling or you’re into cartoons like Family Guy and South Park, you find it all in one place.

The Hulu Plus application is suitable for all devices running on Android or iOS v3.5/newer and can be easily downloaded here or here. With a size of 12.8 MB, Hulu comes in both English and Japanese and is specially optimized for iPhone 5.

The Real Player Cloud application allows you to move, as well as watch and share any of your videos. All you have to do is upload your favorite videos to Real Player Cloud and you can watch them from wherever you’d like. Be it your computer, iPhone, iPad, TV or at your friend’s place, it’s easier than ever to share what you like with your close ones.

The app suits devices running on Android or iOS and is available in English, Danish, French, German, Chinese and Spanish. All you need to do is go here or here to download the app, install Real Player Cloud and start taking advantage of the benefits. 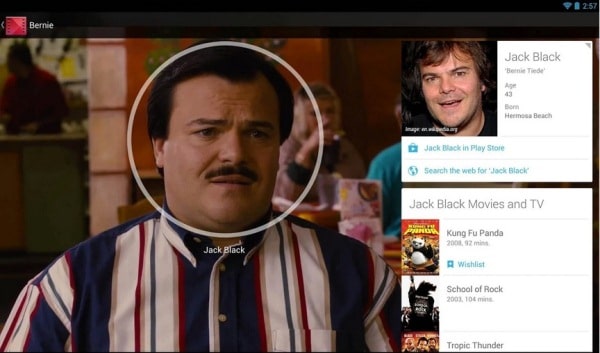 The Google Play Movies and TV application does exactly what you’d expect it to do – it allows you to watch movies and TV shows purchased on Google Play. Suited for devices running on iOS or Android, the app is available to download for free on both Google Play and the iTunes store.

Requiring Android v2.2 or any version of iOS, the app is specially optimized for iPhone 5 and comes in English, French, German, Italian, Portuguese, Korean, Japanese, Russian and Spanish. Simply download the app online and stay up to date with the latest films to choose from. 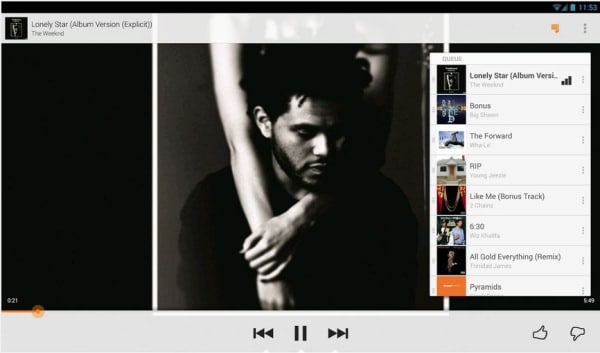 The Google Play Music is just the same like the previous one we talked of just that it focuses on music. Choosing from millions of songs, artists and genres, while you can also listen to the radio and discover new music you might like – this is just the beginning of entertainment with this app from Google.

Suitable for devices running on iOS or Android, Google Play Music also allows you to add up to 20,000 songs of your own, experience music without ads and buy any of the music on Google Play, while you choose from more than 18M songs. Go here to find out more about the app if your device runs on Android or click here if you choose iOS.