Whether you’re having an important conversation you’d like to hear again or share it with your friends, or you’re recording conferences for your business, or you’re a journalist who wants to keep track of an interview, it’s always useful to be able to record a phone call. Phone recording apps have been available for a long time, and were made popular by Nokia’s Symbian smartphones.

These days, there are plenty of tools and apps that enable us to save conversations, no matter if we use an iPhone or an Android device. To make it easier for you to browse through all the available options, we selected ten of the most relevant options on the market. 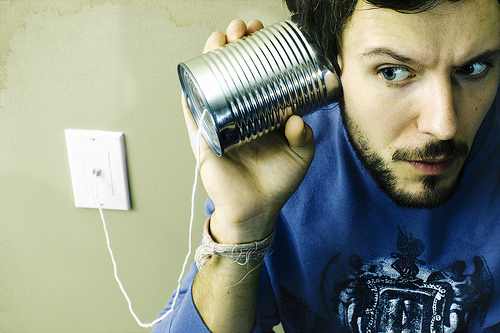 Google Voice is a simple tool that can be downloaded and installed for free, working on both Android and iOS devices. First of all, go to Google Play or the iTunes store to find the application and follow on-screen instruction to finalize. To create an account, you have to go to the official Google webpage and sign into your Google account then determine your phone number. This one can either be your own phone number, or you can get a new one in order to use the app.

Once you set up an account, you can start recording incoming calls by clicking the box that enables recording. To do so, you have to log into the account on the website, go to your Settings, clicks the Calls tab, and check the box for recording under Call Options. Saving these changes will automatically enable recording during any calls by pressing 4 on your phone’s keyboard. Also, if you’d like to stop recording at some time, you can do this by pressing 4 once again.

As mentioned before, the app works for all Android phones that have version 2.0 or later of Android OS installed, while it’s adapted to suit all iPhones, iPads, and the iPod Touch. Coming in English, as well as French, the file has around 2 MB and is very easy to install.

Another application that suits both Android phones and those running on iOS is Call Recorder, that also comes with its advanced version – Call Recorded Pro. One of newest and most recently updated apps, the Call Recorder is as light as 1.1 MB, and it only requires version 2.1 or newer of the Android operating system. To make it easier for all users, it comes in various languages such as English, French, Arabic, Hebrew, Russian, etc.

The user-friendly application allows users to enable and disable call recording, save all phone conversations, play and stop the recorded files, manage all of them according to their preference, and share them if the Pro version was installed. As part of the settings, you can also select the audio source, the channel, recording quality, and the file format.

You will also be asked to set up a passcode so that only you can have access to the recordings. Being given access to Dropbox through Call Recorder Pro, it’s easy to send some of the files to others in case you decide to share. To download the app you can go to Google Play for Android or the iTunes Store in case you own an iPhone. 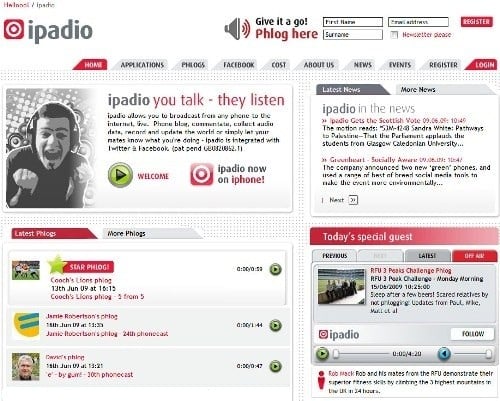 For those who have an iPhone, iPod Touch or even an iPad, the more developed app from iTunes might be the best choice. iPadio is a 5.7 MB complex application that requires iOS 5.1 or later, while it’s been specially optimized for iPhone 5. Free to download and install, this one was initially designed for creating and sharing audio files.

By letting you record up to 60 minutes of high quality video, as well as audio, this app can enable users to create personalized recordings. You can easily add titles, images, descriptions and post the file once you’re ready – since it’s known as a social networking app, it allows posting to Twitter, Facebook, Wordpress, Blogger, and so on.

When it comes to recording phone calls, you will have to go to the Home Page and press the Call/Record tab on the bottom left side of the screen. The phone will then call iPadio, and there will be a recorded message playing which will ask you for your PIN. Once you enter the code, you can press the + button on the screen in order to add a call and then type the desired person’s phone number. When the conversation is over, you will have saved it as a file that you can later access and modify as you wish.

Not all such apps are meant for iOS, which is why we’re going to introduce you to Automatic Call Recorder, an application that’s exclusively designed for Android phones. Coming in various languages (i.e. German, English, French, Spanish), this one requires Android v2.1 or a newer one in order to function properly.

The 2.7 MB app has been recently updated – in April 2014 – and allows users to set which calls they’d like to receive, as well as which ones to ignore. Once you’re done recording, you can also listen to it, add notes and easily share it with your friends. Also available online, the Automatic Call Recorder enables you to choose the desired file type, audio source, and recording path, as well as many other media settings.

To start taking advantage of the app released by Appstar solutions, simply check out the available apps from Google Play, search for Automatic Call Recorder, download it and follow on-screen instructions to install. The user-friendly tool will then guide you through the necessary steps to start using it.

Call Log Pro is another iOS app that comes in English from the developer called Michael Kelakios. The 2.4 MB application records phone calls initiated only by you – once you dial the phone number, the moment the person on the line takes the call, it will automatically start recording.

Although not the most professional app available, this one lets you record up to 2 minutes, after which you will have to pay for your minutes. For example, you will have to pay $1.23 for 5 minutes and $4.99 for a maximum of 30 minutes. This way you will be able to save much longer conversations that you can also send to your own email or share with others.

It requires iOS v4.3 or later and uses a private server, so all of your recording and safely kept and not made public. Although basically an offline application, it is known to work best when it’s used on a Wi-Fi network. 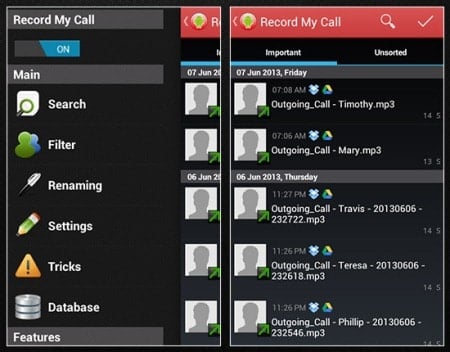 Stepping back to Android users, RMC is an efficient app that has been recently updated – in April 2014. Being available on Google Play, this one can be downloaded for free and installed by following the instructions on the screen.

Some of its most relevant features are the Dropbox sync and Google Drive sync, while it enables users to filter contacts and device which conversations they’d like to record. Once you’re done memorizing a phone call, all files will be saved on the memory card.

The 3.4 MB app is very user-friendly and requires Android v2.1 or a newer one. It is also available in many various languages, which makes it a lot easier to use it – English, German, Spanish and Italian are just a few examples. 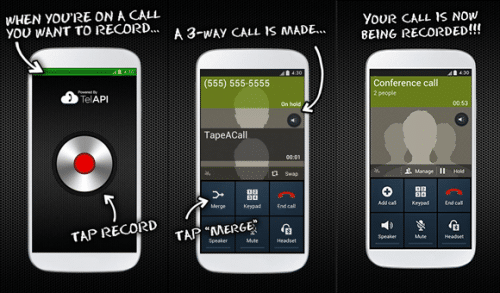 TapeACall is one of the nicest apps that work on iOS 6.0 or later – it comes in most languages, such as Czech, Arabic, Norwegian, Slovak, Romanian and many others. Being a very complex one, the 16.4 MB tool can take a long time to download, but once you install it you realize it was worth it.

This is one of the few apps that enable users to record both outgoing and incoming calls, while there are no limits to how much you can record and for how long. There are also many ways of accessing the files once the recording is done – you can transfer them to an external device, email them, or share them via texts.

Although a pricey app, the $9.99 tool is now partnered with Rev.com, which makes it easy for you to convert all recordings to high quality text. You can discover more about TapeACall and start using it by going to the iTunes store, here.

Coming from Clever Panda LLC, this app is specially designed for recording outgoing calls only. For only $4.99, you can save up to 20 minutes of conversation with Phone Tap – a 0.8 MB application. It requires iOS v4.2 or a newer version of the same operating system and can be found in the iTunes store.

To make sure your phone call is being recorded, all you have to do is open the app and dial the number directly on that screen. Once the other person picks up, both of you will be alerted that the conversation will start to be recorded. This way, any legal issues can be easily avoided.

Moving back to free applications, Call Recording is one of the best options for iPhone users. Launched by NoNotes.com is a simple app that only asks for your phone number and emails, while you’re required to create a pin number. Once you’re done with this, you can start recording the phone calls.

To make it easier for you, the files are automatically emailed to you once you finished recording. If that’s what you wish, you can also opt for having the calls transcribed. Light and easy to use, the app only comes in English and can be used to record any call you’re on – both received phone and given calls.

5 Best Sticker Apps for Android in [2022]
Read Next
Photo Credits: The Closet Entrepreneur

How to Record Calls on iPhone Without an App [4 Ways]
How to Record Calls on Any Android Smartphone
2 Ways to Easily Translate Webpages in Safari on iPhone and…
Lenovo Yoga Duet 7i Review: Lightweight Convertible, Easily…
The Best AI Writing Tools to Help You Write Better Content…
GPT-3 for Copywriting: What is it and What are the Best…