Xiaomi has been making its presence felt in the Indian market ever since it rocketed into prominence -‘shot’ seems too mild an adjective to describe the kind of attention the Mi 3 has received on Indian shores. Some might criticise the company for not keeping enough stocks in hand (as we pointed out, the quick sales of the Mi 3 were a bit of a double-edged sword, leaving many disappointed at not getting a unit), others might accuse them of dumping an old device on Indian consumers and then arbitrarily stopping its sales, still others might criticise their ‘flash sale’ method of selling devices, but the one thing that cannot be denied is the fact that Xiaomi did pretty much throw a spanner in the works of established high-end Android players by offering excellent hardware at a staggeringly low price in the Mi 3. And what the Mi 3 did to high-end Androids, the Redmi 1S could well do to the budget Android segment. 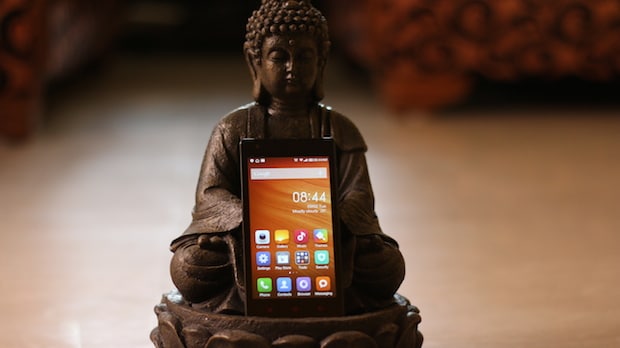 In many ways, the Redmi 1S takes a few leaves out of the Mi 3 book of design and specs. And that, believe us, is not a bad thing at all. As in the case of that worthy, the front is dominated by a 4.7-inch touchscreen with three touch buttons beneath it for home, back and for tweaking the homescreen/launcher and general settings. A neat touch is the fact that these buttons are in red, which makes them appear a bit more snazzy, although they do sometimes tend to get lost in the dark. The 4.7-inch display is made with Dragontrail glass which, while not as well known as Gorilla Glass, is pretty scratch resistant in its own right (we saw Hugo Barra try his best to scratch a 1S with a pair of scissors – he did not succeed!). 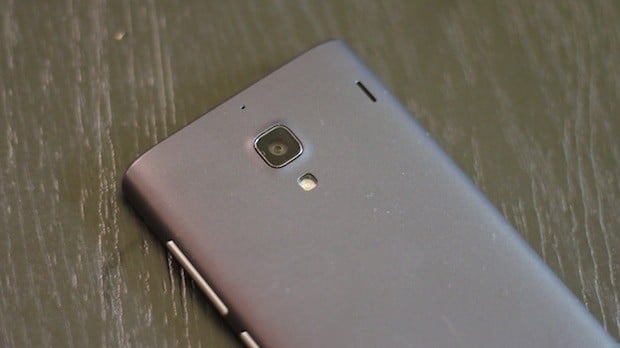 There is no metal back on the Redmi 1S, but the plastic one curves from the sides to the back in a manner that is very reminiscent of the Mi 3. And speaking of the back, it is plastic indeed but is smooth and has a slight matte touch which ensures that stains and smudges stay away – no glossiness here, praise be. And there are unlikely to be any SIM card tray problems with this device (as experienced by some with the Mi3), as the back cover comes right off, revealing two SIM card slots and an expandable memory slot. The back also houses the 8.0-megapixel camera and LED flash and a speaker grille. Buttons are placed on the right and are metallic, the USB port is on the base of the base and the 3.5 mm audio jack on top – pretty much as we saw on the Mi 3. The phone fits into one’s hands, and although it does feel a bit heavy for its size (it is 158 grammes, which actually makes it heavier than the Mi 3 which had a metal body and a bigger display), there is a comfortingly solid feel to it, akin to what we felt with the BlackBerry Z3. The overall impression is not of a traffic stopper, but it is smart and packs in looks that are well above the par for its price point, which incidentally, is a point at which devices are not really known for their appearance.

…and “those specs, that price” …again! 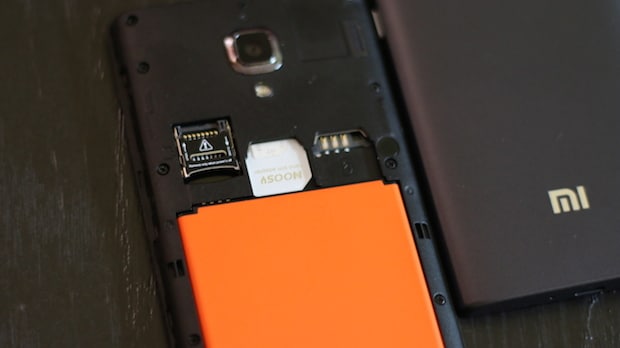 The Redmi 1S sees Xiaomi repeat the staggering price-performance ratio that made the Mi 3 a rage of sorts in India whenever it was available. The device is priced at Rs 5,999, which is just below the USD 100 mark and in India, is cheaper than the Moto E. For the Redmi 1S has significantly superior specifications – the 4.7 inch display is a 720p/HD one (a rarity at this point), the camera at the back is an 8.0-megpaixel affair with autofocus, and powering the device is a quad-core processor similar to that we saw in the more expensive Moto G, the Qualcomm Snapdragon 400, clocked at 1.6 GHz. This is backed up by 1GB RAM, 8 GB onboard storage, dual SIM connectivity, and other connectivity options like GPS, Wi-Fi and Bluetooth 4.0.

Honestly, on paper, this is the most well-stacked phone you can get at this price point – only the Asus Zenfone 4 A450CG comes close to it and that costs slightly more (Rs 6,999 at the time of writing). These are the kind of specs that you would expect in a device that costs at least twice at much – shades of the Mi 3, eh? The only fly in the spec ointment is a slightly older version of Android (4.3), but you would be hard pressed to notice it because lying over it is the same interface that we saw in the Mi 3 – MIUI 5. An update to both KitKat and MIUI 6 is in the works evidently.

It’s about the display and camera (AND the price)

We are going to be blunt: the two features that really skew the odds in favour of the Redmi 1S are the camera and its display. Getting a 720p display and a 8.0-megapixel camera in a phone under USD 100 are rare enough. The fact that they are not just paper tigers emphasises how much value the device delivers. The 4.7 inch display is bright and while the uber finicky might complain about viewing angles, it is one of the better ones we have seen at this price point – a pixel density of 312 ppi ensures that reading text is a joy, and videos and games looked very good indeed. 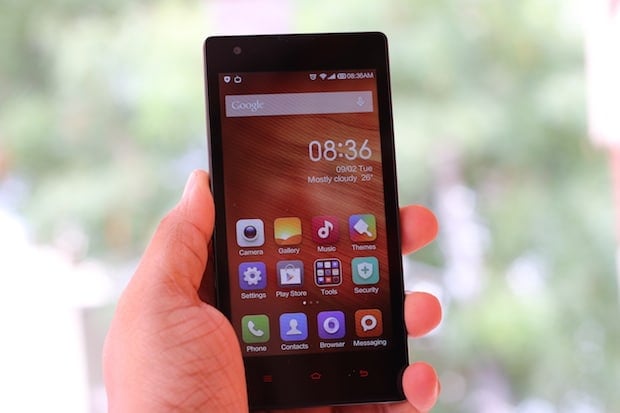 Then there is the camera – the 8.0-megapixel shooter on the Redmi 1S delivers a performance that we have seen only from the Asus ZenFone 5 at the sub-Rs 10,000 price point. Yes, it does tend to fade a bit in low light conditions, but in broad daylight, it delivered some brilliant photographs, although we think we could detect a slight hint of oversaturation in some shots (something we had noticed in the Mi 3 as well). And what really zapped up about the camera was the sheer speed at which it worked – unlike the ZenFone 5 which had a slight but discernible lag, the Redmi 1S captured shots almost as soon as one tapped the capture button. No, we have not seen a phone’s camera do this well at this price point. It is significantly superior to the shooters on the Moto E, Moto G, Lumia 630 and gives the ZenFone 5 a very good run for its money (we think the ZenFone 5 has the slight edge in low light photography, though). 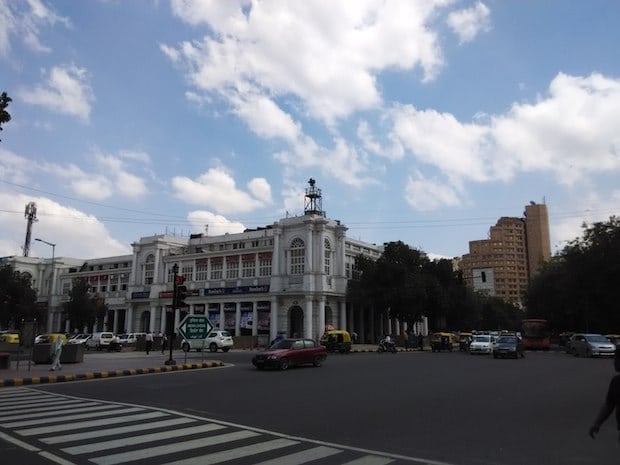 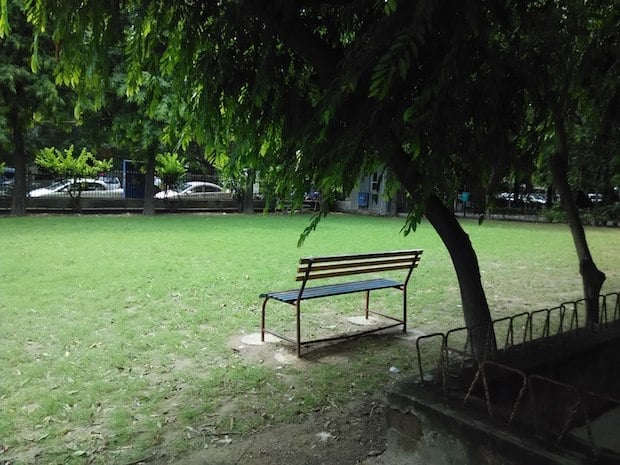 By and large, we found the Redmi 1S to be a smooth performer. MIUI is one of the more innovative interfaces we have seen on Android and it runs very smoothly on the 1S, complete with touches like switching on the torch by long pressing the home key in lockscreen mode, automatically detecting when the phone is in your pocket, and even coming with a Lite mode for those who find the original MIUI too intimidating for comfort. As we stated before, the display and the camera are highlights of the device. Battery life was decent too – we got through a day of hefty use quite easily, and choosing the economy mode can save some more juice. Also, we actually think that the call quality of the 1S was slightly better than that of the Mi 3 (none of the people we called ever complained of our voice sounding muffled – something that happened a few times with the Mi 3).

Mind you, it is not all roses. As we mentioned earlier in our gaming review of Redmi 1S, the phone stuttered and crashed while playing Asphalt 8, even though it handled titles like Dead Trigger 2 and Riptide GP 2 with elan. We also found the keyboard response slowing down when we had too many apps open, and yes, if you are going to go crazy using that camera, be prepared for a very warm pocket indeed – the phone does tend to heat up slightly, although it never reached uncomfortable proportions. The Moto E was a smoother performer in the gaming department, but then it had not this sort of camera or display. We can’t help but feel that MIUI might be a little too heavy for this device as the amount of maximum free RAM oscillates between 170 MB and 240 MB all the time. We were forced to use the ‘Clean Memory’ button under multi-tasking screen a little too often for our comfort.

If you are a benchmark junkie, rest assured – the Redmi 1S has scores that are in the proximity of those of the Nexus 4 and is comfortably ahead of the Moto E and the more expensive ZenFone 5. 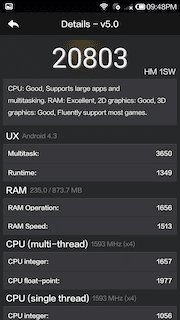 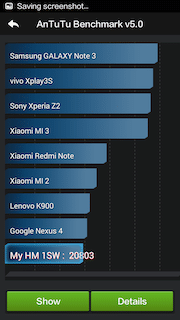 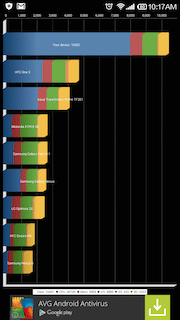 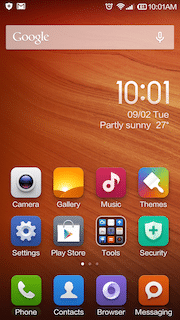 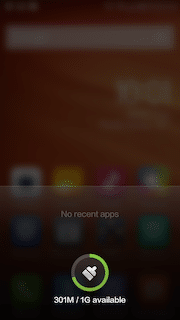 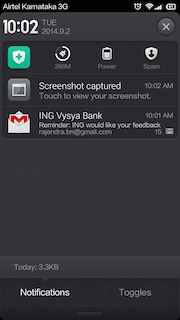 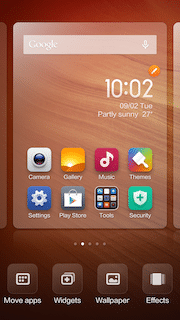 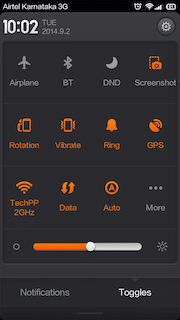 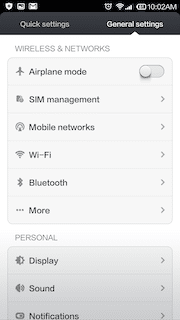 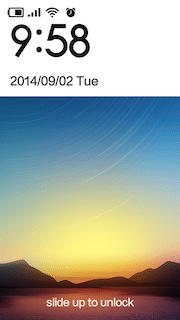 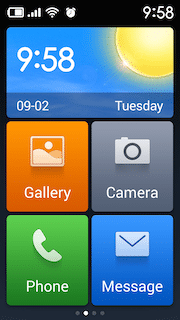 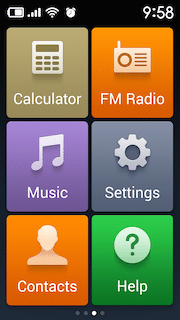 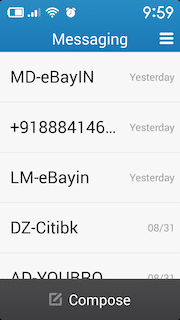 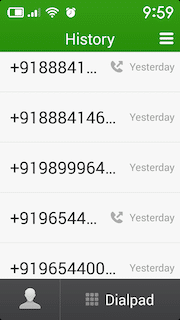 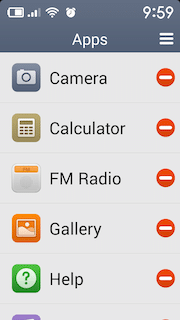 Conclusion: Worth getting? Yes, but CAN you get it?

As with the Mi 3, we heartily recommend the Redmi 1S for those looking for a good Android device at a budget price. The phone excels in the two areas where generally sub-USD 100 devices tend to compromise – camera and display – and is in general, a very good performer, except for some hiccups here and there, as we mentioned before. Unfortunately, as with the Mi 3, the question with the Redmi 1S is not whether one should acquire but whether one CAN do so. At the time of writing, we were hearing that more than 1,00,000 people had already pre-registered for the 40,000 units of the device that would be made available for sale exclusively on Flipkart on September 2. All of which seems to hark of yet another sale that lasts a few seconds. Yes, we definitely think it is worth buying, but you will need a significant dose of good fortune to get your hands on it. Sounds familiar, eh?

Was this article helpful?
YesNo
TechPP is supported by our audience. We may earn affiliate commissions from buying links on this site.
Read Next
Skullcandy Mod Review: Betting on doing the basics well
#Redmi 1S #review #xiaomi