Now, this is a pleasant surprise – Microsoft has introduced new apps of its Office suite of products that allow iPhone, iPad and Android users to create and edit files for free. After Microsoft has successfully released its Office apps for iPad user in a freemium model, the company has now decided to change it strategy completely, allowing free access without the need for a Office 365 subscription. 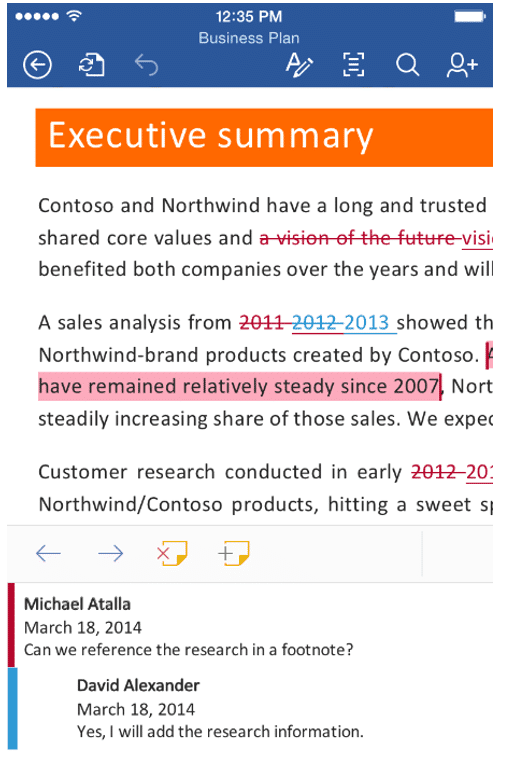 The new Word, Excel and PowerPoint apps will replace the existing Office Mobile app for iPhone users and the apps on iPad are also getting an update to enjoy the same features. Microsoft also announced a “preview” of new Office apps for Android tablets, allowing users to sign up to join the preview at the Google Play store, with general availability being set for early 2015.

Although anyone using an Office mobile app can now create and edit across the for free, an Office 365 subscription will still be needed for more advanced editing of Word docs, images and charts. Microsoft also said that touch-optimized Office apps for Windows will be delivered with the launch of Windows 10, without revealing additional details.

Microsoft informs that iOS users downloaded Office for their iPads more than 40 million times and maybe this was one of the reasons that made the company release its iconic productivity suite for free. Or, maybe it’s part of Satya Nadella’s new strategy to deliver services to businesses and consumers wherever they are and on whatever platform. 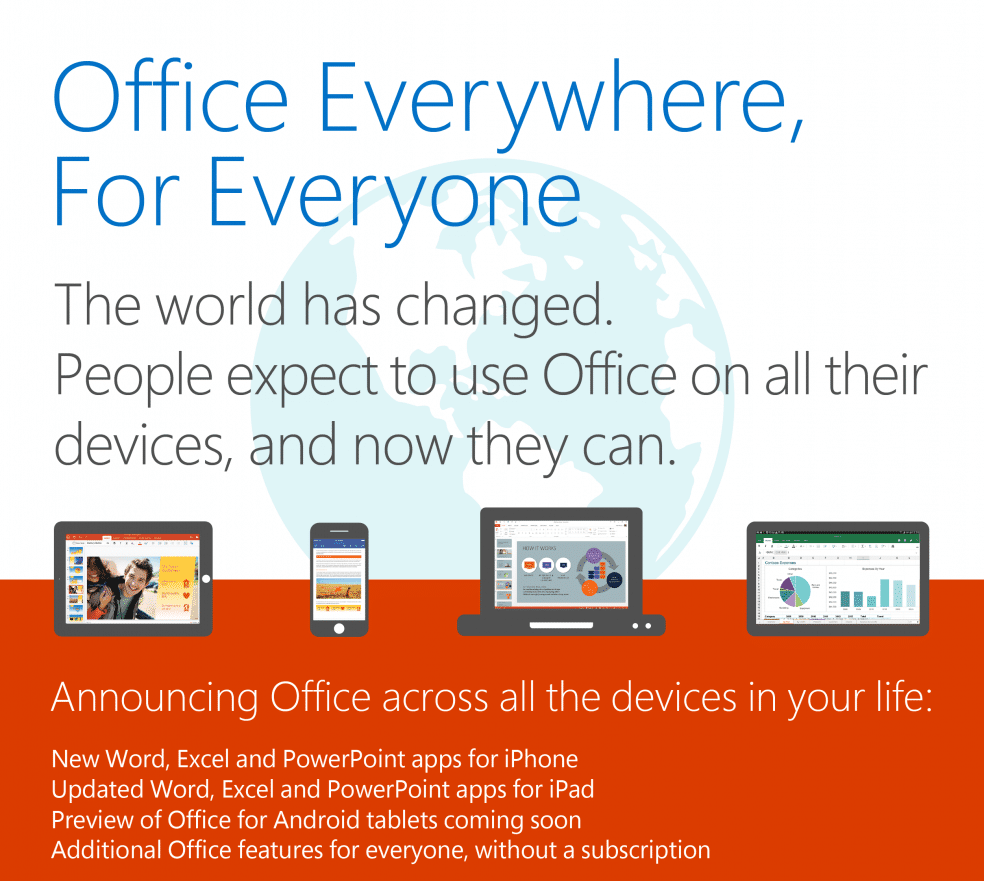 With this move, Microsoft will lose quite a lot of money, but it will get something that is just as valuable – millions of users from rival companies using their products. Apple has been very aggressive with iWork, so Microsoft simply had to take this step; and the same can be said for Android, where Google is hard at work with making Google Drive smarter by the day.

Word, PowerPoint and Excel are probably the world’s most known productivity apps, so making them available for free on mobile devices will probably result in hundreds of millions of downloads. Among other things, this is actually a win for the iPad, if we take into consideration how much money Microsoft spent on pro-Surface and pro-Windows tablets advertising that depicted the devices being productive especially thanks to the Office suite.

Thus, somehow, Microsoft is doing a favor to Apple, as prospective iPad buyers now have one more big reason to get one – free Offices apps on the go.

TechPP is supported by our audience. We may earn affiliate commissions from buying links on this site.
Read Next
How to Install and Use Intel Unison App on Windows, Android and iOS
#ipad #iphone #microsoft #office