At the launch of the Xiaomi Redmi Note yesterday, Hugo Barra put up a slide that showed the price, specifications and performance comparisons of a number of devices, ranging from the Galaxy Note 3 to Xiaomi’s own Note. The idea was simple: to highlight how Xiaomi was offering more than the competition and yet managing to keep prices astonishingly low. 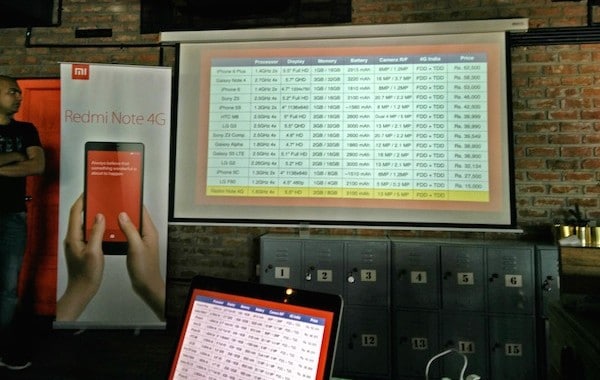 The slide did its work – it drew the regulation gasps from a number of onlookers. However, it also highlighted a rather strange phenomenon in the phone market today. It has been more than a year since Nokia’s Lumia 520 surprised everyone by rocking the Android order and become one of the most popular handsets in the sub-USD 200 price segment, and also since Motorola stunned everyone with its surprisingly low price of the Moto G.

The period since has seen what many (us included) have heralded as a new phase in smartphone pricing, with a number of Chinese players coming out with devices that feature relatively high-end specifications at prices that seem amazingly low: the OnePlus One, the Xiaomi Mi 3, the Lenovo Vibe Z2 Pro and Vibe X2, the Huawei Honour 6, the Gionee Elife E7 and the Asus ZenFone series. And this has spurred a whole lot of “value for money has been redefined at the top end” comments and articles.

The big question, however, is: has it?

The old order changeth… not!

For, while there is no doubt that the likes of Xiaomi, Motorola, Lenovo and OnePlus have shown that it is possible to deliver flagship-level specifications at prices that are much lower than those being charged by ‘established’ players, this does not seem to be affecting the established players themselves much. At least, not in a manner that is visible on high-end smartphone price tags Or even mid-segment ones, for that matter.

Want a comparison? The Xiaomi Mi 3 cost Rs 13,999, the heavily specced Lenovo Vibe X2 cost Rs 19,999 and the OnePlus One is expected at a price well below Rs 25,000. In simple math, it is possible for a person to purchase a new Moto G, a Vibe Z2 Pro and the newly launched Redmi Note 4G, for a price that is lower than that of the Samsung Galaxy Note 4 and still have some change left in their pockets. Want another example: you can buy THREE Xiaomi Mi 3s for less than the price of the Nexus 6.

The really important point to note is that all these flagships from ‘established’ brands have been released well after the launch of lower priced alternatives from relatively newer players. So it is not as if Apple or Samsung was not aware that a Mi 3 or a OnePlus One did not exist. They knew all right. And went right ahead and priced their devices at three to four times their prices.

Some might point out that HTC priced its high-specced One M8 Eye at almost Rs 10,000 lesser than the original M8, but even that is well above what Lenovo is charging for what seem to be markedly superior specs & build on the Vibe Z2 Pro. And well, you even have Google, the champion of affordable Android, releasing a Nexus phone that costs more than one and half times of what its predecessor did.

So much for flagship prices coming down and value for money being redefined.

A question of attitude?

A number of people might put this lack of price change down to “arrogance” and “a refusal to believe the world is changing.” But that would be too simplistic and also imply that the people in charge in these phone companies are out of touch with the market. Knowing them, I doubt that is the case.

What, however, cannot be denied is that there is a tendency in the older players to charge higher prices. Most of their executives justify the prices on higher expenses incurred in research and development and logistics. “We are not only selling online. We have ad campaigns, promotions, retail networks… and all those cost money,” a member of one of their sales teams told me. Xiaomi’s Hugo Barra’s claim that his company is able to keep prices down because it focuses mainly on word of mouth promotion and sales through the Internet might seem to support this claim.

But what then of a company like Gionee which has pretty much followed the traditional route in making and selling phones in India – high profile ad campaigns, setting up retail stores and a service network? “We sell our devices offline. We sell through conventional retail. We have dedicated service expenses. Our devices are innovative – we had the world’s thinnest phone – and still do not cost a bomb,” Arvind Vohra of Gionee India had pointed out while discussing the Elife E7, a device with specs that beat the Nexus 5 (a device many considered to be the ultimate in affordable high-end smartphones) and cost lesser. Even Lenovo and Asus follow a mix of online and offline sales and have managed to keep prices on the lower side.

And yet, a number of players continue to charge prices that seem extravagant by most standards. “Of the whole lot, only Apple is spending a lot on software and hardware and is also not investing in local production,” a colleague in the media pointed out to me over coffee. “The others are all using Android and pretty much standard hardware. So on what basis are they charging these massive prices?”

Well, it might be because while the new range of devices is grabbing headlines, it is not exactly grabbing market share in proportions to worry the competition. Xiaomi’s militant pricing strategy has made it one of the leading players in the market, but it remains a decent distance behind Apple and Samsung. And in India, many of its competitors still consider it to be a near non-entity. “They have sold half a million phones in close to five months. We sell more in a week!” chortled a Micromax executive. Similarly, while Motorola was able to sell over a million phones in India, so was Apple, whose devices cost much more.

Which perhaps brings us to the point that is really hard to define – one of consumer perception. We saw an example of this at an Apple retailer’s showroom in Delhi, where when a consumer complained about the price of the iPhone 6 saying that a Mi 3 was available for much lesser, he was told very courteously, “Sir, ye Chinese phone nahin hai. Ye Apple hai. Quality ke liye kuchh dena padta hai.” (“Sir, this is not a Chinese phone. This is Apple. You will have to pay for quality.”). Similarly, a salesperson at a Samsung Smartphone store dismissed a Vibe Z2 Pro’s comparison with the Galaxy S5 with the line “Itne kam daam mein asli quality nahi aati.” (“You cannot get real quality for that low a price”). And of course, there is the inevitable comparison of a ‘premium’ phone with a ‘Mercedes’ and a lower priced one with an auto rickshaw.

And there perhaps one has the biggest reason for the continuing high price tags in the established phone brand order – the perception that quality does not come cheap. Notwithstanding our reviews of the Vibe Z2 Pro and the Honor 6, we were besieged with queries about whether the phones heat up and whether “the Chinese will be able to provide service.” There is also a little matter of ‘brand value.’ Many consumers still think that a company that advertises heavily clearly has something to talk about while those that try to go via social networks and sell solely through the Internet are inferior or worse, are performing poorly and are strapped for funds. There is a popular perception that Motorola released the Moto G and Moto E not because of any attempt to redefine smartphone price points but because the company was in trouble and was desperately trying to make money.

And it is this final frontier that the newer players need to conquer if smartphone prices are to really come down across brands. At the time of writing, they seem to have converted a lot of the geek crowd to their cause, but hey, the volumes – the REAL volumes – lie with the general public, which to a large extent remains doggedly cynical about anything that comes at a price that seems too good to be true. It is a segment that does not venture online often and does not read geek reviews. It is also the VAST majority in a country like India.

A classic example of this was the fifty-year-old mother of a friend who bought a Nokia Lumia 730 rather than a Xiaomi Mi 3 (which he had access to). Our friend showed her the Mi 3, explained why it was a good device to her, showed her reviews, told her that one device was a ‘flagship’ and the other a mid-segment one. She seemed convinced.

And promptly went and purchased a Lumia 730.

Her two-word rationale was simple and summed up the challenge the likes of Xiaomi face in the coming days:

The smartphone price revolution might have started. But we clearly have some way to go before a common person actually ponders whether to purchase a Lenovo Vibe Z2 Pro or an iPhone 6. The silver lining is that the likes of Xiaomi, Motorola, Lenovo, Gionee and Asus have rattled the cage. The cloud: the cage remains locked. So far.

Was this article helpful?
YesNo
TechPP is supported by our audience. We may earn affiliate commissions from buying links on this site.
Read Next
Samsung Galaxy Unpacked 2023: Galaxy S23 Ultra with 200MP, Galaxy Book 3 with...
#editorial #lenovo #samsung #smartphones #xiaomi