WhatsApp is the most popular messaging app in the world, with more than 600 million active users, with India alone boasting a user base of more than 70 million. And as the usage of smartphones around the world increases, so do WhatsApp’s numbers. But there are many who would like to be able to send and receive WhatsApp messages not only on their phones and tablets, but also on their bigger devices, like a desktop PC or a MAC. 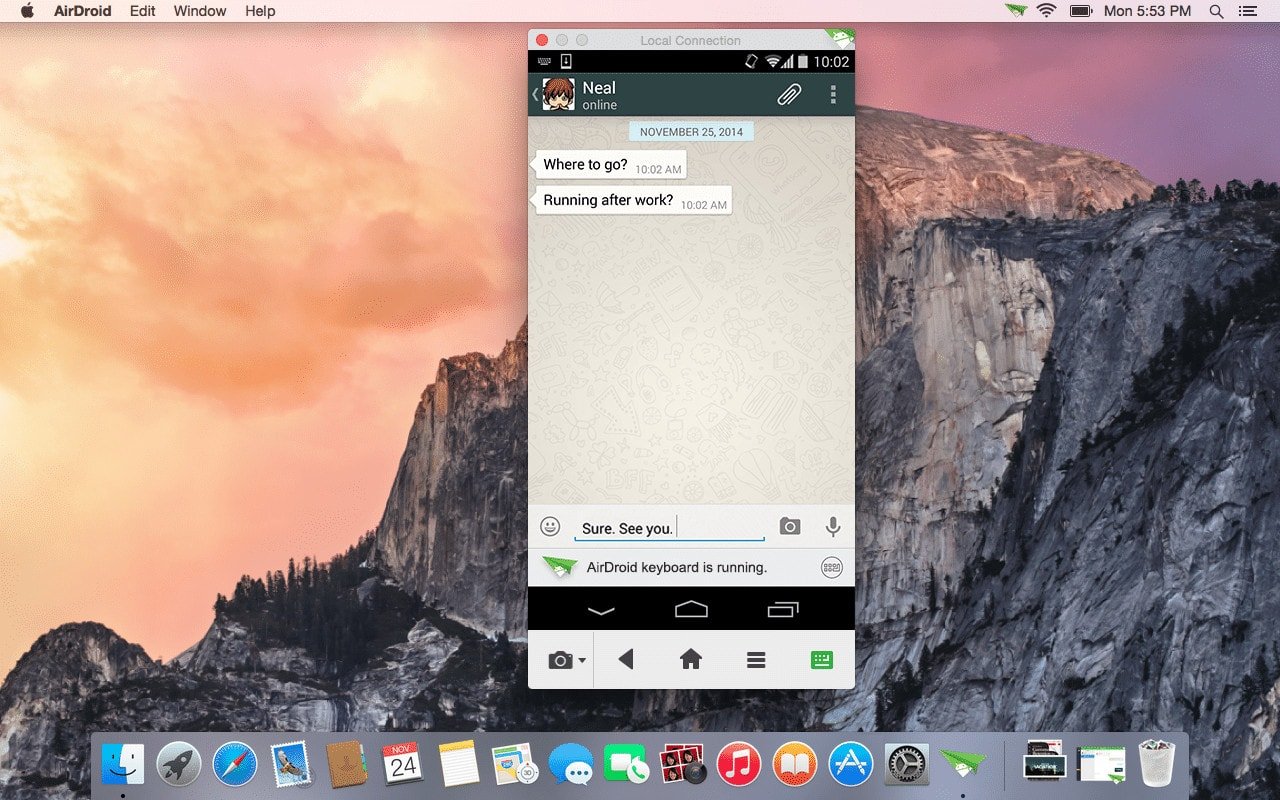 While this isn’t possible officially, there are various workarounds that one could try. One of the easiest seems to be AirDroid 3, a tool used by Android users to transfer files, paste text and links and access contacts and messages from their Web browsers to their mobile devices. The software has been recently updated with a native desktop app for Mac and PC, which brings better notification handling and remote device control.

So, now, by using the native desktop app for Mac and PC, you will be able to use WhatsApp for those moments when you are away from your phone. Version 3 of Air Droid comes with a clean interface that allows simple file transfers, reading and composing text messages, checking call logs and notifications from all apps, even including those it doesn’t support natively.

AirMirror is a new feature that lets you see and control your Android device right on your desktop. With your mouse, you can tap on buttons and fields and with your keyboard, you can type. But this will work only if your device is rooted or AirDroid-certified. AirDroid has improved a great deal its apps, but the web-based version still remains the best, as you can browse your device files, use the camera, locate them on a map, check out photos, take screenshots, change ringtones and much more.

By using this tool, you won’t be envious anymore at Apple users who can use Continuity and not even at BlackBerry customers who have Blend.