OnePlus One Gets an Alpha Build of Android 5.0 Lollipop; Company’s Own Non-Cyanogen ROM

OnePlus started 2014 with a bang by releasing its first community-driven smartphone which was also the first ever phone to officially ship with CyanogenMod ROM out of the box. But the company ended 2014 on an unhappy note following soured relations with the Cyanogen Inc, thanks to the legal tangle with Micromax in India. OnePlus had promised that it will be releasing the alpha version of its own custom ROM based on Android 5.0 Lollipop (which will eventually ship out of the box at least in India from February). And has done just that a the beginning of the new year. 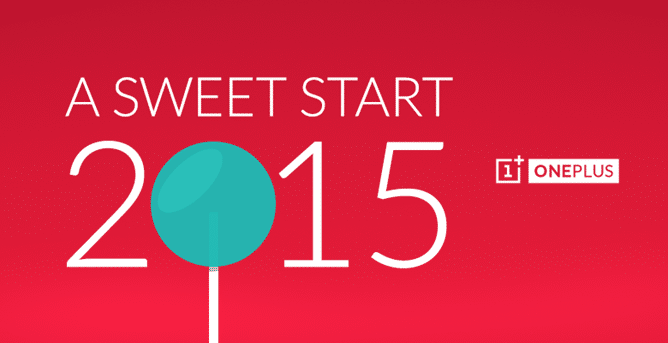 The alpha build of “yet to be named” custom ROM based on Android Lollipop is now available for download. OnePlus clarifies that the ROM is extremely close to “stock” AOSP and contains no extras as of now.

It’s the base that we will continue to build upon, improve, and customize as we stabilize core functionalities on the latest firmware updates.

OnePlus hopes to get the help from its user community to further develop this custom ROM, and eventually make it “customizable, yet bloat-free with stock-Android-like simplicity by default”.

The official announcement instructs One owners who want to try out the new ROM to flash it in the TWRP custom recovery, along with a ZIP file of GApps after doing a complete wipe of their phone’s system. The alpha ROM posted today will not receive OTA updates, and another wipe may be necessary to return users’ phones to standard software. Needless to say, this isn’t meant for the average Joe, so keep away if you’re not sure about what you’re getting into.

OnePlus is expected to release a production ready build of this new custom ROM by February 2015. Although OnePlus had a non-exclusive deal with Cyanogen to keep supporting the One for at least a couple of years, we are still unsure if we get to see CM 12s update for the existing devices.

How to Take a Screenshot on a OnePlus Smartphone
Read Next
Source: AndroidPolice