They have both arrived with a lot of fanfare in the Indian market. Both their manufacturers have had more than their fair share of legal wrangles. They both offer very decent hardware at surprisingly low prices. They are both in limited supply and are sold only online. So which one is the phone for you – the Cyanogen-laden YU Yureka which goes on sale today or Xiaomi’s Redmi Note 4G? We attempt to answer the question by comparing the two devices. 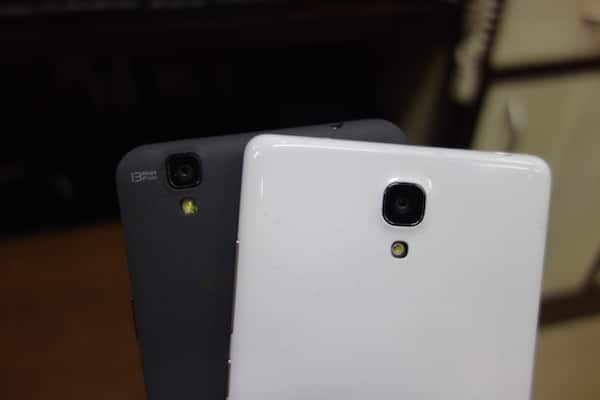 What lies above: Appearance and looks

The maxim “beauty lies in the eyes of the beholder” could well have been written keeping these two handsets in mind. For, although neither looks like the other, neither is an eyesore by any means. Honestly, we still think the Asus ZenFone 5 is the best looking sub-Rs 10,000 phone in the market, but these two are no plug uglies. Which of these is the one for you really boils down to your definition of beauty. If you covet thin and lighter phones, then the Yureka takes the cake – it is 8.8 mm thin as against the 9.5 mm of the Note 4G, and tips the scale at 155 grammes as against the significantly heavier 185 grammes of the Note 4G. The Yureka is also slightly less wide (78 mm against 78.7 mm) and only marginally taller than the Note 4G (154.8 mm to 154 mm), so is actually just a bit – a bit, we stress – more palm-friendly. That said, some would find the additional weight of the Note 4G reassuring as it gives the device a feeling of solidity.

Winner: It really is down to personal preference here – the slim-trim crowd will like the Yureka, the smart-solid one will hark to the Redmi Note 4G.

What lies beneath: the hardware 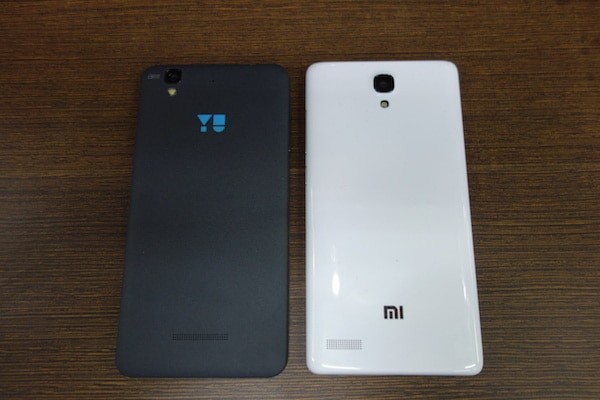 It is in the hardware that the battle between the two devices becomes really interesting. Check the following:

Winner: No, it is not as foregone a conclusion as some might have thought. The geek brigade will love the faster processor of the Yureka, but mainstream users will point to the greater expandable storage support and bigger battery of the Note 4G. And while geeks will agonise over the absence of a magnetometer compass on the Yureka, mainstream users will cheer for its dual SIM support. Again, your call, really. If battery mAhs, sensors and gigs of storage count, the Note 4G wins. If processor speed and dual SIM connectivity come into play, it is the Yureka for you.

What lies on the surface: software and UI 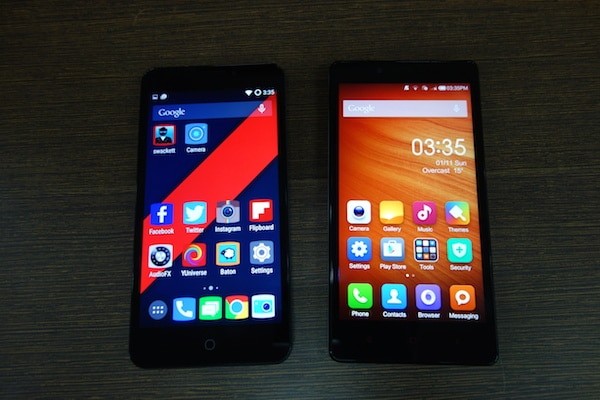 The software and interface is where, in our books, the real difference between the two devices lies. Yes, both run Android KitKat, although the Yureka runs a slightly newer version (4.4.4) as compared to the Note 4G (4.4.2), but both phones look as different as chalk and cheese for the users. That is because while the Yureka runs Cyanogen, the Redmi Note 4G comes with Xiaomi’s own MIUI interface. Each represents a very different philosophy – the MIUI comes with a number of bells and whistles and neat touches for the consumers (turning on the torch from the lock screen, the different languages keyboard from Swiftkey), while Cyanogen essentially places the interface in the hands of the users. The Redmi Note 4G’s interface looks more colorful, that of the Yureka more minimalistic. It is one heck of a battle, believe you us, not least because both Cyanogen and Xiaomi also follow a philosophy of constantly updating their software.

Winner: This is really going to separate the geeks from the general users. The geeks will almost universally love the customisation and control that Cyanogen offers letting them almost tailor the UI to their requirements. But the general consumer who wants a lot of features right out of the box with minimum fuss will love the MIUI on the Redmi Note 4G. Which one works for you? If you love to fiddle with interface, the Yureka. If you would rather just get everything installed right away, the Note 4G. 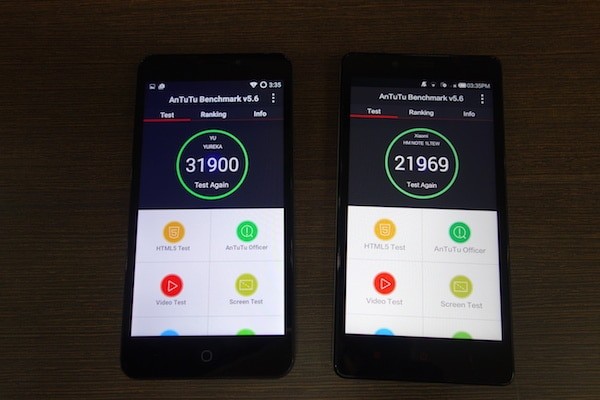 In terms of benchmarks, the Yureka pretty much demolished the Redmi Note 4G on the Antutu scores. However, there is more to phone performance than benchmarks, and in real life conditions, both phones ended up breathing down each other’s necks. Witness the following: Winner:
You want processor power and gaming muscle? Go for the Yureka.
You value multimedia? Go for the Redmi Note 4G.
Yeah, that simple.

When it comes to handling, you would have thought that the sleeker, lighter and slightly slighter (oh yes, we love that experssion) Yureka would have walked away with the title. But ah, as we have discovered since the time we started making comparisons, appearances and specs do not really count for much in the real world. We actually found ourselves liking the fact that the Note 4G had the volume and rocker keys on the same side (the right) as compared to the one-on-the-right (power) and one-on-the-left (volume) pattern of the Yureka. That said, there is no doubting that the Yureka was easier to manage with one hand.

Winner: This one is very close, really. We will ultimately side with the more compact Yureka, but yes, the button arrangement on the Note 4G is much the better, we think.

Winner: The Yureka. No qualms there. 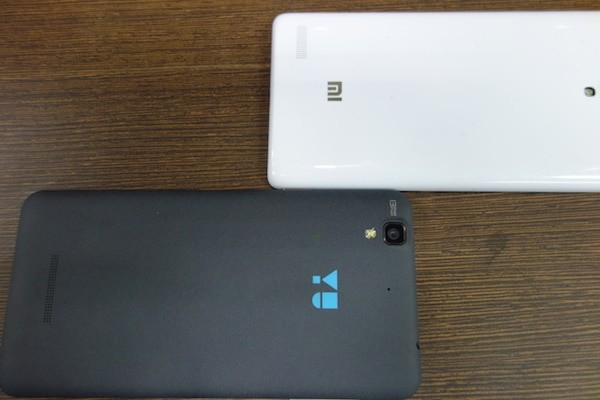 So which is the one: Mi or YU?
Take our word for it, we scratched our heads like the Devil over this one and well, all said and done, in the final balance, we think you need to ask yourself the following questions:

Do I want a newer, zippy processor?
The Yureka wins.

Do I want dual SIM connectivity?
The Yureka wins.

Do I want an interface I can control?
The Yureka wins.

Do I want a gaming barnstormer?
The Yureka wins.

Do I want an interface that has lots of features with minimum fuss?
The Redmi Note 4G wins

Do I want to spend as little money as possible?
The Yureka wins

Do looks matter a lot to me?
Look at both phones and pick whichever looks better – your eyes!

No, it is not simply a matter of adding which phone wins on more parameters. Take it from us, this is a heck of a difficult call to take. It really depends on what you consider to be important and to which factor you attach more weightage. We have seen people who rate camera performance more than the number of cores of a processor. And we have also seen those who don’t bother too much about battery life as long as they get their gaming fix without any dropped frames.

Speaking for ourselves, we would recommend the Redmi Note 4G to the mainstream user and the Yureka for the geek brigade which likes to tinker around with the liberties Cyanogen gives it.

But if we had to pick one phone? Ah, that’s really tight and might split us down the middle: I would probably opt for the Yureka thanks to my penchant for apps, but my camera and video loving better half would go for the Redmi Note 4G.

Yeah, it is that kind of choice.

Was this article helpful?
YesNo
TechPP is supported by our audience. We may earn affiliate commissions from buying links on this site.
Read Next
Snapdragon 782G vs Snapdragon 778G Plus: What Has Changed?
#comparison #Redmi Note 4G #Yureka