What a day it has been for Lenovo so far. The Chinese technology conglomerate announced a new interesting laptop that features a 3D camera, the second-generation 2-in-1 ThinkPad 10, and its first media casting device. But the company didn’t stop there. It is also giving us a sneak peek at the crazy innovating things it has been working on. 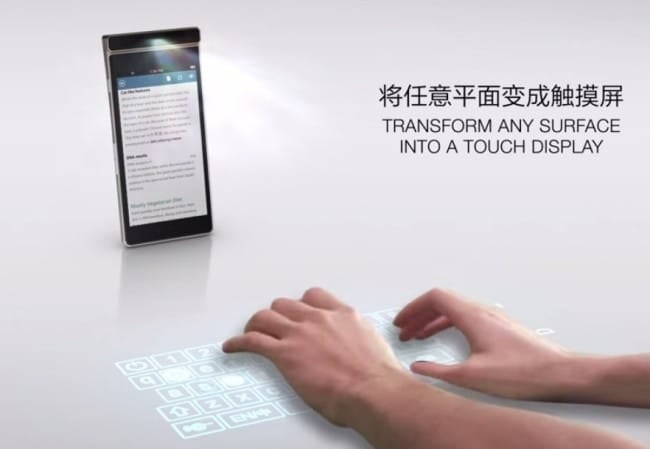 Meet Smart Case, the world’s first laser projection smartphone. We’ve seen a handful of smartphones with a tiny projector before, but the Smart Case is different. It comes with a built-in Pico projector and a gesture-based control system along with a kick-stand which allow it to transform any surface it projects content to into a smart display.

The company demonstrated the gesture-based capability of the Smart Case at its ongoing Tech World event. The projected surface allows one to manipulate with the content by using a virtual keyboard. The Smart Case incorporates a built-in rotating projector system which, as the company notes, allows users to project movies, shows, or even a video game onto any plane surface.

At the event, the company also demonstrated a new concept for a smartwatch. The Magic View watch from the company addresses the small screen size issue in smartwatches. The Magic View features two screens, wherein the first screen is the primary display and a second screen which acts as a virtual interactive image. 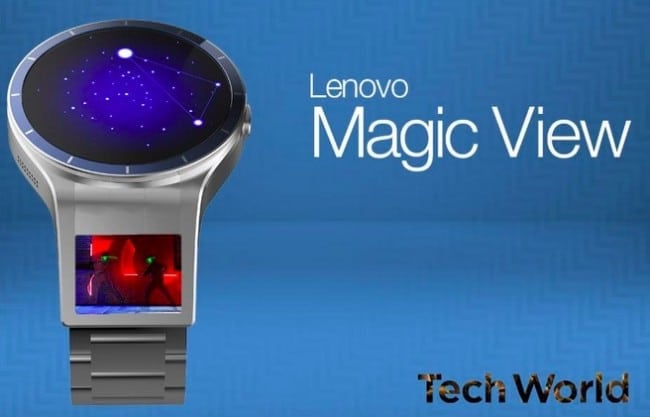 It sort of tries to remove the limitations of the main screen — which can’t display things large enough — by using optical reflections to produce a virtual image 20 times larger than the watch face.

The Magic View, as we mentioned above is only a concept for now, but the Smart Case smartphone could see the light of day soon. The company, however, doesn’t have a timeframe to tell us how soon we can purchase it from our local retail shops.

Disclosure: The editor of this blog was flown in by Lenovo to Beijing to cover the Lenovo TechWorld event.

Was this article helpful?
YesNo
TechPP is supported by our audience. We may earn affiliate commissions from buying links on this site.
Read Next
Lenovo Legion 5i Pro Review: Legion Or Legend?
#lenovo #Magic View #Projector Smartphone #Smart Case #Smartwatch #Tech World