Another month, another Chinese smartphone maker arrives in India. After Meizu’s and ZTE Nubia’s recent foray into the Indian market, Phicomm debuts in the country today with the launch of Passion 660, its first 4G LTE capable smartphone. The phone, which competes with the likes of Mi 4i and m1 note, will be available for purchase at Rs 10,999 from e-commerce portal Amazon India next week. 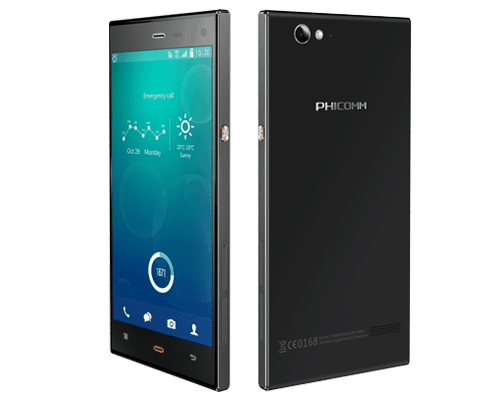 If you like the M1 note and Mi 4i — two top-of-the-line smartphones in the sub-Rs 15,000 range, you will probably find the Passion 660 interesting. Priced at just Rs 10,999 (lower than Xiaomi’s and Meizu’s best offerings), the Passion P660 delivers equally enticing hardware specifications. It sports a 5-inch display of FHD screen resolution (1920×1080 pixels). It is powered by a Snapdragon 615 octa-core chipset clocked at 1.5GHz which comes paired with Adreno 405 GPU and 2GB of RAM. It comes with 16GB internal storage and supports microSD card should you need more storage (unlike the Mi 4i which doesn’t support microSD card).

The Passion 660 weighs just 110g and pretty slim at 7.3mm. Phicomm has added an altimeter & barometer and claims that Passion 660 can act as a professional pedometer as well. There’s also stereo widening technology used to implement high end surround sound on headphones.

Other features of the handset include a 13-megapixel sensor at the back and a 5-megapixel shooter upfront. The LTE-capable smartphone sports dual SIM card slots, with only one of them supporting 4G LTE and the other doubles up as a microSD slot. It packs in a 2,300mAh battery to juice up the phone. On the software front, Passion 660 runs on Android 4.4 KitKat with Phicomm’s custom Expect UI 5.0 on top of it. This might be considered as a deal-breaker for some who expects at least the Android 5.0 Lollipop at a time when Google is already detailing the Android M.

The Phicomm Passion 660 comes in two colors — black and white — and will be available for sale on Amazon India starting June 9. While the phone seems to be beating everyone with its impressive price tag, we would suggest you to wait and go through impressions and reviews of it before making the purchase. As true with other companies, since Phicomm has just arrived in the country, it is very likely you won’t find the best customer service from the company if your phone runs into a problem.

Was this article helpful?
YesNo
TechPP is supported by our audience. We may earn affiliate commissions from buying links on this site.
#Phicomm Passion 660 #Xiaomi Mi 4i