Fairphone 2 is a Smart Modular Smartphone which Lets you Open, Repair and Replace Modules Yourself

When it comes to the concept of modular phones, Google’s Prroject Ara is the first name that comes in mind. However, there are other pioneering companies, such as Nexpaq or Fairphone. Described as a ‘ social enterprise with the aim to develop a smartphone designed and produced with minimal harm to people and planet,’ Fairphone is a company based in Netherlands with a rarely seen purpose in the aggressive mobile market. 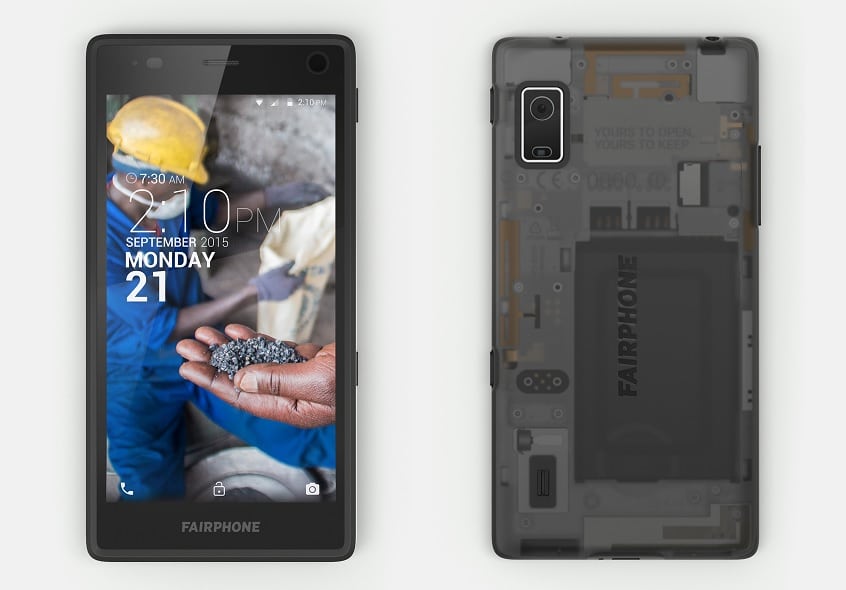 Fairphone’s motivation is to develop a mobile device which does not contain conflict minerals and which has been manufactured using fair labor conditions. We all know that there are very, very few OEMs out there who can make these affirmation, as the vast majority is looking to have increase their profit margins as much as possible. Fairphone claims to be different and better than the rest.

The first Fairphone smartphone debuted in 2013, and the company has managed to sell more than 60,000 units. Now they are ready to introduce the second-generation which comes with a new modular architecture. The Fairphone 2 is said to be released later this year, being entirely designed by the Dutch company, as the original Fairphone was based on a reference design purchased from a factory.

Let’s have a look at the tech specs of the Fairphone 2, which is still a prototype:

These aren’t exactly mind-blowing specs, that’s obvious, but what’s special about them is that all of them are modular and can be easily swapped by the user. The outside case of the phone is rubberized, but it slips off the body to allow easy access to its innards. What’s really cool about this device is that ff you break the screen, you can remove and replace it. This sure beats the amount of money any phone repair shop will ask.

And this seems to be the concept behind the Fairphone 2 – if parts of the device break, the users can simply replace them. Of course, the can replace them if he wants to upgrade his internal performance, as well. But the idea is to make this device last longer, instead of ditching it when something’s too expensive to repair.

Owners of the Fairphone 2 will be able to replace the camera, CPU, microphone and other parts very easy. Fairphone will provide the modules and all the users has to is to to remove a few screws and make the swap. Here’s what the company says regarding the concept of modularity:

As Owen Williams (he visited the Fairphone headquarters in Amsterdam and spent some time with the device) from TheNextWeb publication puts it, Fairphone is a

With its second-generation smartphone, the company is also interested to allow developers to port other operating systems to the device, as well, such as Jolla or Ubuntu. The Fairphone 2 will be available in Europe this fall for a price of €525, with pre-orders going live in the summer.

What is a QR code? How do you generate QR codes yourself?
Twiddle Spin: A Modular Kinetic Desk Toy to Unleash Your…
Voila AI Artist: Cartoon Yourself with the Power of AI
Lava MyZ lets customers customise and upgrade the smartphone
Amazon, Apple, Google, and Zigbee Alliance collaborate to…
Wondershare Repairit Online is a free web tool to repair…