My smartphone is a mess, and I know there are dozens of pictures inside that are just lying there and wasting precious space. And I never 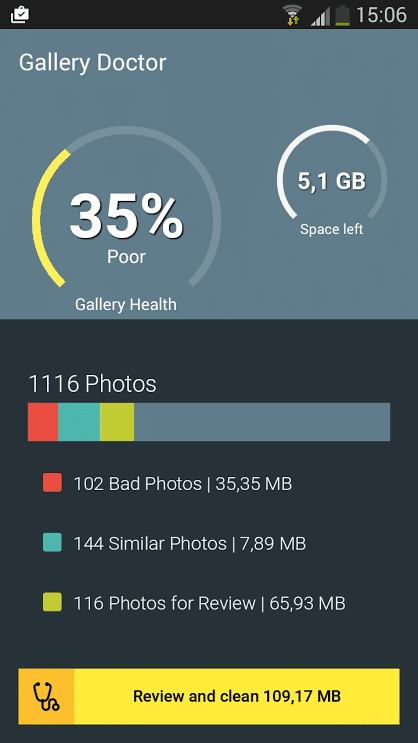 seem to find the right moment to clean things up and make way for new pictures. When my internal storage got full, I just inserted a microSD card to be able to save pictures.

Luckily, I stumbled across an Android app called Gallery Doctor which can help me with my problems. The app can automatically identify unwanted photos in your gallery and then lets you easily remove those that you feel are taking up storage space.

The app lets you review and keep the photos you want, and clean and delete those that you don’t. After using the app, I found that it is indeed pretty accurate and lets you easily get rid of quite a few of unwanted apps. 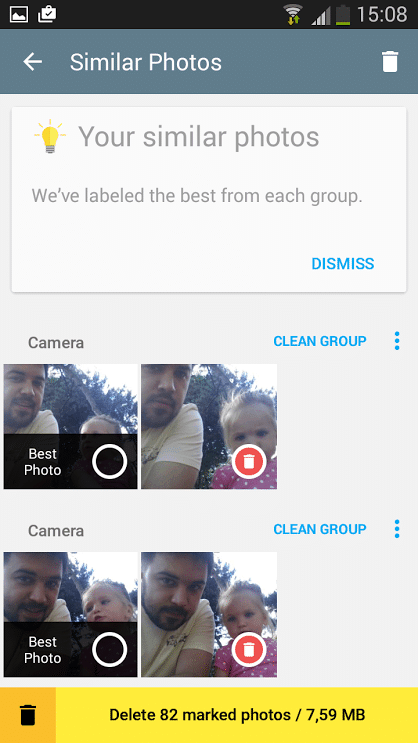 When running it, it had detected around 116 photos to be reviewed, which freed up around 110 megabytes of space from my device. It’s not a lot, but it’s good to know that things are looking cleaner. When using the app, I advise you not to trust it entirely, because there are certain pictures which it will mark as similar, but you still might want to keep them. That’s what’s nice about – it finds unwanted pictures, but it’s you who decides if they really need to be removed.

By ‘unwanted photos’ the app means the following – blurry shots, dark photos, photos with poor quality, similar photos and even boring shots. The app can get smarter over time as it learns which photos you don’t like and which you keep or clean. And, before you ask, Gallery Doctor does not store nor share any of your photos.

I wholeheartedly recommend the app to any Android users out there, so go ahead and download it from the Google Play Store and start tidying up things on your device.

Cleanup.pictures: The Best Tool to Remove Unwanted Objects…
Google Pixel 4 No Longer Allows You to Store Your Photos in…
How to Use iPhone Background Sounds to Mask Unwanted Noise
AirTag and Unwanted Tracking: Apple Releases New Privacy…
Fix WhatsApp Images Not Showing in Gallery (iPhone and…
Five Ways to Declutter and Free Up Space on Google Drive