Blackberry has been frantically trying to (re-)mark its presence in the smartphone market and attempts like the Blackberry Passport has been one of the step in this. The rumor mills, supported by several leaks pointed out at a Blackberry phone powered completely by Android. The smartphone codenamed Blackberry Venice has finally surfaced in the form of live pictures and the device in question is apparently a fully functional unit being checked out by the blokes at Techrum. 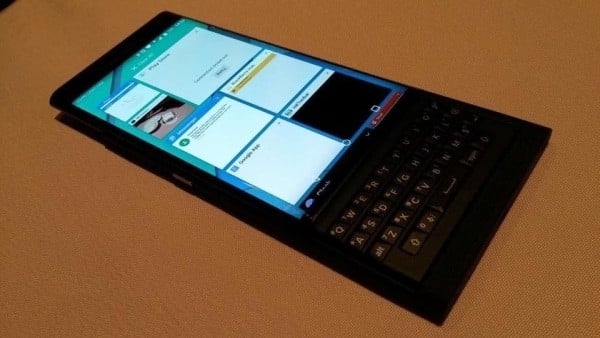 The Blackberry Venice offers both a trademark physical Qwerty keypad and a more convenient On-Screen keypad. The power button has been thankfully displaced from the top to the left side, just like most of the other smartphones. The most interesting aspect is the slider type formfactor which requires users to push the screen outwards in order to reveal the physical keyboard. 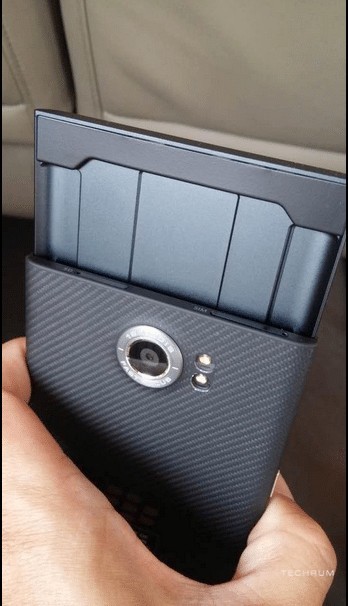 Blackberry Venice doesn’t look compact and if we go by the photos, it seems to be bulky and tall. The SIM and the Micro SD slots have been relocated to the top of the device. On the imaging front, Blackberry Venice incorporates a 18-Megapixel primary camera unit tagged alongside a dual-LED flash which boasts of features like Optical Image Stabilization and fast focus.

It would be interesting to see if this device will pull Blackberry out of the sinking ship or it will just fail to make a considerable impact, like the Blackberry Passport. One thing is for sure. Blackberry has got to offer more than just a QWERTY slider to find any success. How about timely security updates for Android to start with?

[First Cut] Xiaomi Mi Note 10: The Megapixel Wars are Back!
Microsoft Announces its First ARM-based Surface, the Surface…
IPL 2022 Live Streaming: How to Watch IPL Live in India, US,…
OnePlus Nord CE 5G Review: A Little More Than We Expected…
Redmi Note 9 Expected to be the First Smartphone with the…
Reliance Jio reportedly developing JioBook: an…