Google’s Nest Cam is one of the most popular connected home surveillance cameras currently available on the market, but there are other solutions, such as Dropcam. And now it seems that 127-years old American company Kodak wants to get in the game, as well. 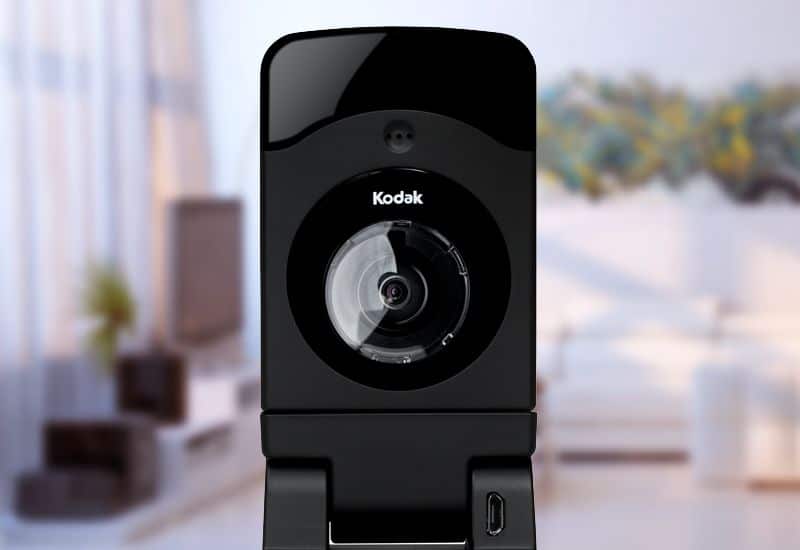 As the industry of imaging products has evolved and completely, Kodak has tried hard to remain relevant. But it hasn’t managed to retain the fame it once had, which prompted the company to explore other markets, even launching its own photo-focused smartphone. And now the company is exploring the market of surveillance cameras.

Kodak has released their new CFH-V20 camera as part of the Connected Family Home series. Kodak markets it as a video monitor that has the ability to view a 180° field without any moving parts. Thus you can pan, tilt, and zoom within the field of view electronically as the camera connects directly to your device via WiFi.

It comes with a companion app for iOS and Android users and allows you to create alerts and events. By using cloud based analytics, the camera can determine human based motion versus environmental events. It also comes with an automatic night mode, it can stream HD video and it can act as a two-way intercom, as well.

The Kodak CFH-V20 will send notifications based on detected motion when no one is home. Another cool feature is that the camera can also be used as a WiFi signal extender. Kodak’s camera also supports IFTTT integration, so if you know your way, then you can create some great recipes.

The camera is priced at $150, being cheaper by $50 than the Nest Cam. With your purchase you will also get a lifetime subscription to Kodak’s 1-day cloud storage, or a service that stores the last 24 hours of recorded footage for review at a later time.

Was this article helpful?
YesNo
TechPP is supported by our audience. We may earn affiliate commissions from buying links on this site.
Read Next
How to Detect Hidden Cameras Using Smartphone
#Cameras #kodak