The launch in India of the new Nexus devices, the Nexus 6P and the Nexus 5X saw the use of a word that has generally not been associated with the range.

Google India managing director Rajan Anandan and Global Director of Chrome and Android Marketing, David Shapiro, used the word time and again, especially while referring to the more expensive Nexus 6P. And a year after the company had been stressing the need to get Android out to the masses via the Android One initiative, it was talking about the massive growth in the premium segment of phones in India. “We have been surprised by the speed of the growth in the premium segment of the smartphone market in India,” Anandan said, clearly pointing out that the 6P was a Nexus for those with slightly deeper pockets. 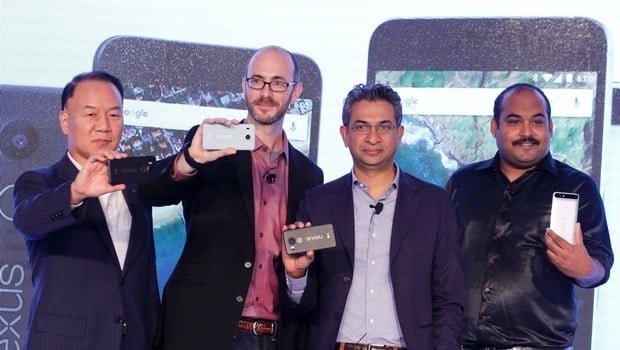 For some Android purists, this was a bit of a surprise, given the fact that the Nexus had in the past been considered to be a device for geeks who treasured Pure Android and did not want skinned and expensive devices from other manufacturers. And while most Nexus devices (with the 4 and 5 being excluded) were expensive, they were pretty much considered to be in a zone of their own and not comparable to other Android phones, as well, they were about pure Android and quick updates. Even the Nexus 6, which actually came with a higher price tag than the Nexus 6P – Rs 43,899 ($649) – did not lay claim to being a premium device with its relatively routine plastic build (heck, there was not even an event to launch it).

The Nexus 6P, although priced a tad lower at Rs 39,999 ($499), is a very contrary beast indeed, with its brilliant all metal body and distinctive camera unit. And right through the launch, stress was laid on how it offered a best in class performance. A lot of attention was focused on the two features that according to many people (us included) had stopped the Nexus range from being a mainstream option – the camera and battery life. Yes, there was talk of Android Marshmallow and what it brought to the phone, but this was clearly a presentation aimed as much as the geeks as at the mainstream user. The message was clear: “Hey, this is a great looking, great performing phone. Sure, it costs a lot of money but hey, it is worth it!”

And that really should add a new dimension to the Android flagship rivalry. For, in the past, expensive Android flagships, from the likes of LG, Samsung, Sony or HTC, had always taken on the iPhone as the adversary (although there was some sparring between LG and Samsung). Even relatively new players like Xiaomi, Asus, Lenovo and Meizu, preferred to consider the iPhone as the main competition, with other Android manufacturers mentioned mainly to stress the price difference. Be it in design or camera comparisons, it was the iPhone that was considered the enemy, with other Android phones coming into the picture only for the price comparisons or the benchmark scores.

Interestingly, the Nexus was seldom part of these comparisons. We did not see other manufacturers taking it on or comparing it with their own devices, because hey, Nexus was for the Geek at Heart. Sure, Nexus phones were good and ran pure Android, but none of them (barring perhaps the 4 with its glittery back) was a traffic stopper and well, their cameras were more mediocre than exceptional and battery life was generally on the lower side – a Nexus that lasted a day of heavy use was about as common as a Tyrannosaurus Rex in Chandni Chowk. And yes, that included the Nexus 6 as well.

We suspect that might change with the arrival of the 6P and the 5X – well, more with the 6P actually, given its design and hardware muscle (we love the compact feel of the 5X, really, but it is the junior of the two Nexii, to be brutally honest). This is a Nexus that screams ‘class’ with its metal build and design and well, with its price, as well – at the time of writing, you could get and LG G4 or a Samsung Galaxy S6 for a price in the vicinity of the Nexus 6p. And if it has indeed surmounted its camera and battery blues, those wanting a high-end Android device might suddenly start factoring the Nexus into their purchase equations, moving it out of the geek territory that it had occupied. 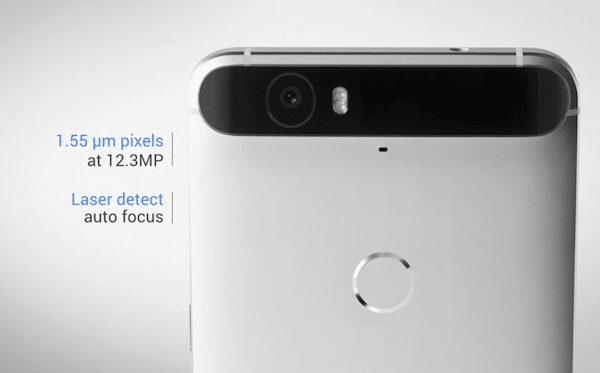 Of course, if that happens, it would also rather interestingly bring the Nexus into the range of fire of other Android manufacturers – something that has not really happened before. LG and Huawei might refrain from the battle, as the devices are their own, but others might not be so gentle.

“We are going to take the smartphone market by storm. You will have seen nothing like this,” Rajan Anandan predicted at the India launch.

We might not indeed. For, even when David Shapiro was comparing the size of the Nexus 6P with an unnamed phone (which had a very round home button beneath its display and looked right out of Cupertino), one of the mediapersons behind me whispered, “Dude, don’t compare it with the iPhone – that is much more expensive. Most people will compare it with the LG G4!” A similar comment was heard when the low light performance of the camera of the 6P was compared with that of iPhone 6s Plus and the Nexus 6, only this time the whisper also mentioned the Galaxy S6.

Of course, these are very early days and a lot will depend on the consumer response to the Nexus 6P and 5X. But if the devices do well, they might do so at the cost of not only the fruity-named Cupertino company but also their own Android brethren, who are unlikely to take to this kindly.

By making the Nexus unabashedly premium, Google might just have unleashed an Android civil war.

Was this article helpful?
YesNo
TechPP is supported by our audience. We may earn affiliate commissions from buying links on this site.
Read Next
How to Split Screen on Chromebook [3 Easy Ways]
#google #Nexus 5X #Nexus 6P