Remember how we had a boatload of fun with the MSQRD app that let people turn themselves into the characters they love/loathe the most. The app is similar to Dubsmash but it takes the entire affair a notch up and animates your face. Facebook has today confirmed that it has acquired MSQRD in a bid to level up with Snapchat after the latter acquired Looksery. 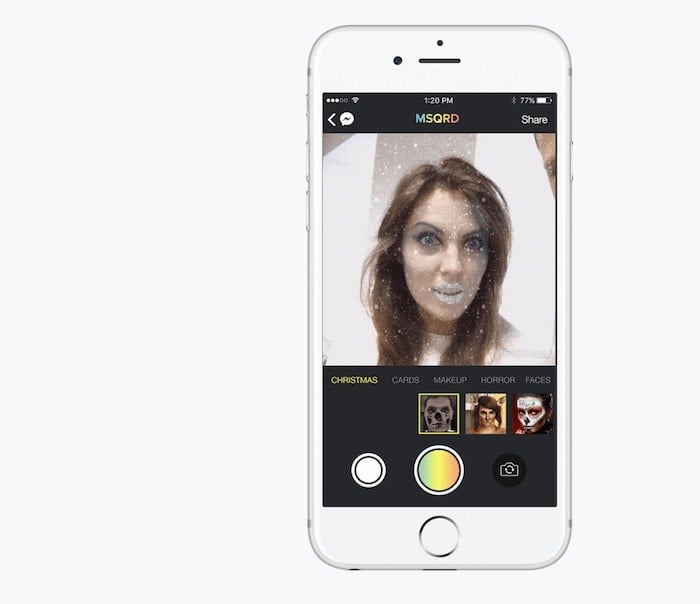 Masquerade, the developer behind MSQRD has confirmed that they will be a part of Facebook through the blog post while Facebook seems to have confirmed the same to Techcrunch. The app uses advacnced imaging technology to add filters for the photos and videos, and make them fun and engaging. The terms of the deal are still kept under the wraps and it is also not known how Facebook will be leveraging MSQRD’s features. That being said, the acquisition falls in line with Facebook aggressively expanding its video features. The news of acquisition comes shortly after a hoax that Apple had been acquiring MSQRD.

The app will retain its organisational structure and will continue to function as a standalone app. MSQRD has been soaring in popularity over the last month and has been eyed by the messaging services.

It is very likely that Facebook will bake in MSQRD’s imaging technology in its app and it is expected to lure in the youngsters who would love to have fun with wacky videos. Although Facebook boasts of a much demographically wider and larger user base than Snapchat, it still falls short when it comes to eye-catching features to hook in the young crowd. All this while Snapchat has been scoring brownie points with its self-destructing messages and now the inclusion of features like MSQRD is expected to give Facebook the much needed boost.

Was this article helpful?
YesNo
TechPP is supported by our audience. We may earn affiliate commissions from buying links on this site.
Read Next
How to See Liked Posts On Facebook [2022]
#facebook #MSQRD