Facebook’s social platform is nothing like what it used to be twelve years ago – a comprehensive hub for young college students to interact and connect with their colleagues. Invaded by business approaches and unfenced availability, almost everyone (1.7 Billion to be precise) uses Facebook whether they’re adults, kids, what have you. However, with a new standalone iOS application – Lifestage, the company is returning to its roots for enrolling the lost interest it used to celebrate before it became so open. 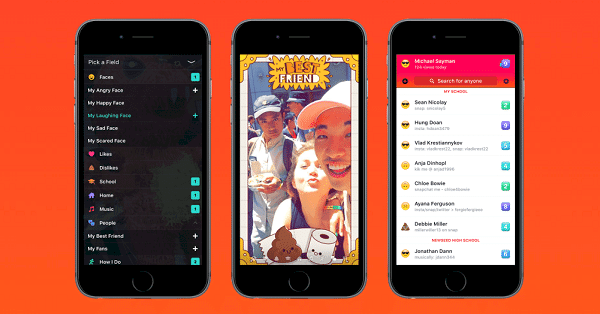 Lifestage is a straightforward take on Facebook’s biggest shortcoming right now – the lack of enthusiasm from the young generation. It resembles a video diary and allows users to describe their personal details strictly in a small video snippet. As soon as your friends’ update theirs, your feed will be updated. However, the crucial attraction it brings is the fact that only the people who’re 21 or younger can enroll. In case you’re 22 or older, you’ll be only able to view your profile, not someone else’s. The app’s initial setup process prompts you to enter your school’s details which can’t be altered later and it won’t let you use it unless there are twenty or more users already signed up from the same school. This is almost exactly how Facebook used to function in its early days, although, this time, the emphasis has been shifted to schools instead of colleges.

Lifestage also packs liberal blocking and reporting features for keeping adults at bay. Once you sign up, the app straight away takes you the camera. You can specify personal things like “my angry face” with a video and apply filters, stickers, and other usual editing stuff. The application has been developed by 19-year-old Michael Sayman who is a product manager at Facebook who stated in a conversion with TechCrunch that he wanted to revisit the concept Zuckerberg implemented when he started Facebook back in 2004. Additionally, Facebook is also clearly trying to lure in the audience that has deviated towards Snapchat’s widely popular service. Instagram recently gained the ability to post Stories which is an exact replica of Snapchat has been offering for years.

Was this article helpful?
YesNo
TechPP is supported by our audience. We may earn affiliate commissions from buying links on this site.
Read Next
7 Ways to Find Who Blocked You on Facebook
#applications #facebook #ios #Lifestage