How to Enable Freeform Floating Window Feature on Android 7.0 Nougat

Android Nougat is finally available on a select few devices and the seventh iteration of Android brings along with it a slew of new features. Just like always there are a few hidden features in the Android 7.0 as well. Floating screen is one such feature that can be activated without the need to give root access. The Floating screen will let you open multiple applications on the Android 7.0 and work on them simultaneously, much like the split screen functionality but with support for more than two apps. Also, it is most likely that this is the “freeform” windows mode Google has been hinting about. 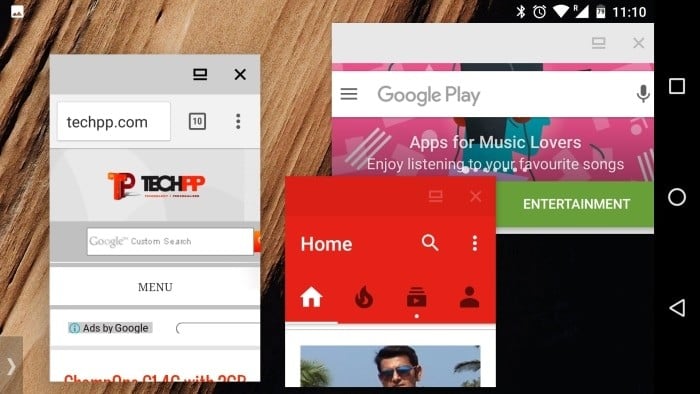 The prerequisites to activate this feature include Android 7.0 Nougat and Taskbar app from Playstore.

1.       Enabling Developer options-While some of us might have already activated the Developers Options here is how           even you can do so. Go to Settings>About phone>Build number (tap seven times.) Now return to the                 settings menu and here you will see that “Developer Option has been activated.”

2.       Go to Developers Option and enable “Force activities to be resizable”

3.       It’s recommended that you reboot your device for the changes to take place.

5.       After installing the app open and enable the “Freeform window support” option.

6.       Now enable the taskbar and exit the application. Now you will be able to see an app drawer at the corner left of           your home screen along with a trigger to pull it out. Clear all your recent apps (this is very important)

8.       Select the apps that you want to see in the floating form and resize the windows as per your convenience.

The feature is yet to be announced officially which means that the floating windows might be a bit buggy. I was able to simultaneously open and access 3-4 apps comfortably but the panning and the resizing features were still jittery. That said, this is a feature that most of the phablet and tablet owners would love to have.

How to Change the Windows 11 Taskbar Size
Read Next
Source: Reddit

Best Window Manager Apps for Mac in 2022
Microsoft Surface Laptop Go Review: The Best Window to…
Truecaller introduces Group Chat feature on Android and iOS
[Apple Blog] The one iPhone feature Android failed to copy
Chrome Reader Mode for Android: How to Enable Simplified…
The best feature of the iPhone 11 Pro? NOT the camera, or…