The wait is finally over. Apple has unveiled the new MacBook Pro lineup and the biggest upgrade apart from the performance, is the touch bar that resides above the keyboard. As leaked before, it essentially replaces the function keys and lets you perform the available contextually-aware actions based on gestures and taps. Hence, here are ten cool things you can do with it. 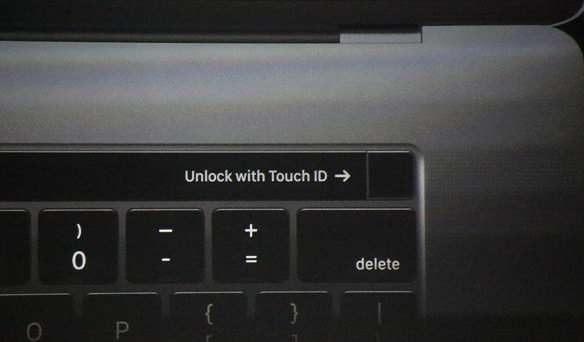 While browsing the web on Safari, the touch bar will show previews for the opened tabs. You can quickly switch between them, and there are several other shortcuts such as for going back, forward, bookmark, search, and more. 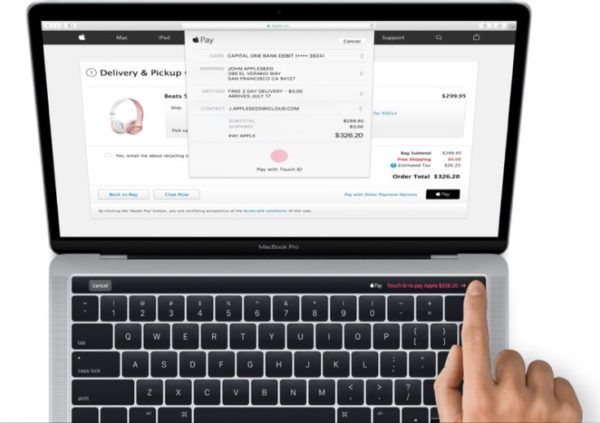 Yes, the new Macbook has a fingerprint scanner that doubles as a power button. It is located on the right side of the touch bar and does what it should, allows signing in on the touch of a finger. You can also use it to authenticate for Apple Pay and if your laptop has multiple users, it automatically recognizes the finger and logs in or switches workspace accordingly.

3. Scrub Through Photos and Videos

On the native Photos app, the touch bar will contain thumbnails for your images and video files which you can scroll through. Additionally, if you’re watching a video, you can forward or rewind it by dragging the timeline on the display. Moreover, buttons for various editing tools such as crop or straighten will also appear on it.

Of course, when you’re not in any specific app, touch bar will display the usual array of functions, physical keys for which have been buried in the past. These include brightness, playback, and volume control, escape, and others.

If you’re chatting on iMessage, text predictions, emojis, stickers will compliment the touch bar. You can tap to insert something directly or keep browsing right in the interface. Additionally, these options are completely user customizable using a drag and drop interface. 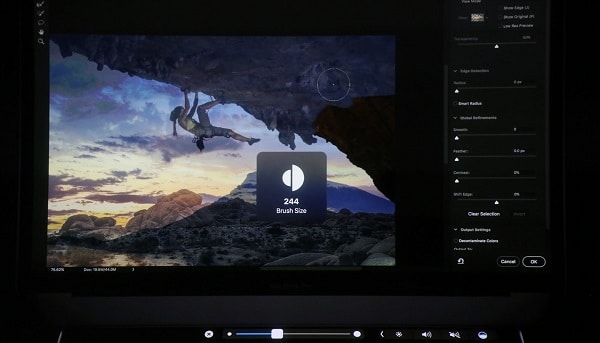 While editing photos on the Adobe’s Photoshop, users can also get a color palette for intricate color grading and image manipulation. You have the option for setting the opacity, and dark as well as light shades on the left-hand side. Additionally, you can personalize the touch bar based on your preferences and add any other shortcut such as brush sizes.

On the default navigation maps app on MacOS, the touch bar has been configured to show a series of quick links for attractions like restaurants, gas stations, shops, and a whole lot more.

On Apple’s Final Cut Pro video editing software, users can also browse the timeline. Furthermore, there will be quick controls for functions such as trimming, copy, and more. 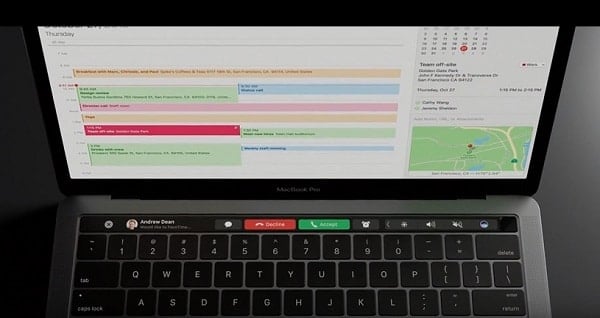 The touch bar on new MacBook Pro laptops also has support for FaceTime as one would expect. Hence, if you get a call, it will pop up a dialog with the recipient’s name, image, and buttons for answering and declining.

Algoriddim, a DJ software also announced support for the new touch bar hardware. When using their app, artists will be able to get fx controls, seek bars, equalizers, and more directly on the display.

Apple has yet again decided to skip the touchscreen and is betting big on the radically pitched touch bar. However, they still haven’t clearly stated whether they’re working on an API for third-party involvement. Nevertheless, it’s a long overdue upgrade and customers who were holding off their computer buying decisions, will surely go ahead with this anyway.

Was this article helpful?
YesNo
TechPP is supported by our audience. We may earn affiliate commissions from buying links on this site.
Read Next
Alert! You’re Hiding Sensitive Information From Your Images on iPhone W...
#apple #MacBook Pro #Touch Bar