Android Auto can Now be Used in Every Car With Bluetooth

Android auto has been around for a while but it has been restricted to the newer car models with a display. This also means that older cars will be starved of Android Auto till the time they switch to a new car. Well, this is set to change since Google has announced that the Android Auto will be available as a standalone phone app and this means that Android users owning earlier model of cars can enjoy this new feature as well. 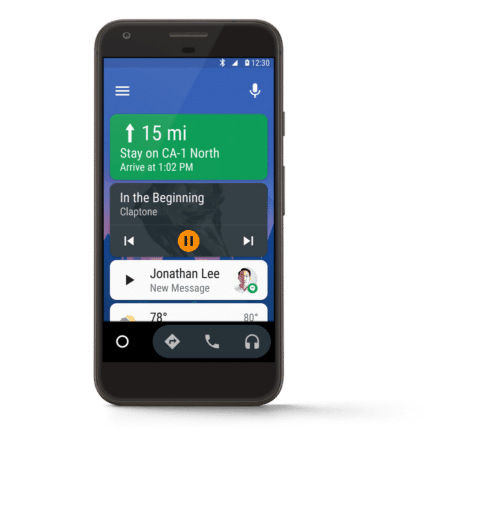 Android Auto helps the driver access a plethora of information on their phone handsfree, also, it lets them access the notifications, get directions, control the music and also fiddle around with the other settings. In order to access the new features make sure you have a device running Android 5.0 and later. Furthermore, its recommended that you get hold of a good smartphone mount to grip your phone. The app connects to the car audio’s Bluetooth and automatically pairs up once you are within the range.

Well, that said, you will still be needing a Bluetooth enabled car audio system, if your car audio doesn’t come with Bluetooth maybe you can consider buying one of these Bluetooth attachment dongles, like the one here. Google says that the Android Auto 2.0 update will be rolling out for more than 30 countries in the near future and one can sign up for the Android Auto Website in order to get timely updates about the availability.

Car audio ecosystems are nothing new we have been seeing Microsoft BlueSync in Fiat vehicles from nearly 8-years and the same goes with Ford. Now the question is that whether car buyers will prefer being locked to a mobile ecosystem, say Android or Apple. Something like Android auto that only needs Bluetooth is one of the best options a customer can have, on the other hand, the auto manufacturers can also start letting buyers choose between Android and Apple while buying a new car.

According to Google more than 200 new car models across 50 brands and with the new standalone app we are sure that the number of cars supported will skyrocket. Google has also integrated the services with third party apps including Spotify and Pandora, so next time you want to skip that one awful song in the playlist, just do so with voice commands.

How to find which of your iPhone photos used Deep Fusion
I Used the Galaxy Fold for a Week... And I Returned it
Missing SHAREit? Try Snapdrop, the AirDrop for every…
[First Cut] Samsung Galaxy S21 Ultra: Ultra in every way
Android Auto for Phone Screens is now Available for Download…
You Can Now Install Google Recorder with Live Transcribe on…