After the Samsung Galaxy Note 7 debacle, many users were left with little but no choice while choosing a decent phablet with a built-in stylus. Well, that’s exactly what Samsung’s Korean counterpart LG is targeting. Its latest smartphone that got unveiled at the CES 2017, is called the LG Stylo 3 and is precisely what the doctor ordered. 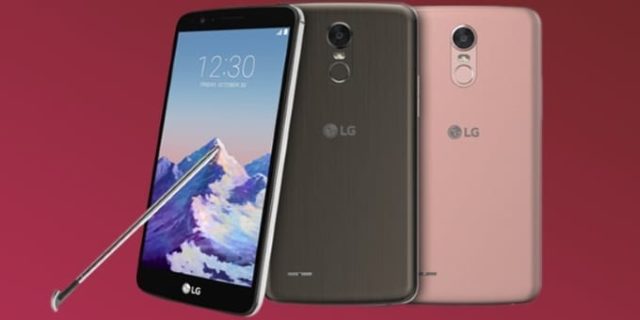 The LG Stylo 3 is the successor to the last year’s Stylo 2. With that said, it’s the same device that the Korean maker unveiled a month back in December. Yes, both the LG Stylus 3 and Stylo 3 are the same devices, with the only difference being the market availability and pricing. While LG is calling its device as Stylus 3 worldwide, it will be referring to as Stylo 3 exclusively in the US. Upfront, the latest phablet from LG packs a large 5.7 inch HD (1280 x 720px) In-Cell display. Powering, the LG Stylo 3 however is a Mediatek MT6750 octa core processor clocked at 1.5GHz each. This is clubbed with 3GB RAM and 16GB of onboard storage.

As for the optics, LG has packed in a 13MP rear shooter with dual LED flash onto the mid-range phablet. Besides, there’s an 8MP front facing camera located just above the display for clicking selfies. Considering, its phablet like dimensions and the power usage a 5.7 inch display warrants, LG has packed a modestly large 3,2000mAh battery on the inside. That said, apart from the stylus another interesting feature of the smartphone is that it runs on Android Nougat 7.0 out of the box. Apart from that, just like any mid-range phone of present date, LG Stylo 3 sports a Fingerprint Sensor.

With that said, despite packing a large battery on the inside, LG has kept the smartphone quite slim at just 7.4mm. In addition to that, the smartphone is quite light at 149g due to the use of a polycarbonate shell. As for the connectivity, the LG Stylo 3 comes with support for Bluetooth 4.2, GPS, WiFi 802.11 b/g/n, 4G LTE and USB 2.0.

The LG Stylo 3 which was showcased at CES 2017 will soon go on sale in US via various carrier tie-ups at an undisclosed price point. It will be available in two color options namely Metallic Titan and Pink Gold.