As our lives continue to depend extensively on smartphone apps, preserving space is getting even more difficult. OEMs have also, unfortunately, discarded SD card support in the majority of their lineups, and purchasing a higher-end variant with more internal storage and RAM is just not affordable for most customers. Fortunately, there’s still a way out, and don’t worry, I won’t force you to delete that game you haven’t played in a year (but, you should let it go seriously). The solution to your distress is switching to web apps. 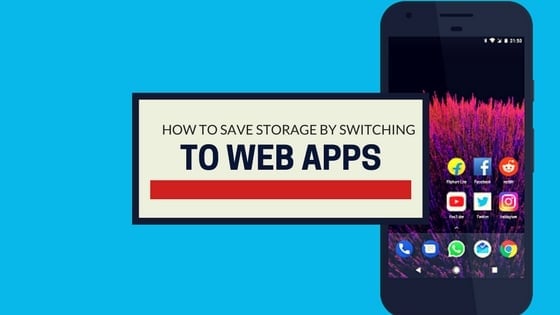 Developers and companies have been aggressively pushing these technologies over native ones since the past year. That’s primarily because of their omnipresent characteristics, and as they run inside a browser, and developers don’t need to create separate apps for all the platforms. However, unlike before, web apps have come a long way, and you don’t have to compromise much in order to make the switch especially if you’re on Android.

Google has launched several new APIs through which developers can integrate these web views with the device’s core. Hence, you can monitor their usage through the phone’s settings, open in an entirely disparate window, multitask between them, work offline, access them through the launcher’s drawer like any other normal app, and receive local notifications. Titled “progressive web apps”, they’re currently in beta and are not available in the stable build of Google Chrome.

So, are they usable? In most cases, yes. I’ve been solely living with web apps for the last two weeks. Of course, not every app has a web equivalent, but in my experience, I was able to ditch most of my frequently used native apps including Facebook, Twitter, Reddit, and more. And if you head into your phone’s settings, and check their size, it’s quite significant. For instance, Facebook’s official app and Messenger together consume over 500MB of your data, even more, if you have a ton of cache lying around. On the contrary, if you switch to Facebook’s web app, it will take around 100KB. That’s right, and you’ll only miss around 10% of features (such as live streaming), that too only if you’re an avid user. Furthermore, if you have a relatively underpowered smartphone that is struggling to keep up with your needs, web apps are a perfect getaway. They require negligible power and don’t bog down your phone in the background. You just need the browser, that’s it. 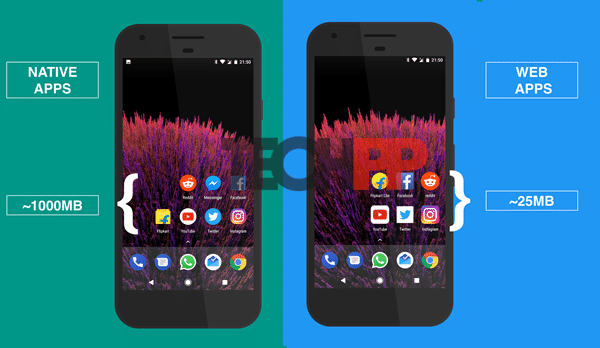 How to Add a Progressive Web App

Okay, you’ve decided to decamp. Here’s how you can get started, 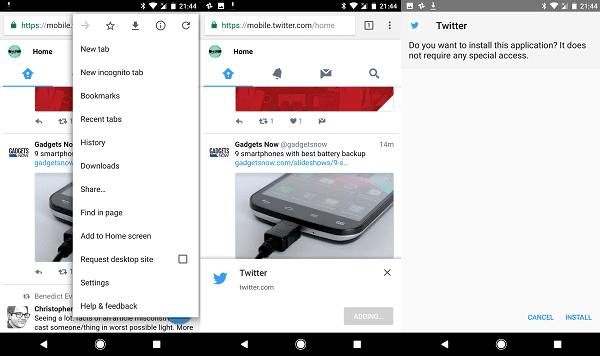 Google has been betting a lot of their efforts on web technologies such as their Chrome OS operating system. It will be interesting to see how the smartphone apps pan out in the future.

For now, this is all you need to know about switching to web apps, go on and save some storage and live in the browser. Do let us know in the comments section if we missed something or you’re stuck at a particular step.

How to Use Notion Web Clipper to Save Any Page on the Web to…
Microsoft 'Play My Emails' uses AI to save you time by…
How to change Screenshot Capture Format and Save Location on…
Is Virtual RAM in Android Really Useful? [FAQ]
Keysmith: Custom keyboard shortcuts for Mac and Web Apps
How to Download Spotify Songs to Local Storage on Android