Okay Google, Can You Stop Being Late at Everything?

Google has been the most eventful technology company in the past year. Autonomous cars, smartphones, home devices, you name it, chances are Google had a place there. While the majority of these products were received well by the industry, this haphazard need to ascend every field has led to a common feature which I think is now adversely impacting their products. I am here talking about deadlines and timing that Google has been missing out on lately. It may not be true for all the lineups they produce or it might not be affecting them currently, but the company is falling behind and has already managed to ruin some of its most crucial lineups.

Okay, let’s start off with their most recent venture – Android Wear 2.0 that is in fact, the prime example of Google messing up timelines. The update was delayed by an extensive and tedious period. And throughout this skirmish, the smartwatch market’s popularity and the wrist computer’s reason to exist faded away so fast, hardly anyone cares about Android wear anymore (or smartwatches in general) despite how well it has been designed. Some of the customers who were anticipating this big overhaul, migrated over to Apple land and others have dropped plans for buying one. This was just Google saying, “Hey, we can be good at smartwatches too, look.” But they miserably failed to perceive the smartwatch industry’s degraded condition, and now, it’s highly unlikely anyone’s going to notice how well Android Wear 2.0 has been integrated. Although, it also desperately needs better hardware. On the contrary, if Google had released it a few months ago, the holiday season would’ve definitely accentuated its presence.

Another ongoing disaster Google is fabricating – postponing updates that will potentially fix Android apps on Chrome OS. The company has an incredible window for coming out as a winner in the tablet arena, however, the scarcity of proper software integration is impeding this progress. Samsung’s recent Chromebook launch was criticized harshly mainly due to the state of Chrome OS. Chromebooks are great at handling the web but that won’t be enough to skyrocket their position in the market and thankfully, Google knows this and announced support for Android apps last year. But still, they are in a beta, and most of them don’t work or crash regularly. Concurrently, rivals are closing in quick – Microsoft is gearing to unveil its Microsoft 10 Cloud OS which will reportedly become Chrome OS’ ultimate contender.

These, though, were the products which will eventually fail if Google keeps delaying. There is a range of sectors which Google couldn’t conquer due to these issues. One such is their convoluted chatting world which is getting worse every day while they continue to maintain seven different platforms. Also, can we talk about Google Voice which was updated after FIVE years? I’ll leave that for you guys to discuss. Even the GBoard keyboard app took an insanely long time for arriving on Android. The list is endless. 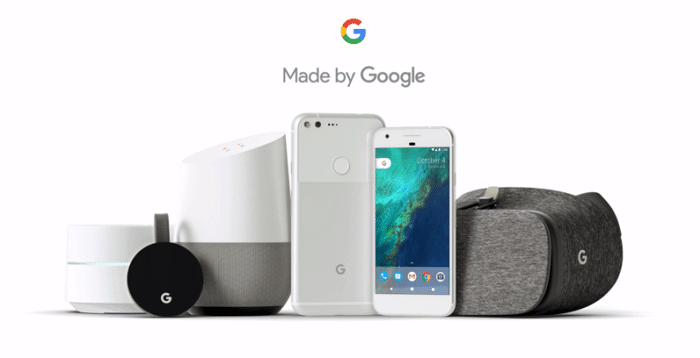 Lastly, I may be out on a limb here, but Google was kind of late with the Pixel smartphone too. For starters, they themselves have mentioned that the lack of time led to decisions such as axing waterproofing. Also, in terms of the timing, Google should’ve released the Pixel phone a bit earlier in my opinion. Now, I know they have a yearly hardware event, but get this – the Google Pixel competed directly with the iPhone which is a better phone for most customers who seek purchases in the premium category. Secondly, by the time people realized Pixel was partially a better phone, issues such as the audio or the shutdown bug started haunting its success. Here we are now where most Android manufacturers are prepping for their this year’s flagship launch. Which one are you going to prefer?

Even if you disagree with my Pixel argument, there’s no decline to the fact that Google is terrible with dates. The technology world is moving faster than ever, and if Google continues to dwell in their current situation, chances are they’ll lose most of their thriving products especially Chrome OS.

Take your time, Google, but not too much.