If you are relatively new to photography and are thinking of buying a DSLR, the chances are that you already have Nikon on top of your list, and have already been sucked into the great “Canon vs. Nikon” debate. And it is a fair chance also that one of the cameras coming into contention is the Nikon D5600, an entry-level DSLR, although you can get many DSLRs lower than its Rs. 53,450 (body) price. Should you opt for it? Being relative newbies in the space ourselves, we decided to find out. 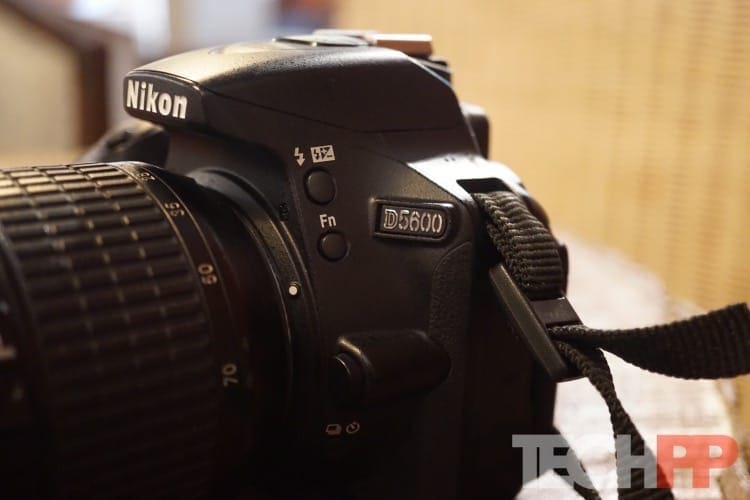 The Nikon D5600 is one of the smaller DSLRs in the market – a trend we welcome given the “bulky” image that DSLRs have. It is slightly lighter than the D5500, which it replaces, and is much lighter and smaller than the Canon EOS 800D, which is one of its competitors. In spite of keeping it compact, Nikon has managed to squeeze in a 3.2-inch LCD touchscreen which is bigger than the usual 3-inch screen that many cameras offer. Right above the screen is the viewfinder. The 3.2-inch screen is more suitable for reviewing images rather than using it as a viewfinder, but it is mostly a matter of choice – phone snappers might prefer the larger display, although classic DSLR users will scorn the very notion. And while the screen is surrounded by a number of physical controls, the screen itself is very helpful and can help you with all functions. One can of course also use the touchscreen which is responsive to control the camera. 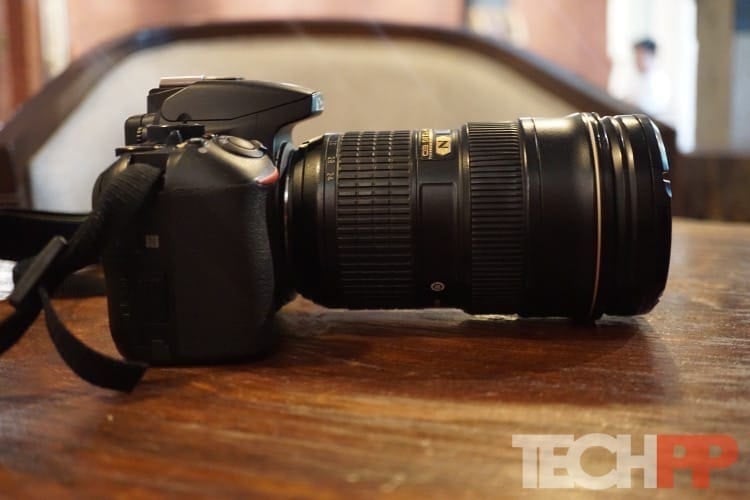 Speaking of buttons, there is a menu button above the screen, and dedicated buttons for zooming in and deleting pictures taken but these can not be customized. While the zoom out button can also work like a Help button and can offer tips to the users. The four-way button with an OK button in the middle of the back is assigned to autofocus point selection but can also be used for selecting menu options. There is also a dedicated button for information on the camera body. Right next to the screen there is a play button which leads you to the pictures taken from the camera. There is also an “i” button which JPEG/ RAW, White Balance and autofocus mode amongst other functions.

There are three basic dials on top of the camera body, where one is labeled as the main dial which helps you switch between modes including Auto mode, Scene, Effects. There is also a small pull-through button which when pulled can help you turn your screen into a viewfinder. The secondary dial also offers a number of modes Pet Portrait, Indoor, Party, Sunset and modes as such. Apart from there is also an On/Off switch. 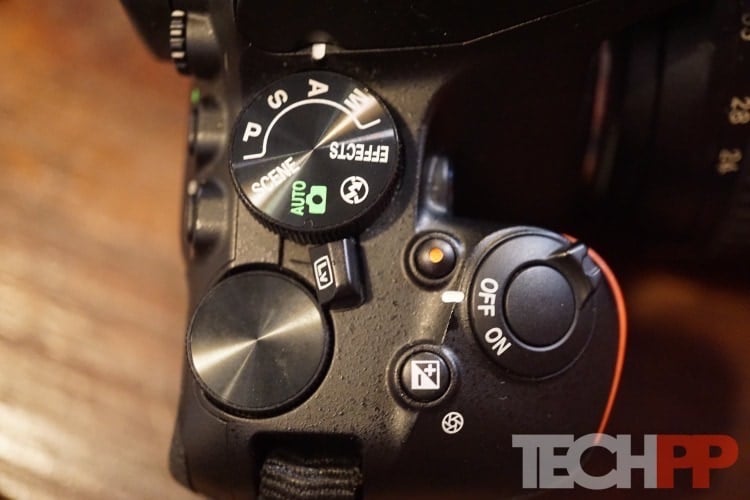 There are two flashes that the camera body offers, there is a small circular flash just next to the lens mount, and a bigger flash that the pops out of the top. There is also a hinge which allows you to attach an external flash to the device. You can also control the flash from a button present on the front left of the body. The same side also has the button to detach the lens from the camera and another button which offers different shooting modes.

In the end, although the camera is full of physical control buttons we felt it somewhere down the line was a little confusing and because some buttons did not have multiple usages, we think Nikon has just filled up the camera body with too many buttons on it which can be a little intimidating keeping in mind that it an entry level camera – someone like us, who use DSLR cameras for fairly basic photography, found the whole interface very cluttered, although some of our more photography-oriented friends were right at home with it. We do think that the camera comes with a learning curve as the interface has a number of menus and options – yes, we know that these are “standard” for DSLR users, especially Nikon veterans, but for a beginner like me (at which the camera is ostensibly targeted), these were a little too confusing.

We honestly wish manufacturers would either find a perfect blend of touch and buttons because that would make for a cleaner interface, but that could be some way away. All in all, the camera body itself is pretty compact which gives you a great hand feel and offers firm grip over the camera, making sure that it will not slip away. It is not going to scream for attention or stand out in the DSLR crowd, but then why would you want that – a DSLR is an identity in its own right!

A terrific performer (of course)

The Nikon D5600 does not come with life-altering specs or features that defy the laws of physics but is a basic step up from the Nikon D5500. The device offers 24.2-megapixel sensor, 39-point autofocus system, ISO of 100-25600, built-in Wi-Fi, Bluetooth and NFC, a microphone slot and an articulated touchscreen. Although the base model of the device comes with the traditional 18-55 mm “kit lens”, our review unit came with a more versatile 24-70 mm lens. We are not complaining. The 24-70 mm seemed more versatile than the kit lens, even though it is a little on the larger side, and kind of took away from the sheer compactness of the camera itself. 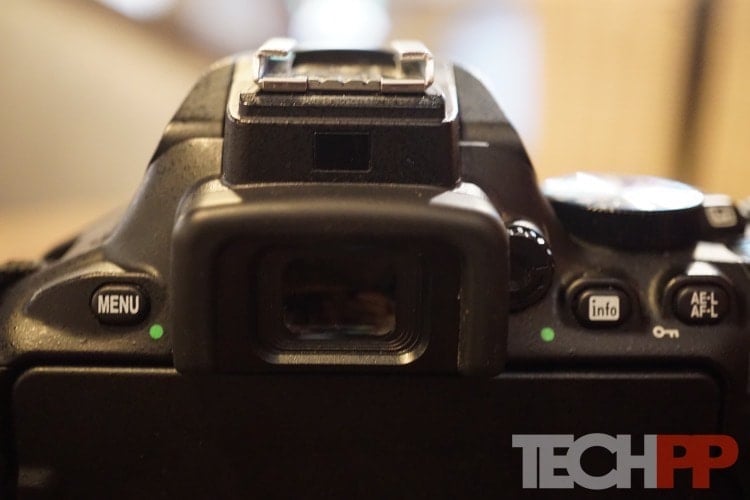 In terms of general performance, the Nikon D5600 pretty much has it in the bag, as expected. The camera is super fast and takes pictures in a fraction of seconds through the viewfinder, but while composing shots using the LCD, the device can take a bit longer. Viewing may take a bit of time because the camera takes a little time to process the image. Along with 39-point autofocus sensor, Nikon also offers 3D Tracking feature. This means the camera can track moving subjects around the frame, helping in better capturing of moving objects. And while we think it does not yet match the speed of the Sony A6000 in that department, it works reliably and definitely is a great option for anyone doing sports photography.

On Auto mode (the one we used most often), we sometimes felt like the camera was taking in a bit more light than it probably should have as the pictures turned out to be a little too bright. But otherwise, the pictures came out to be pretty sharp in terms of both, detail and color. The ISO range means that low light and indoor pictures come out pretty well too. The flash actually works like a flash does, filling the picture with light, rather than lighting up a small portion of it – it did take us some time to overcome our aversion to using it, courtesy our tendency to shut it down on our smartphones. Perhaps that is the biggest difference using a DSLR makes – low light photography becomes staggeringly good. 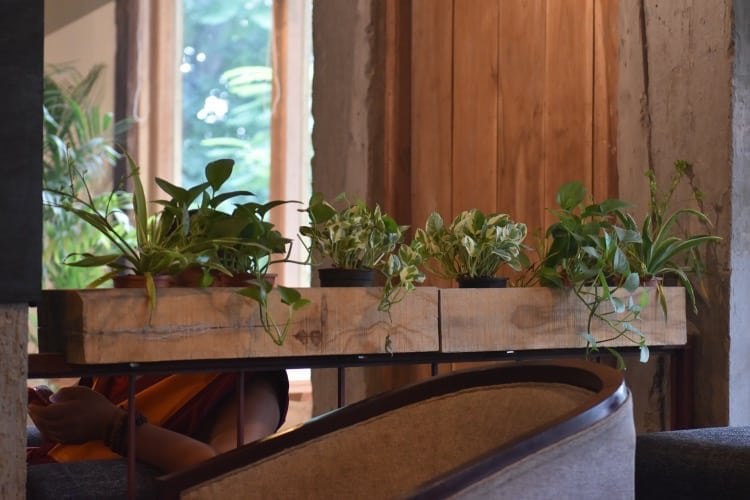 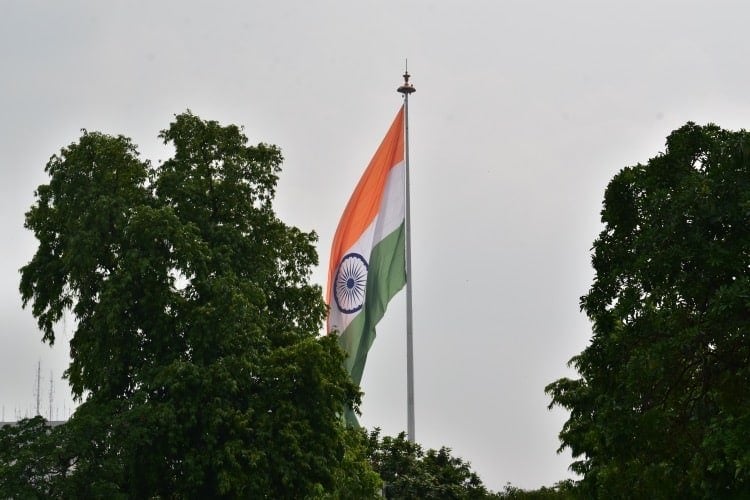 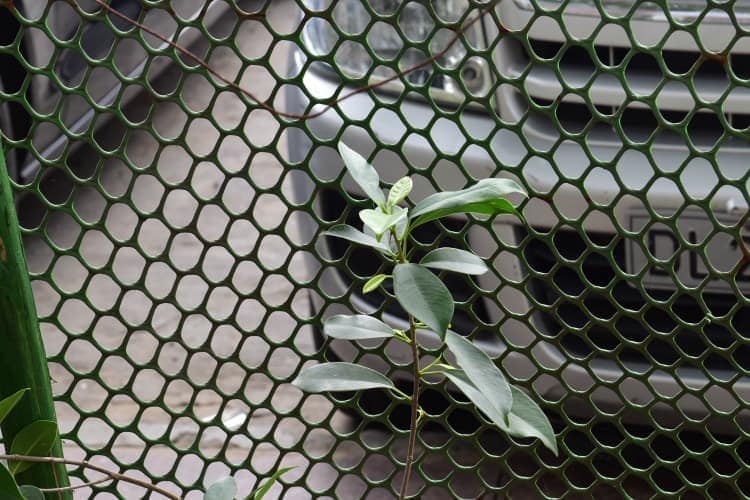 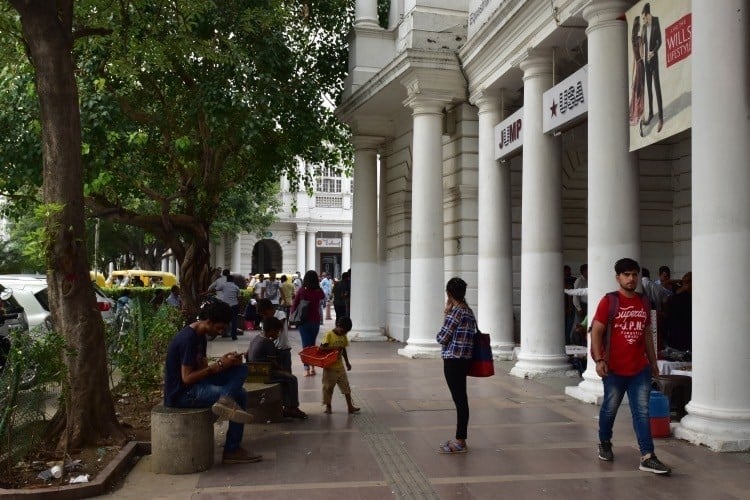 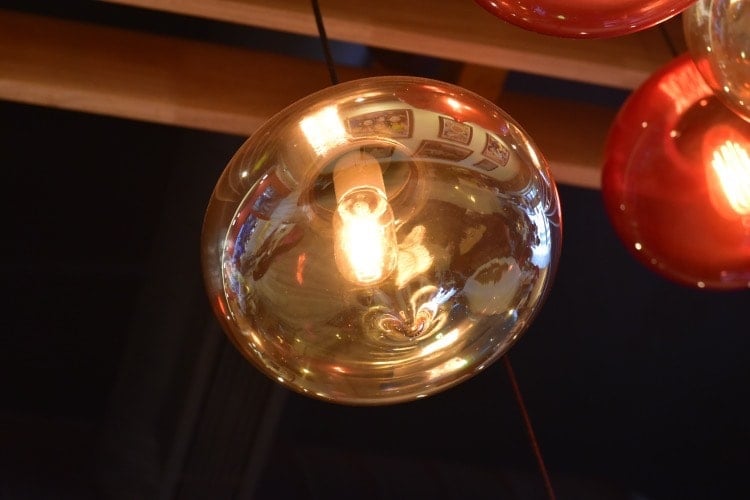 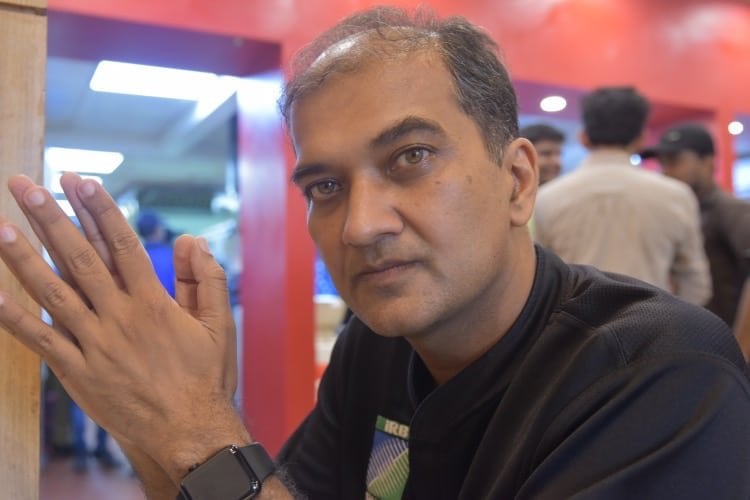 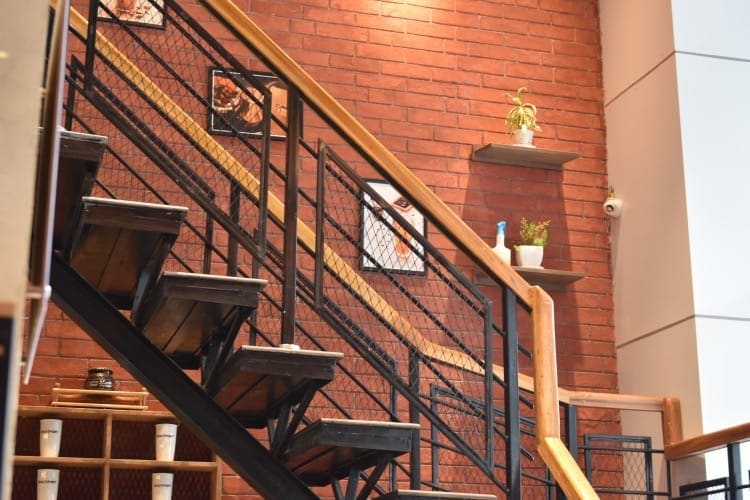 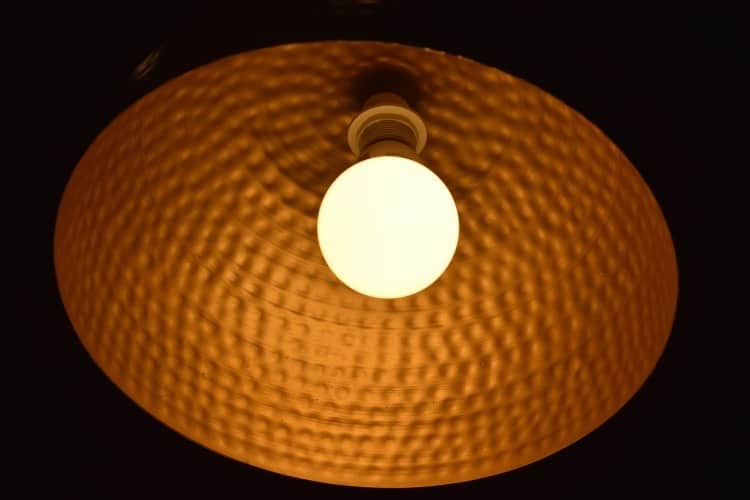 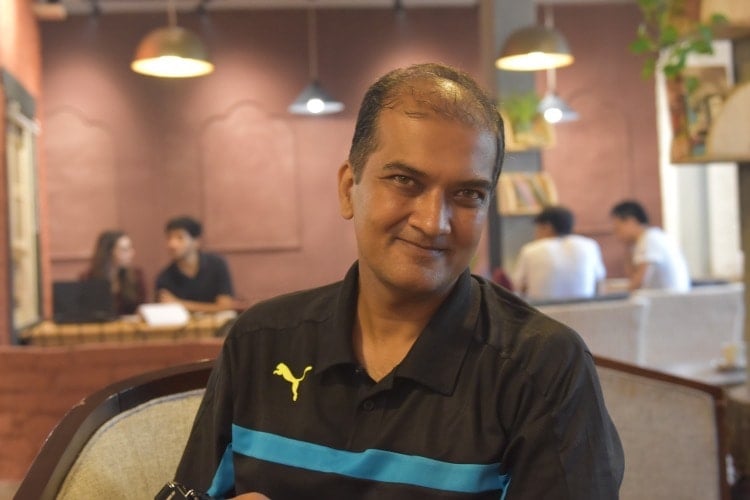 And of course, if you are up to playing with settings and modes, there is some serious photography muscle here, but this being mainly an entry-level DSLR, we suspect most people will be sticking to auto mode. We got some very good close ups, with great bokeh and depth of field effects, and snaps even in moving urban environments came out brilliantly. The camera works at a brisk rate, and we never felt that things were lagging. It is discernibly faster than lower priced DSLRs.

In terms of connectivity, the camera offers Wi-Fi, NFC and Bluetooth connectivity which will build a communication bridge between your camera and your smartphone or tablet. Bluetooth on the camera is a constant connecting option while Wi-Fi only works when required. Making transferring between the camera and your phone easy is SnapBridge, the much talked about connectivity option on new Nikon DSLRs. SnapBridge uses Bluetooth low-energy to transfer your photos to your device the moment you snap them (you will need to install the app on your iOS/Android device) – just remember that the default setting will transfer a 2.0-megapixel version of the image which is great for those who want to upload their shots right away to various social media sites, but those wanting full-sized copies will need to tweak settings. Mind you; we think SnapBridge needs a little work – sometimes it did not connect as smoothly as we would have liked. 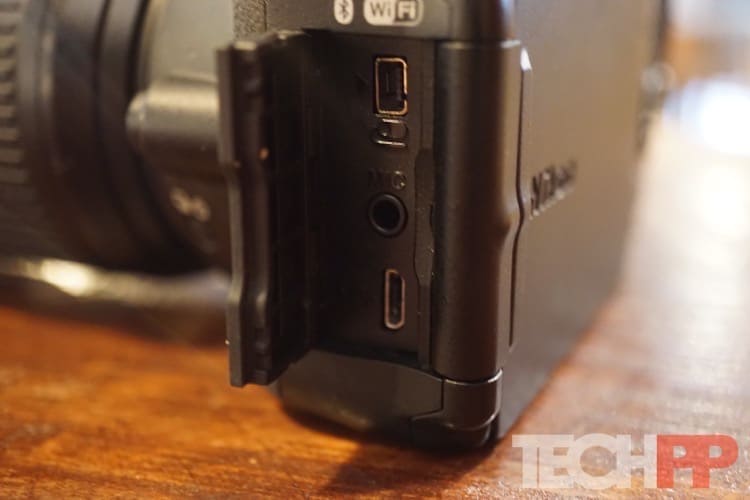 Moving to the battery of the device, the Nikon D5600 comes with a rechargeable Li-ion battery. During our review, the device worked well and lasted for days – we have heard it can easily go up to 900 odd shots. We did not take quite that many snaps on our unit, but had gone comfortably into a few hundreds on a fully charged device within a week and did not need a recharge. Yes, the battery needs to be removed and placed in a charging case, but we do not think you will be doing that too often. 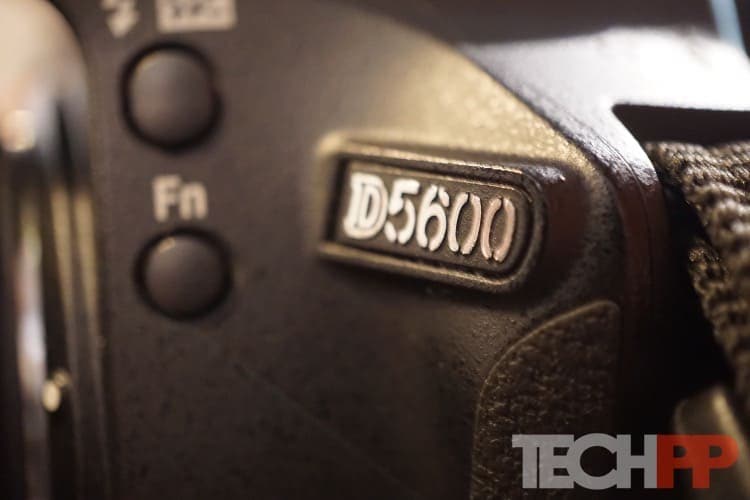 The Nikon D5600 priced at Rs. 53,450 is definitely a great camera for all those who want to move up from smartphones and point and shoot cameras and dip their toes in DSLR waters (the author is one) without being way too basic. Yes, there are more affordable DSLRs out there, but those do not have the turn of speed and battery life that the D5600 offers, not to mention the image quality (those autofocus points are not just for decoration – they actually help you take some really sharp shots). Even though we found ourselves mostly sticking to auto mode, the results we got were frankly very good indeed and well beyond what you get on most smartphone cameras (so much for the claims of DSLR quality that we hear). And yes, if you are ready to spend some time getting familiar with the interface, we are sure you will find yourselves taking astoundingly good pictures in no time at all. Yes, SnapBridge can be a little erratic, and the UI can seem overwhelming, and we are sure Canon loyalists will claim their cameras are easier to use, but that is another debate for another time. Looking for an entry-level compact DSLR with good hardware and terrific battery, and a stack of connectivity options? The Nikon D5600 is definitely one of the contenders!

Was this article helpful?
YesNo
TechPP is supported by our audience. We may earn affiliate commissions from buying links on this site.
Read Next
Nothing Phone (1) Review: Nothing like Anything Out There
#DSLR #Entry-level DSLR #Nikon #Nikon D5600 #review