There’s an app to Add movement to your pictures

It is a well-known fact that there is no shortage of apps that can help us edit our pictures. There are apps just for filters, apps to makes gifs, apps to include bokeh and now even social media apps offer various picture editing features. So while it may feel like there is nothing new that can be practically added to the array of different picture-filters and editing options, sometimes an app surfaces that proves that there may be just something which might help you take your picture editing game up a notch. 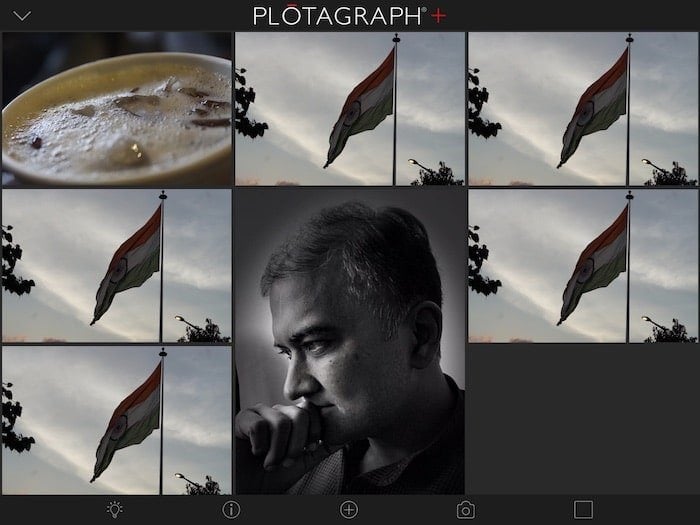 Plotagraph (or Plotagraph+ Photo Animator to use its full official name) is one such app. It is a photograph editing app that lets you add animation to your picture. And, for those thinking animations has something to do with animated characters or cartoons, let’s just clear the air by telling you: No. By animation, we mean that it allows you to move or bring movement to a static part of your picture. The app, which tips the scales at 96.6 MB, is available just on iOS devices (it is often demoed on the iPad Pro but trust us, it works just as well on the iPhone) and is priced at USD 4.99 (Rs. 400). Expensive? Well, that depends on how much you value what it delivers.

Plenty of assistance around

Generally, in the photo editing world, there are two kinds of apps (and they are poles apart): 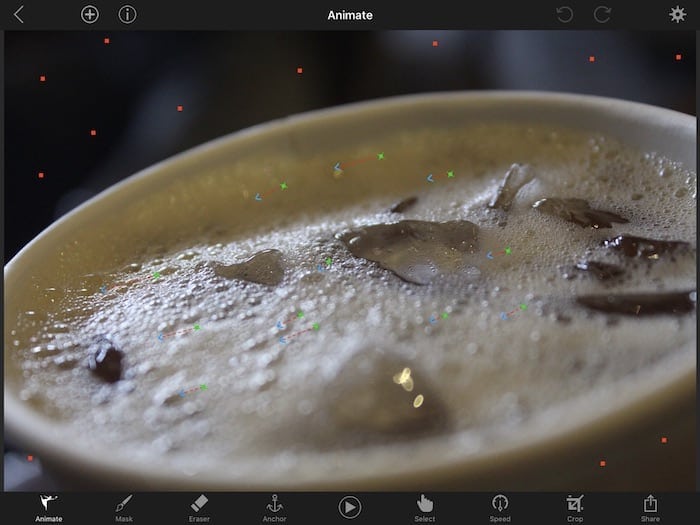 Plotagraph basically meets you halfway between these polar opposites. It definitely is a high-end photo editing application (hey, it is adding movement to a still image!) which allows you to edit your pictures but is not as difficult to use. When you first open the app, you will find a line of icons placed on the bottom of your iPhone’s screen (there is a larger array of icons on the iPad screen, but all said and done, you get the same options on both the devices). The main five icons are basically everything that you can do with the app. The first one, the bulb, is for the tutorial and while some of these can be a pain to the eyes and the mind, this one is just going to help you. The tutorial is comprehensive, brief, and accompanied by graphics which makes it a whole lot easier to understand what the app is all about. No, the app is not VERY complicated, but we would suggest going through the tutorial too – it helps. The second icon, “i” gives you tips on how to use the tools offered in the app correctly – yes, whatever the app lacks, it is certainly not assistance. The third icon is where the action starts – it lets you add images and cast the Plotagraph magic spell on. The fourth one allows you to take pictures through the app itself and the last one offers you sample images on which you can practice your skills.

When we first started using Plotagraph, it seemed a little complicated (we really should have paid more attention to the tutorial) but we got the hang of it after we used it a couple of times, and our edited pictures only got better. Once you select a picture to add motion to, a list of edit options appears on the base of your screen, the first one which says “animate” is the one that does wonders.

Once you select this, you will have arrows that you will have to place one the picture in the areas that you want to move and point them in the direction in which you want the part of the picture to move. The next option allows you to mask areas that you do not want to move, or keep still – you can erase part of these using the eraser option. There is also an anchor option that again helps you select the area that you do not want to move – similar to the mask, but here you do not have to shade areas but simply drop anchors on their outlines. The point of having two options is that the Mask can be used for bigger areas that need to be selected while the Anchor can be used while selecting a very teeny-weeny part of the picture or when you want to be super precise. You can also change the speed of the animation in the selected area, crop the picture, and share the end result on various social networking sites.

We used the app both on iPhone 7 Plus and iPad Pro, and it worked just fine. We think the app works better on the iPad Pro because it has a much bigger screen (duh!) which allows you to pay more attention to details and the fact that you can use the Apple Pencil on the iPad Pro, makes the process a little easier and a whole lot more precise.

When we first started using the app, it seemed a little difficult to be precise, but after a few efforts (especially with the Apple Pencil), we got the hang of it. As we used it, we understood that the app could only make things move in waves and ripples which means it works best with things that “flow”, like clouds or water. If you think to put moving arrows on a bird’s wings will make it flap its wings, you are so going to be disappointed. The app is magic when it comes to introducing movement in clouds and water, but when we put arrows on a concrete road, it seemed like it was flowing and not moving. Similarly, when we used the app to make a table around the Lenovo K8 Note move, the result was interesting but did look a trifle odd. Conclusion: the app can only make your subject flow and not literally move. You have to use it accordingly.

While there are some apps that have explored the feature of introducing the motion or making gifs out of images, there is nothing quite like this one. Plotagraph really adds another dimension to your pictures. What’s more, it offers flexibility, ease of use, and amazing results (once you get used to it). But adding motion to a static part of a picture is all that the application does. You can not really add filters, or edit the colors or temperature in the picture and have put cash on the line; we know that some users would want more from the app.

Still, there is no denying that We do not think there is any other application in the segment that offers this kind of feature blended with the ease of use that the app provides. And that definitely makes Plotagraph an app to try. We liked the app, but as we explored it more, we thought it was kind of limiting which means if a flowy movement is not your cup of tea, then we would suggest you keep it off your iOS devices. It is great for those who shoot lots of landscapes (especially of nature – the app’s urban utility is limited as buildings, cars and roads flowing seem spooky), but not really one for the selfie, food, and portrait crowd – imagine seeing your face melting or rock-solid in the middle of a lot of movement or your pizza flowing!

You can get Plotagraph+ Photo Animator for USD 4.99 (or Rs 400) at the time of writing from the iTunes App Store

How to Run iOS Apps on Mac [Guide]
Read Next