Google has always shown an interest in smartphone hardware. In the beginning were the Nexus devices, then came the Android One program and now the Pixel line of smartphones. On most occasions, Google has partnered with manufacturers, and it even acquired Motorola for a whopping USD 12.5 billion. And it has recently acquired part of HTC’s team for USD 1.1 billion. 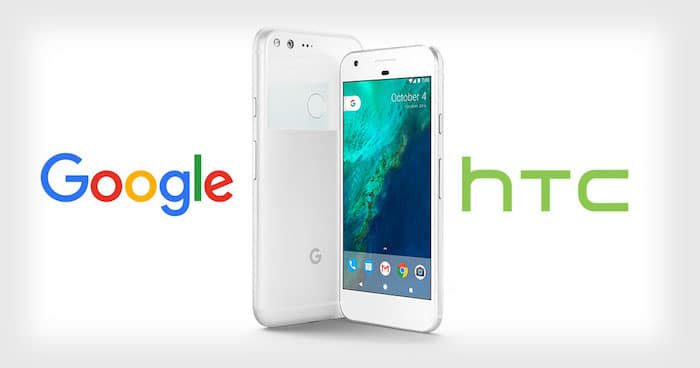 The HTC team acquisition is primarily focused on on-boarding the engineering and design team. Along with the engineering and design team, Google also gets access to the certain intellectual property, and around 2000 people from HTC would be joining Google. It is no wonder then that many people see the HTC move as a signal that Google wants to become a smartphone manufacturer. But I do not think that is the case.

Google main source of profit, actually pretty much its only source of profit, is its ad business which contains various sub units like Adwords, Adsense, etc. Google does not make any money out of the AOSP, but every time a GMS approved Android device ships in the market with Google pre-loaded apps and settings, Google makes money out of that device via ads, cuts in Play Store revenue, data collection, etc. In comparison, Google has never made much money out of it hardware businesses and all things considered, Google’s hardware units have often lost money.

It’s about the competition, stupid!

Both Apple and Google face a peculiar problem in the smartphone industry. The scale at which both the companies operate makes it imperative for both of them to maintain competition amongst their suppliers. For Apple, the main way it makes money is by selling iPhones. Thereby it is extremely essential for Apple to make sure that there is enough competition amongst its suppliers so that it does not face a scenario where its profits are squeezed because a particular supplier has a monopoly and demands an excessive rate for the components or technology that it supplies. 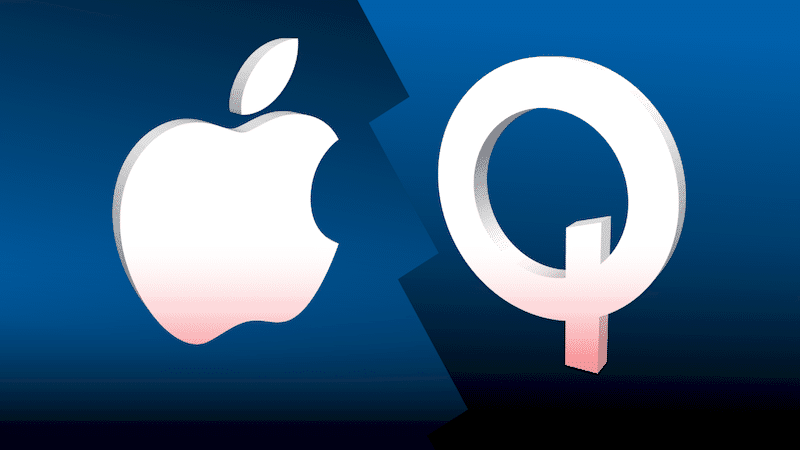 The need to maintain competition amongst suppliers is why Apple has chosen to drag Qualcomm to the court because Qualcomm’s monopoly on modem patents allows the company to demand very high patent royalties. This is also the reason why Apple decides to invest money in the buyout of a company like Toshiba which is one of its main memory suppliers. It is also why Apple decides to purchase components from Samsung even though Samsung is Apple’s main competitor in the smartphone business, which is Apple’s cash cow.

But these moves do not mean that Apple itself wants to enter into the component manufacturing sector. Apple’s financial help to various suppliers is just for the sake of maintaining competition and nothing else.

Now apply the same logic to Google. Google’s end product which actually makes money is the GMS version of Android. Considering that Android’s flexibility allows manufacturers to pre-install apps and services of their own which could directly compete with Google, Google also feels the need to maintain competition amongst its suppliers, which in Google’s case are the smartphone manufacturers. For, if one smartphone manufacturer has a lot of market share then it can be detrimental to Google and reduce its own leverage. In order to prevent that from happening, it is extremely important for Google to maintain competition amongst smartphone manufacturers and the acquisition of the HTC team is just one way to do this.

Been there, done that – Google and the art of spurring competition

Google has always referred to the Nexus as a concept device. The Nexus was something which was supposed to showcase the way in which Android is supposed to be used and is supposed to present itself. However, there is another component to the whole Nexus program that often gets forgotten., The manufacturer that made a particular generation of Nexus device was almost always the underdog in the smartphone market at that point in time. When Samsung made the Galaxy Nexus, it was an upcoming underdog in the smartphone market which was trying to overthrow HTC. Similarly, when LG was making the Nexus 4 and Nexus 5, it was again the upcoming underdog who was supposed to challenge Samsung. Then came Huawei for Nexus 6P. The same goes for Pixel where Google decided to go with the struggling HTC for the first generation and is rumored to go with both HTC and LG for the second generation – both of whom can be considered underdogs. 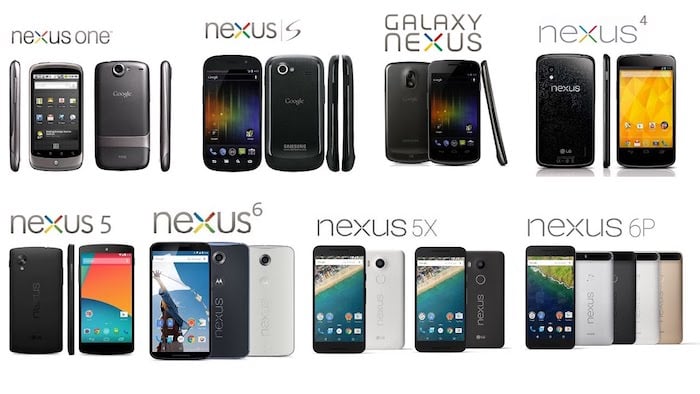 In short, Google has always tried to hand over the Nexus and Pixel contract to a struggling manufacturer or the one which was an underdog in the smartphone market. Just as how Apple decided to go with Intel for modems in the iPhone 7 and iPhone 7 Plus to maintain competition in the modem market, Google also has handed the Nexus and Pixel contract to manufacturers in a manner which would balance out the competition.

In the past, when one of the biggest threats looming over Android was Apple’s patent lawsuits against Samsung which was Google’s biggest partner, it was to protect Samsung and other manufacturers from Apple’s lawsuits that Google purchased Motorola Mobility. The main aim behind the purchase was the patent portfolio which Google has continued to hold onto even though Motorola has been since sold to Lenovo. Even the Motorola acquisition for Google was more about protecting its suppliers than to compete with them and I believe the HTC team acquisition has been made with the same motive.

However, this is where the problem lies. Out of the 34.4 million units that Huawei shipped in Q1 2017, approximately 20.8 million were shipped in China. That means that 60.4 percent of Huawei’s shipments occurred in China and I am pretty sure that the percentage of shipments that Oppo and Vivo sold in China is far greater as well.

Now the smartphones that Huawei, Oppo, and Vivo sold in China mean nothing for Google in monetary terms. Simply because all Google services and apps are blocked in mainland China, and the smartphones sold in mainland China run on AOSP on which Google makes no money. Therefore the fact that Samsung is the only non-Chinese Android manufacturer in the top five list makes its leverage over Google’s a rather strong one.

In fact, if one takes a holistic look at the smartphone market changes that have occurred over the past few years, it is clear that Samsung’s declining market share of global smartphone shipments has been because of its constantly deteriorating position in mainland China. But this in no way affects its leverage over Google as Google makes no money on smartphones shipped in China. In fact, Samsung’s grip on markets where Google does make money (like the US) has only tightened, thanks to the decline of HTC and the lackluster performance of LG and Sony.

Truth be told, despite commanding a relatively smaller global market share of smartphone shipments, Samsung has more leverage over Google now, and this is exactly why Google felt the need to invest in HTC, which was basically on life support. By purchasing HTC and making Pixel smartphones, Google can try and keep Samsung from becoming even more powerful or to put it in other words “maintain competition amongst its suppliers,” should someone like Samsung decide to go all in with Bixby, and drop Google Assistant. Another option would be to hope that LG becomes popular again and gives Samsung tough competition.

It’s not about selling Pixels, really

Even if Google manages to ship or sell millions of Pixels each quarter, it would still be nothing compared to the massive installed base that Samsung and Apple command. The smartphone market has largely matured in most markets and growth from here on would be slow, especially in the markets that Google targets with Pixel. At this juncture of the smartphone market, what matters more is the installed base rather than the quarterly smartphone shipments. Google, being an ad company, scale matters more to it than anything. 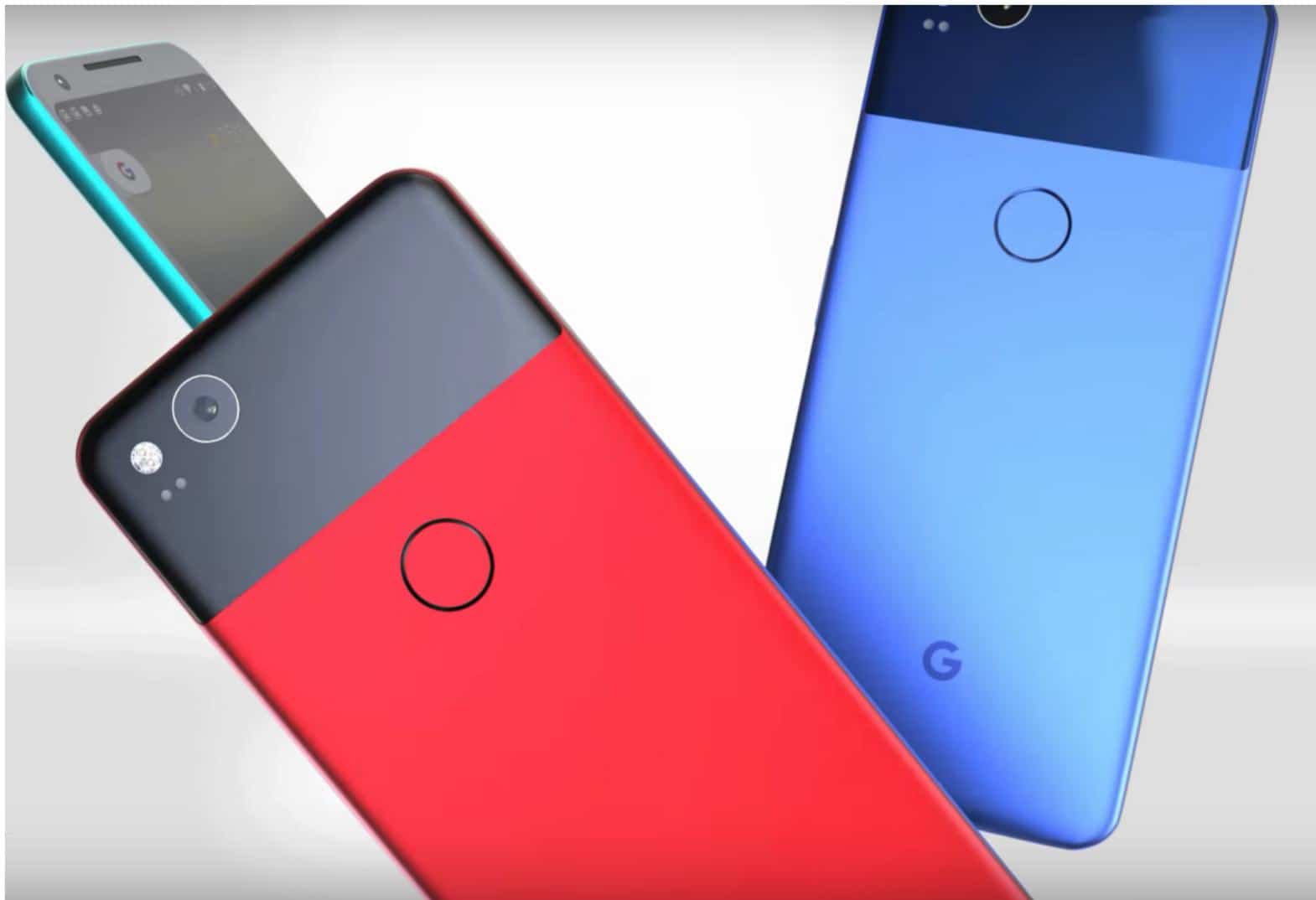 In such a scenario, no matter how well the Pixel smartphones sell, their installed base would always be smaller than what Samsung and Apple command. Google is obviously not looking to use Pixel as a profit source or entry into the smartphone market. What really helps the search giant make money is striking deals with Apple to put Google as the default search engine and not Bing – those are the kind of deals that drive traffic and bring in the ad Dollars at the end of the day. Which is why I think the Pixel and the HTC team acquisition are just tools in Google’s arsenal to keep its suppliers in check, especially Samsung, which happens to be the largest supplier.

Was this article helpful?
YesNo
TechPP is supported by our audience. We may earn affiliate commissions from buying links on this site.
Read Next
How to Fix Google Chrome Translate Not Working
#analysis #google #Google Pixel #HTC #nexus #Opinion