A few weeks before, we published a guide for theming MIUI’s notification center with the one from Stock Android. Turns out, a certain section of users were unhappy with Xiaomi’s Android skin and how it enforces a thick custom layer over each element of the software. But thankfully, MIUI has support for deeply integrating custom themes which will bring a Stock Android aesthetic to the entire skin, while you continue to enjoy other cool MIUI-only features like ‘Copy OTP’ and others. 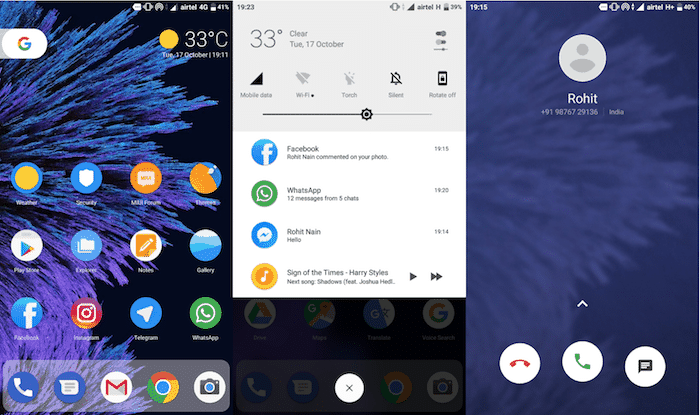 “Android Oreo Pro” is a stunning free theme for MIUI that revamps almost every aspect of the skin. This includes a range of core apps such as the dialer, settings, notification center, lock screen, icon pack and others. In addition to that, it even themes the home screen with changes inspired by the Pixel launcher like the weather widget on top and dock backdrop. It also replaces the boot animation with the one from Android Oreo and lets you double-tap on the home screen for switching wallpapers.

Another nifty perk it bundles is that it overhauls a few third-party applications like WhatsApp. “Android Oreo Pro” is indeed the most full-fledged stock Android theme you’ll find for MIUI. However, there are a couple of interface inconsistencies and performance hiccups at times. But I’m sure these will be fixed in the coming versions. 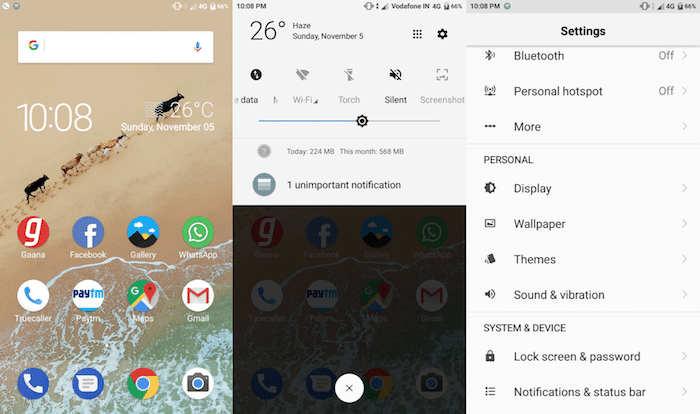 Another similar theme is called “Origin”. It’s free as well and comes with almost every feature “Android Oreo Pro” offers except for a couple. For starters, it doesn’t have the Pixel look and flaunts the default MIUI widget on the home screen. Furthermore, third-party app support isn’t present as well. Apart from that, however, you get all the benefits. Origin’s cornerstone, on the contrary, lies in the fact that it’s relatively a lot more stable and consistent across the software. Despite that, though, I would prefer “Android Oreo Pro” just for those extra perks. That being said, both are free and you can try them before settling for one. 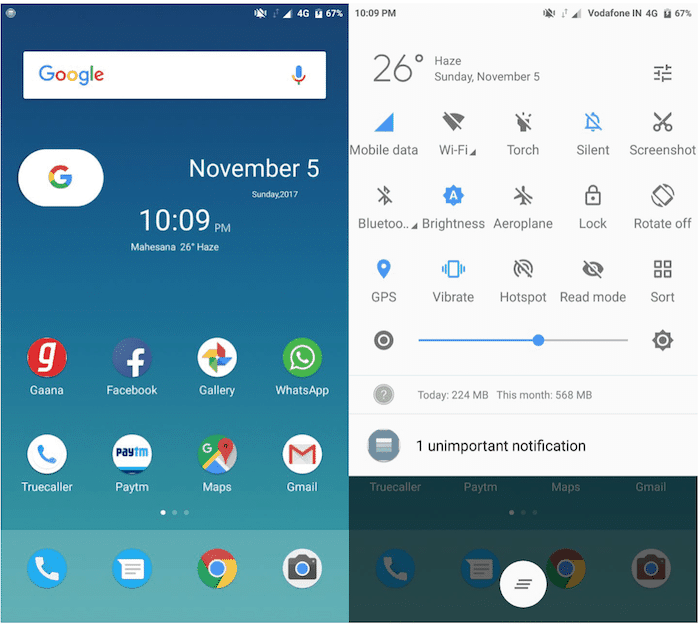 Lastly, we’ve “Pixel” which is also a free download. As the name suggests, this theme picks up some design cues from Google’s Pixel line of phones. These include a blue accent color over a white background across various sections like the notification panel and a rectangle-shaped subtle dock background. Other than that, it doesn’t feature anything for standing out and also lacks third-party app theming. You can download “Pixel” from the link down below.

While you’re at it, we also suggest checking out a free app which brings not only the look but the functionalities of stock Android’s notification panel to MIUI. You can learn all about here.

Those were some of the best stock Android themes for MIUI. Let us know in the comments section if we missed any good ones.

Was this article helpful?
YesNo
TechPP is supported by our audience. We may earn affiliate commissions from buying links on this site.
Read Next
25 Best WordPress eCommerce Themes for Your Online Store [2022]
#MIUI #Stock Android #themes #xiaomi