WhatsApp, a few days ago, rolled out one of the most highly awaited and talked about features to its messaging apps — the ability to retract sent messages. The update adds an additional option called “Delete for Everyone” in the delete menu which withdraws the data from both the phones or multiple of them if it’s a group chat. However, as it turns out, WhatsApp has left a little backdoor in the process, at least on Android which allows anyone to view these messages even after they’ve been deleted from the company’s servers. 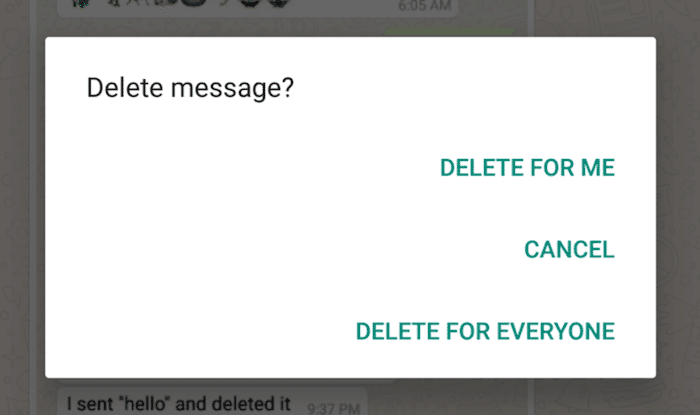 Why It’s Possible to Read Deleted WhatsApp Messages on Android

The issue concerns Android’s notification system which logs every incoming alert on the device. Hence, despite WhatsApp replacing the notification message with a placeholder like ‘the message has been deleted‘, there’s still a straightforward way to access it. The notification log isn’t restricted to root users either.

It’s, however, not possible to directly read this log through any native methods. Even if you do, the entry won’t display the content of a message. But it can be easily done by installing a simple third-party app. With this trick, although, you can’t read the messages you received before installing the app. In addition to that, you also won’t be able to retrieve the ones which you’ve seen already. 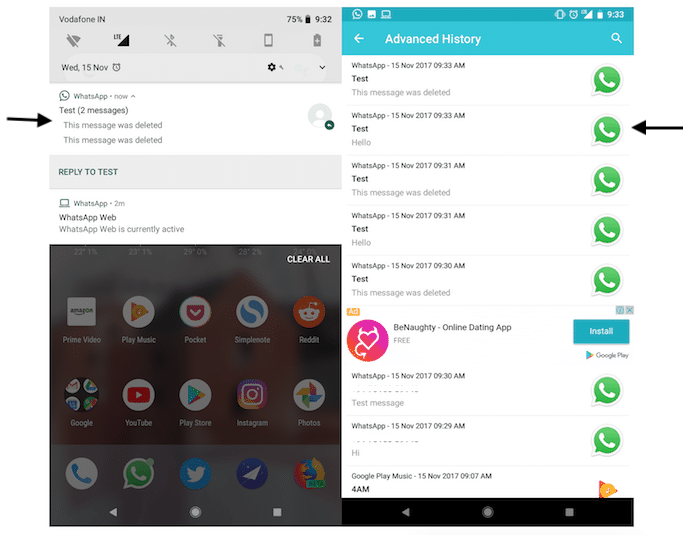 How to Read Deleted WhatsApp Messages on Android

Unfortunately, a similar workaround for iOS is not yet available and it probably won’t be in the future. This is because WhatsApp deletes the entire notification from iOS and on Android, it merely changes the alert’s content. That being said, it’s possible WhatsApp will soon acknowledge this bug and fix it in the forthcoming releases.

TechPP is supported by our audience. We may earn affiliate commissions from buying links on this site.
Read Next
What Is WhatsApp Call Link? How to Create a WhatsApp Call Link
#android #Deleted Messages #WhatsApp