Intel has debuted its new 8th gen G-series Core processors developed in collaboration with its once arch-rivals, AMD. The new processors from the American chipmaker combine Intel’s CPU prowess with AMD’s Radeon RX Vega M Graphics and 4GB of second-generation high bandwidth memory (HBM2). The G-series is primarily aimed at gaming enthusiasts and professionals, who want their rigs to go the extra mile. 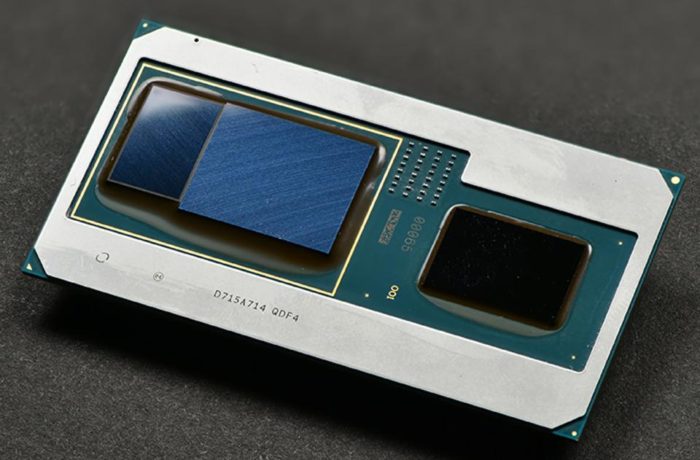 Intel’s new Kaby Lake G-series processors were first announced back in November last year. The collaboration between the two processing powerhouses helps bring the best of both worlds into the new chip. Apparently, Intel’s own Iris Graphics aren’t half as powerful as the AMD Radeon RX Vega M GPU. The same can be said about AMD’s A series of CPUs. Additionally, the new 8th gen G-series Core processors use Intel’s own Embedded Multi-Die Interconnect Bridge (EMIB) technology for creating a rapid yet intelligent bridge between the GPU and HBM2.

The all-new Kaby Lake chip is optimized for use in compact devices due to its rather small form factor and low energy needs. Intel claims that this chips dynamic power sharing capabilities help it to save up to 17.5W of power, thereby making it 18 percent more efficient. It is believed that the new processor will help trigger the boom of small and lightweight gaming laptops. Moreover, we can expect to see the new Intel 8th gen G-series Core processors to make its way into 2-in-1s, AiOs, and ultrabooks. Intel also highlights that 8th gen Core Vega M chips will help OEMs draw up to 9.3 hours of battery life out of their laptops.

Intel has closely worked with AMD over the past few months to customize the Radeon RX graphics as per its needs. The built-in Vega M GPU comes with up to 24 compute units and support for up to six displays. The graphics department is Vulkan and DirectX-12 ready supported and features a Radeon Multimedia Engine with 4K60 encode/decode mated with Radeon ReLive and HEVC with H264 HDR encode/decode.

The new processors will come in five different SKUs, of which four are aimed at consumers while the last one is for hardcore professional machines. The fastest of the lot features an Intel Core i7-8890G with four cores clocked at 4.2GHz each. All of the four SKUs of the new chip come with 4 cores and 8 threads. Intel is also offering the option to overclock CPU, GPU and HBM.

Intel 11th-Gen Tiger Lake processors with up to 4.8GHz and Iris XE Graphics a...
Read Next

Samsung Galaxy Chromebook with 4K Display and 10th-Gen Intel…
Apple iPad 8th-Generation: What's cool? All you need to know
Intel 11th-Gen Tiger Lake processors with up to 4.8GHz and…
Xiaomi Debuts the Mi 11X Series in India Alongside the Mi 11…
Xiaomi debuts Redmi K40 series with 5G and smaller…
How to Install Chrome OS on PC (Intel and AMD)