YouTube, thanks to its extensive library, has become a primary source of music for a lot of people. But even if you manage to install an ad-blocker for avoiding those pesky 30-second commercials, you’ll still have to deal with the drama and premise scenes music videos feature. Fortunately, there’s now a Chrome extension that can automatically skip the intro and climax sections of such videos. 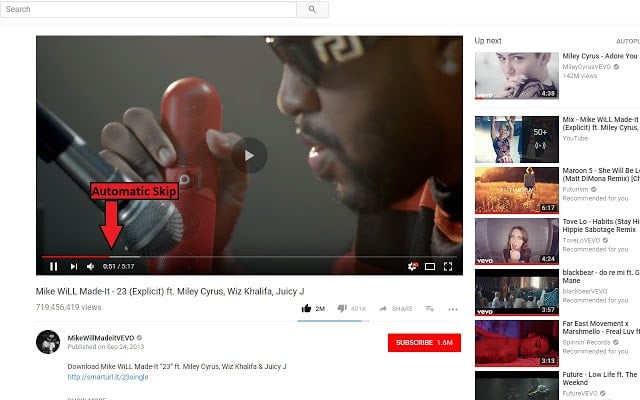 It’s called Skipper. And I genuinely believe it’s the most intuitive Chrome extension I’ve come across in the last year, at least. Skipper essentially scrubs the unnecessary sections of a particular music video. It does so by referring to an always updating database. Hence, whenever you play a track on YouTube, it checks from where the actual song begins and automatically jumps to it at the beginning. In addition to that, Skipper can skip the ending as well so you don’t face any interruptions while listening to a playlist. The extension also highlights the part which is to be omitted with a green line over it.

Furthermore, in case a video is not compatible with Skipper, you can manually define those time intervals and sync it with Skipper’s library. These settings can also be employed if Skipper’s data is not entirely accurate. Moreover, there’s even an option if you’d like to skip any additional sections within the video. In my testing, I’ve found that Skipper supports and functions effortlessly with the majority of popular Hollywood videos. However, I expect it to grow once more people begin using it. 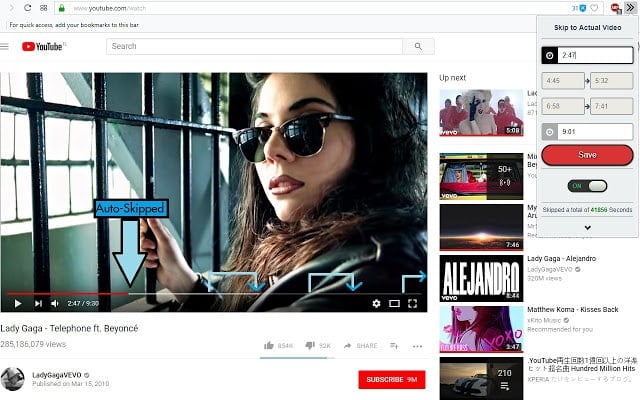 Skipper also tells you exactly how many seconds you’ve preserved thanks to its skipping abilities. This can be accessed by clicking the black forward icon on Chrome’s extension tray. Skipper is entirely free of cost and you can download it from the Chrome Web Store. You can also take a look at the video embedded below to watch Skipper in action.

Was this article helpful?
YesNo
TechPP is supported by our audience. We may earn affiliate commissions from buying links on this site.
Read Next
How to View and Delete YouTube Search History [2022]
#Chromeville #Extension #google chrome #Music Video #Skipper #youtube