SXiaomi’s Mi Band has consistently held the budget fitness band throne over the past two years especially in countries like India. And until now, every one of its challengers seems to find it difficult striking that right economic balance. Lenovo thinks it has figured out that formula and to prove it, the company has introduced two smart health products in the country — the HW02 Plus fitness band and the HS10 weighing scale. 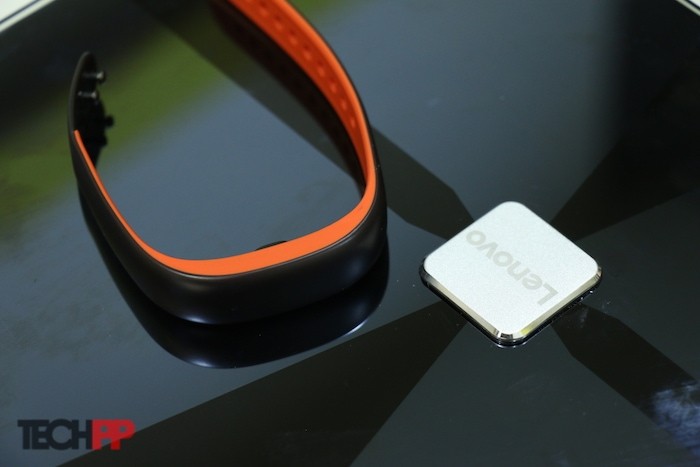 However, the headlining feature here isn’t the price. Neither is the fact that it offers all the usual trappings of a smart health product. With these new devices, Lenovo is not just flashing a multitude of charts like how much you ran last week or for how long you were in deep sleep the night before, it’s trying present you with a more meaningful metric and make it simpler for you to understand how fit you are at a given point and what you need to do to maintain or improve that.

To do that, Lenovo has come up something called “PAI” which stands Personal Activity Intelligence. Jargon aside, PAI is a collective measure of all the data the band as well the scale records so that you won’t have to keep track of individual attributes. 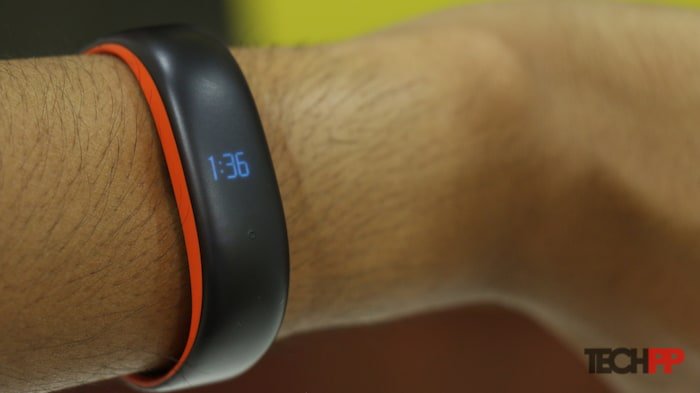 The HW02 Plus band itself looks any other budget fitness wearable out there with a tiny, vertical touch screen for displaying quick bits of information such as the time, steps count, and the heart rate. Unlike the Xiaomi Mi Band, the HW02 Plus is a single chunk of rubber which basically means you cannot swap it with new bands as the tracker cannot be popped out.

The double-pin clasp, while firmly secures the band on your hand, is a little annoying to fasten. Personally, I would prefer the loop mechanism Xiaomi’s Mi Band features. The display cannot remain always on, therefore you will have to tap it every time you wish to view the time or just raise your arm. The gesture functions surprisingly well unlike other similarly priced bands. In addition to that, it’s not clearly visible outdoors which is certainly bewildering for a product you’ll be constantly using outside. 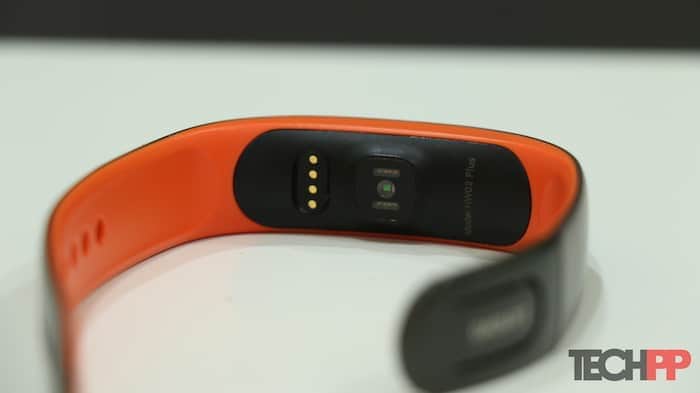 One pet peeve I have with the HW02 Plus is its vibration motor. It feels exceedingly harsh and sharp (think of it as if an insect bit in your hand every time you get a notification) even when the intensity is set to low. And unfortunately, there’s no way you can turn them off since it’s the only way for the band to let you know there’s a notification. Being left with no choice, I ended up switching off the notification feature entirely. 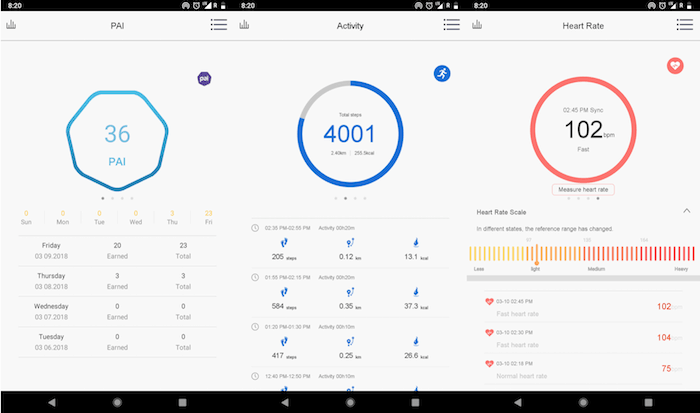 Speaking of notifications, it’s only compatible with a handful of apps such as WhatsApp, Facebook Messenger, WeChat, and a couple more. Your gateway to all these settings and health information is Lenovo’s Healthy app which is available for both iOS and Android. And let me tell you, it’s not a well thought out application. At one point, I thought I had accidentally downloaded an unofficial clone. But nope, this is it. 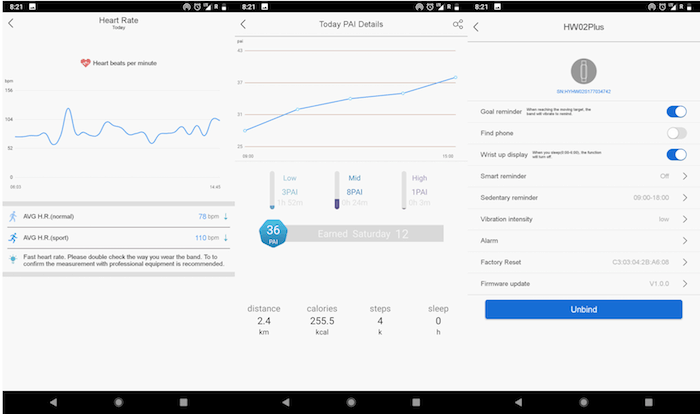 Although the app is quick when it comes to retrieving the data, it’s highly unoptimized. For starters, it will invariably show an advertisement for the latest Lenovo health product every time you launch it. Second, it has a battery drain bug which killed my Google Pixel (which was running Android 8.0) in three hours. The settings menu also seems completely messed up and unintuitive. So yeah, the Lenovo Healthy app is in a desperate need for an overhaul.

However, the most glaring shortcoming of the HW02 Plus band is its battery life. If you keep it connected all the time, the band can barely last three days on a single charge. Compared to the Mi Band’s three weeks average, this is rather disappointing. You can switch to a “normal mode” which promises five days of battery life but in that setting, the PAI feature will be disabled. It can be juiced up through a magnetic charge which works fairly well.

But at the end of the day, all you care about is how accurate is. Well, if not better, the HW02 Plus is certainly on par with its competition. In my week’s time with it, the band produced nearly precise results as far as the three most essential attributes — step counter, sleep tracking, and heart rates — are concerned. There is a bug which, at times, takes into the account the distance you’ve traveled in a vehicle. It doesn’t happen every time but it’s there and Lenovo should address it as soon as possible.

The PAI metric is an interesting take on the process but it has its own fair share of first-gen problems to deal with. One of the more major concerns I have it is that it is configured to consider only the numbers, not when they were recorded. So, for instance, you could have an intense workout session at the beginning of the week, sit idle for the rest, and PAI will still show you as healthy. The easiest way out of this is, of course, just to bring down the average period, currently which is a week. 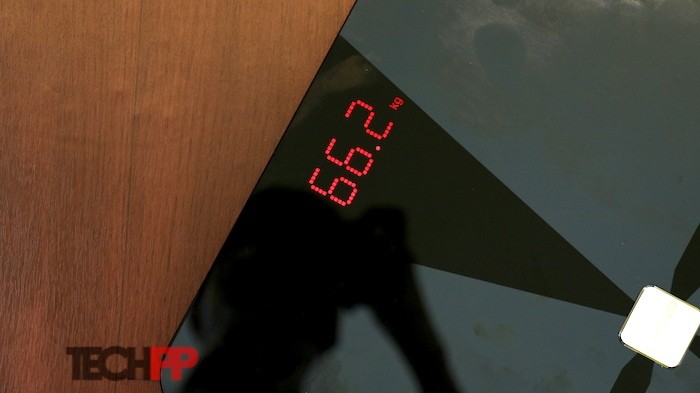 The Bluetooth-enabled HS10 smart scale contributes to this metric as well with various inputs such as your weight, body mass index, muscle mass, and more. The scale is wrapped in a premium glass exterior with a LED display at the top for showing you the weight. The app also lets you create profiles for tracking various individuals in the house which is nice. The scale is largely accurate, and comes with all bells and whistles in terms of Body composition stats. 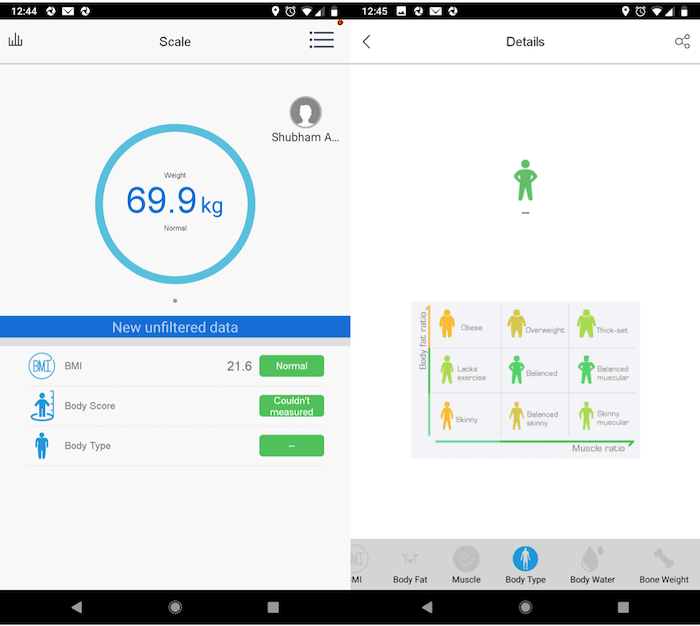 At Rs 1,999 for the HW02 Plus band and Rs 3,799 for the HS10 scale, I would suggest you to instead go for Xiaomi’s fitness duo — the Mi Band and Mi Body Scale. That’s primarily because Lenovo’s devices still need a few updates to reach a more well-balanced stage. The band especially doesn’t offer a pleasant experience with the weak battery life, software bugs, and more. The scale, more or less, functions flawlessly but is almost Rs 2,000 more expensive than the Xiaomi Mi Body Composition Scale.

Was this article helpful?
YesNo
TechPP is supported by our audience. We may earn affiliate commissions from buying links on this site.
Read Next
Skullcandy Mod Review: Betting on doing the basics well
#HS10 Smart Scale #HW02 Plus #lenovo #review