Smartphones are now everywhere. Inside each pocket. On almost every consumer technology company’s roadmap. They’re loaded to the brim with features you didn’t even know you needed a few years ago. The majority of users, however, barely scratch the surface and continue to use their phone like they always have. Therefore, in this article, we discuss better ways for twelve rudimentary smartphone things which you’re probably wrong.

Multitasking is one of the key reasons for the presence of the word “smart” in smartphones. However, if you’re still launching the recent apps’ carousel every time you wish to return to the last app, I have news for you — you are doing it wrong.

With the recent updates to both iOS and Android, you can switch between the last two apps in a jiffy. On Android Nougat or above, double tap the “recents” button and on iOS, 3D-touch the left edge and swipe towards to the right.

Typing and Looking Up Emojis 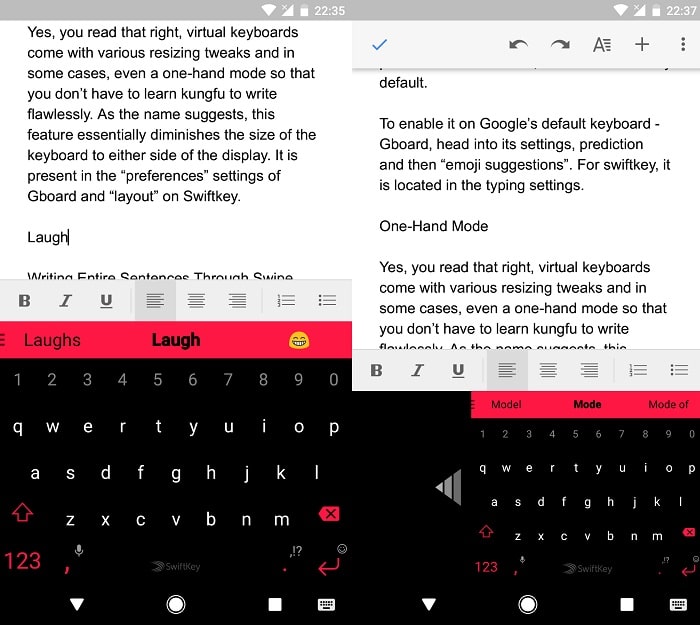 Emojis have undoubtedly become an integral part of instant messaging. Looking them up through the standard methods can be quite daunting, though. Thankfully, there’s a more efficient way to do it.

All you need is a custom keyboard app that supports emoji predictions like Swiftkey. Once installed, enable “emoji predictions” in the typing settings and you’re set. Now, for instance, if you need the fire emoji, just type “fire” in the text box and the keyboard will suggest the respective emoji in the prediction bar.

The rise of one-time passwords has surely resurrected the SMS app on your phone. However, in addition to bringing a higher level of security, they can also be a bit of a nuisance. Unless the particular app has access to your incoming messages, you’re either left with typing the code by glancing over it once or go with the copy-paste option.

Fortunately, on Android, you can employ alternatives that are much less frustrating. One of them is “Truecaller” that automatically detects and adds an option for copying the OTP in the notification. If you already have the Truecaller app installed, just enable its messaging feature from the setting and you’re all set.

Pulling Down the Notification Shade

As phones get bigger, it has become increasingly more painful to reach the status bar. Thankfully, you don’t have to go through this soon-to-be gymnast exercise for pulling down the notification shade. On iOS, you don’t have an option other than switching to the “Reachability” mode and then swiping down from the top.

Android users, however, have a plethora more convenient workarounds available. You can either swipe down on the fingerprint sensor or on the home screen. For the former, if your OEM doesn’t natively include the setting, you can install a third-party app like Fingerprint Quick Action. Same goes for the latter as well but in this case, the app will be a launcher such as Nova.

Are you still launching the entire app for executing that one tiny action? Well, in most cases, you don’t have to on Android at least. The operating system now allows adding custom tiles in the Quick Settings panel. For instance, you can pin a “add a new task” for your to-do application of choice. Of course, the developer needs to have its app updated for being compatible with this. To edit the Quick Settings page, pull down the panel and tap the pencil icon. Then, drag the action you’re looking for from the bottom section onto the top one.

There is a range of data you look for on your phone every minute. This can be anything from contacts to applications to Google searches. But there’s a good reason you’re browsing for all of this in various disparate parts of your phone. Applications in the app drawer, contacts in the phonebook, you get the idea.

Hence, it’s time for you to learn about a universal search. iOS users are probably already aware of this as Apple has included Spotlight search on its products for ages now. You swipe down anywhere on the home screen and request for any sort of information.

The feature can be easily replicated on Android as well. For starters, you to download a free app called Fast Finder. Next, place its icon on the home screen and tap it for initiating a search. If you’d like to enable the gesture as well, you can read our quick guide for that. If you don’t want to go through this hassle, try out the Evie launcher which comes with an inbuilt search.

It shouldn’t come as a surprise when I tell you staring at your phone during the night time can severely affect your vision. Therefore, I suggest enabling the Night Mode (or Night Light or whatever it’s called on your phone) which can significantly mitigate the blue light impact which in turn will also help you sleep better.

Opening the Camera (Android Only)

You usually only have a handful of seconds before you lose that perfect shot. Hence, it’s best if you reach the camera app in the quickest way possible. On Android, manufacturers have begun bundling a nifty shortcut which lets you launch the camera by simply pressing the power button twice. If it’s not enabled by default, look for it in the settings. Otherwise, you can configure gestures for the same, read more about that here.

The standard process for sharing screenshots on Android isn’t all that intuitive. For starters, you have to trigger that awkward shortcut. Then there’s the screenshots folder in your gallery which continues to pill up over time. Google realized this a few years ago and added a quick button to Assistant. You can access it by long-pressing the home key and tapping the “Share Screenshot” option. Apart from being a lot more practical, using this shortcut doesn’t save screenshots on your phone permanently. The file is deleted once you’ve shared the image. 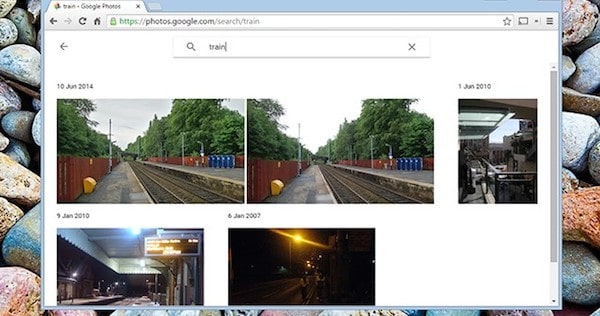 Scouring through the gazillion pictures you clicked over the last few years to locate that one particular selfie can be a bit of a hassle. It doesn’t have to, though, if you employ the right tools. Well, “tool”, singular.

It’s called Google Photos and you probably have already heard about it. But if you haven’t begun regularly using it, now is a good time too. Backing up your pictures and videos lets you search them based on a number of factors like faces, location, objects, and a bunch more. It’s also entirely free of cost and if you don’t mind giving up the original resolution, you can even upload unlimited data.

Asking Google Assistant to do Something Specific 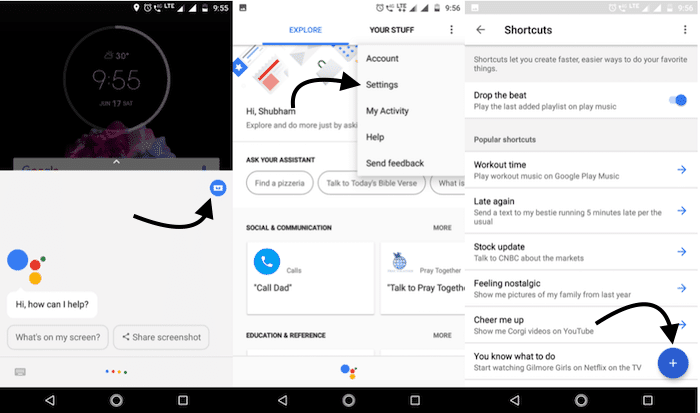 How many times have you asked the Google Assistant to execute a specific action like playing a playlist on your preferred app? Instead of shouting that long command, what if you could just say, for instance, “drop the beat”?

Thanks to a recent update to the Google Assistant, now you can. To set up shortcuts, fire up the voice assistant by either long-pressing the home button or opening the app on iOS. Tap the blue icon on the top.

Move to the “Your Stuff” tap if you’re on Android or head into the settings by clicking the more three-dot icon if you’re on iOS. Scroll down and tap Shortcuts. The first input field is the custom phrase and the one below that is the original command you’d like to associate with it. Hit save and you’re done.

That was it for this article. Do let us in the comments section if there’s a better way to accomplish any of these tasks and stay tuned for the second edition.

Was this article helpful?
YesNo
TechPP is supported by our audience. We may earn affiliate commissions from buying links on this site.
Read Next
Alert! You’re Hiding Sensitive Information From Your Images on iPhone W...
#android #everyday tasks #ios #smartphone #smartphones #tips #Tricks