Thomson was a household name in India during the eighties and the nineties when CRT televisions ruled the roost. Then they disappeared only to make a surprise comeback now. The French technology company is making a comeback to Indian television market with three products to start with. We have been testing the 43-inch 4K UHD HDR smart TV for a week and here are our first impressions. 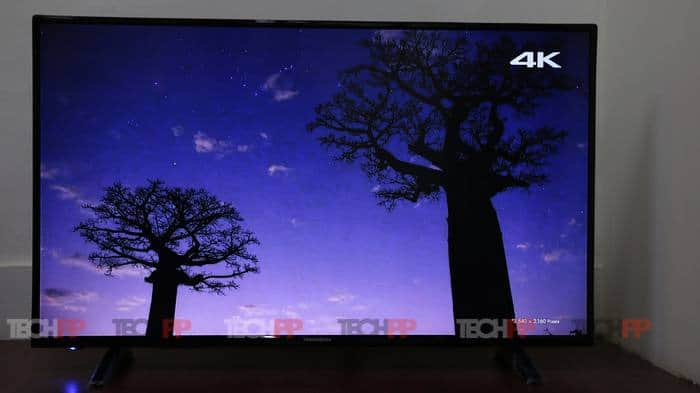 Thomson UD9 43TH6000 carries an LG-made IPS display panel with 3840 x 2160 pixel resolution with support for HDR content. The display has a dynamic contrast ratio of 300000:1 and a wide 178-degree viewing angle, typical of most IPS displays. The TV is accompanied by a 10W x 2 integrated sound bar providing loud volumes. 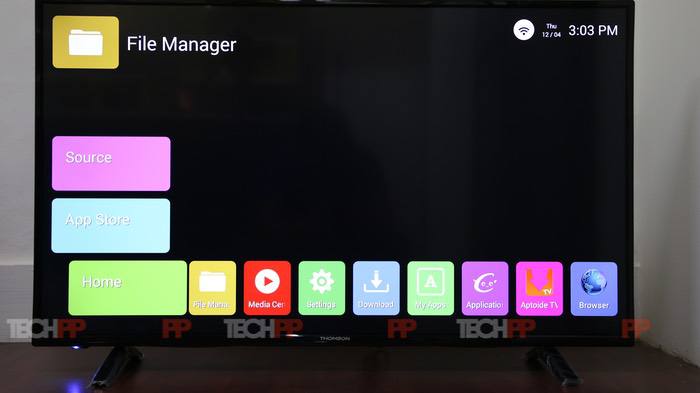 Looks-wise, the TV carries a generic design with relatively thick bezels on all the four sides, with Thomson branding at the bottom. This Thomson 4K UHD TV is powered by CA53 Dual Core processor clocked at 1.4GHz with Mali T720 GPU. It comes with 1GB of RAM and 8GB of internal storage. Sadly, the operating system is the age-old Android 4.4.4 KitKat with a custom skin on top. 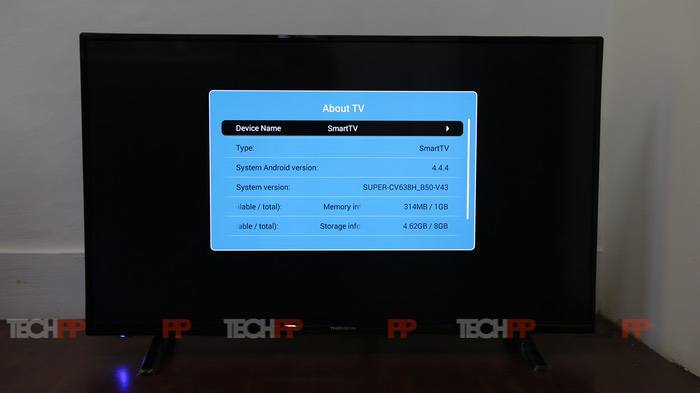 The first time we switched on the TV, we were greeted by a very familiar interface which is close to the stock Android TV UI (KitKat version). In fact, it looks exactly same as some of the Kodak Televisions we had seen a few weeks back. Coming to think of it, SPPL (Super Plastronics Pvt.Ltd.) who is the official licensee of Thomson in India is also the official licensee of Kodak televisions in the country. No wonder the interface looks pretty similar.

The TV comes pre-installed with a lot of Android applications like File Manager, YouTube, Netflix, Browser etc. and a third party TV app store called Aptoide. Thomson also allows users to install any valid Android APK if they wish. Being an unofficial Android TV which uses the AOSP version of Android 4.4.4, there is no Google Play Store or official YouTube app, which means you won’t be able to watch 4K videos on YouTube. But the Thomson TV seems to support a wide variety of video and audio codecs which should help those who like to play video files through USB flash drives. 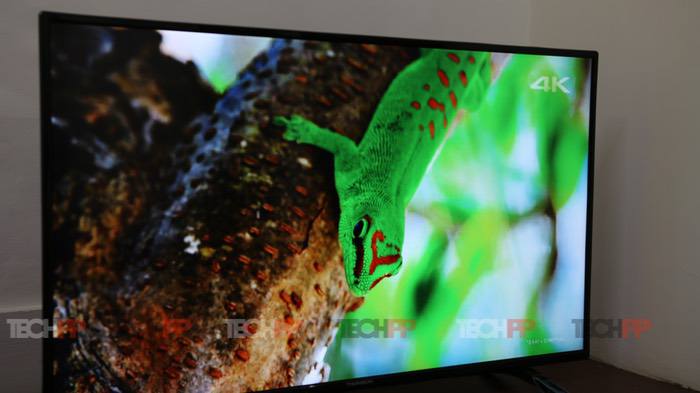 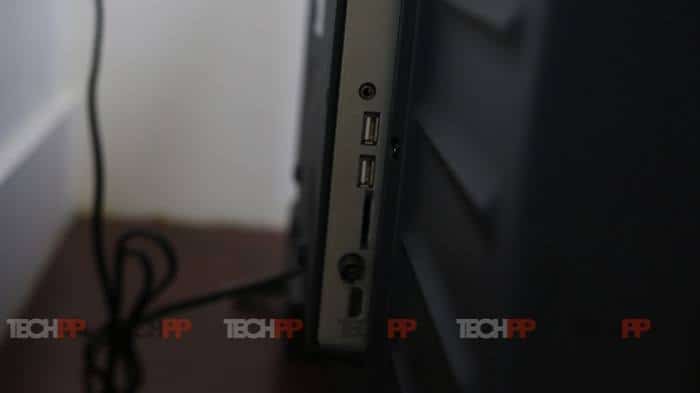 For now, Thomson’s 43-inch 4K HDR TV looks like a decent value for money offering at Rs 27,999. But then there are some other options from the likes of Vu, TCL, Kodak and others at this price segment. We shall be testing out the TV for a few more days, so stay tuned for a detailed review later this month.