Virtual Private Networks have become increasingly crucial as of late for securing what you browse on the internet and well, access content which is not officially available in your country. Opera a couple of days ago, sadly, shuttered one of the most widely used and free VPN services leaving its users stranded in the middle of nowhere. Fortunately, there are a bunch of equally competent alternatives present in the app store. Here are the best of them.

Disclaimer: Free VPN services are infamous for collecting personal user browsing data. Hence, proceed with caution. Although all of which we discuss today have in-app advertisements and privacy policies which you can read before signing up. 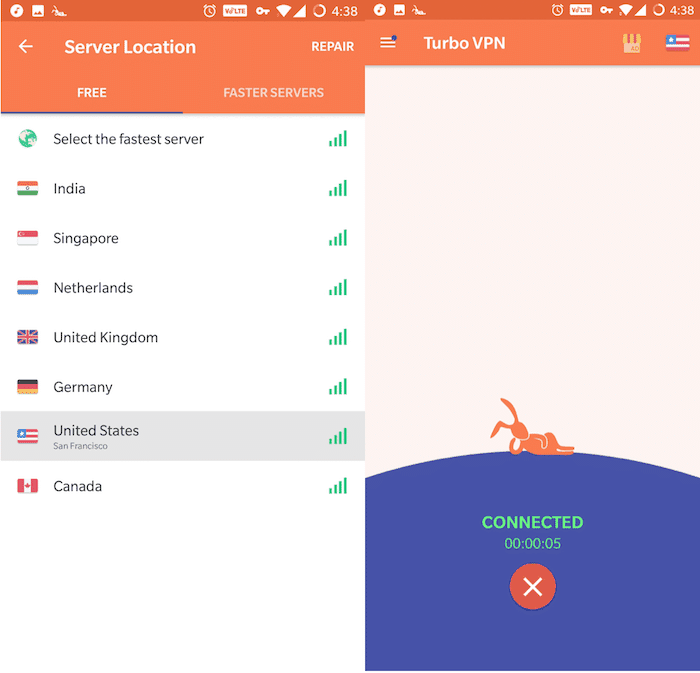 Turbo VPN is probably what most of you will end up downloading. It’s a simple app available for both Android and iOS which lets you surf from different countries for an unlimited period of time. However, there is a speed limit for free users, although it’s not slow enough to be a deal breaker either. Turbo VPN currently supports a handful of countries including Singapore, Netherlands, UK, Germany, US, and Canada. The developer also says the app encrypts your connection through OpenVPN protocols which is certainly a nice touch. 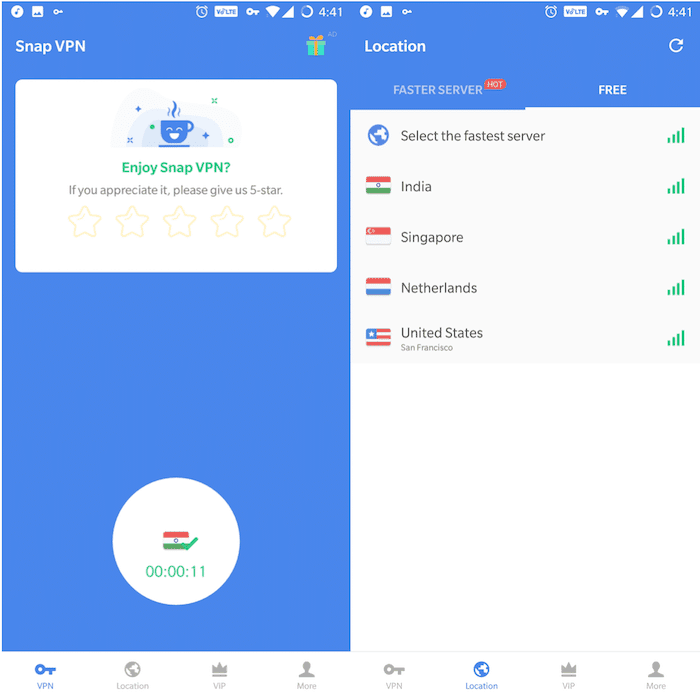 Snap VPN is largely similar to how Turbo VPN works, albeit with a more pleasant interface. It’s, however, Android only for now. The free subscription allows you to browse through four regions including India, Singapore, Netherlands, and the United States. The premium servers are also a little faster as well. Other than that, Snap VPN also comes a bunch of privacy features such as the ability to hide your IP address from trackers.

Hola VPN is one of the most feature-rich free VPN services available out there. However, before we discuss it, you should that the company was involved in a privacy scam years ago and had misused user data for a botnet attack.

Great, now that we are past that, here’s what you need to know about Hola VPN — It’s free, unlimited, and can be installed on both Android as well as iOS. Unlike the previous apps we talked about, this one doesn’t function across the entire software. Instead, you will have to launch individual applications from the Hola app. It’s compatible with tens of countries too. 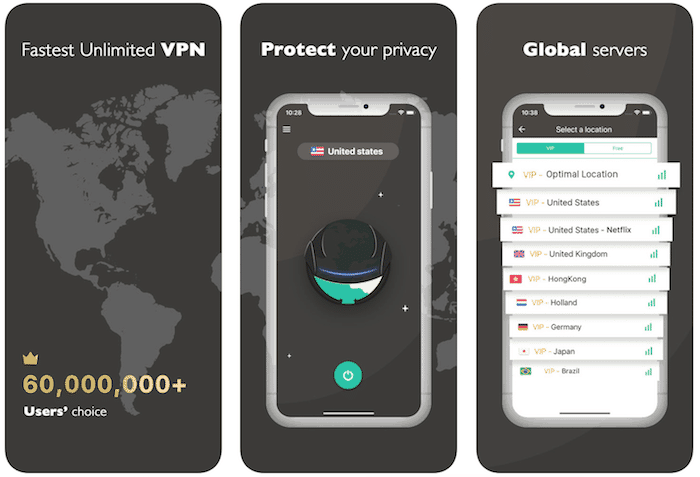 Lastly, we have one of the most popular VPN apps for iOS. It’s quite straightforward like the rest and lets you access the internet from a multitude of regions with a click of a button. You can pay if you’d like to unlock more countries but it’s free and unlimited for the most part. It functions OS-wide, hence you don’t need to worry about launching applications from VPN Proxy Master either.

Was this article helpful?
YesNo
TechPP is supported by our audience. We may earn affiliate commissions from buying links on this site.
Read Next
12 Best Free PDF Readers for Windows and Mac in 2023
#apps #Best Apps #Free VPN #Opera VPN #VPN