It’s a well-known secret that Google’s WearOS is slowly fading away. Google is said to be working on a Pixel smartwatch which will be released later this year. Meanwhile, Huawei has launched an upgraded version of the relatively popular smartwatch, the Huawei Watch 2. 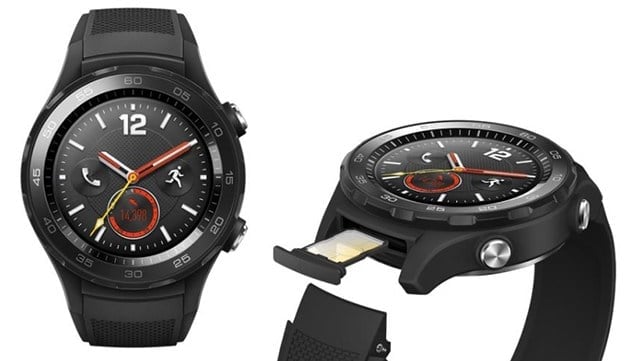 While Qualcomm was in talks about launching a newer chipset for wearables, Huawei decided to opt for Qualcomm’s age-old Snapdragon Wear 2100 SoC, same as it’s predecessor. There’s 768MB of RAM and 4GB of internal storage which can be used to install apps and also to store media. The front of the watch sports a 1.2 inch circular AMOLED display with a resolution of 390×390, thankfully without the controversial flat tire design.

The major upgrade when compared to the previous gen Huawei Watch 2 comes in the form of the eSIM slot which will connect to 4G networks and support voice call. There’s also a non-LTE variant with just Bluetooth connectivity if that’s what you prefer.

Other features of the smartwatch include NFC for contactless payments and a new ‘Firstbeat’ algorithm that automatically detects the mode of exercise and suggest changes in order to maximize the result of the workout. The watch has inbuilt GPS and thus, it is not necessary to carry a smartphone along with you during workouts to track your progress on the map. Like most fitness trackers and smartwatches, the Huawei Watch 2 (2018) also features continuous heart rate monitoring during your daily routine as well as during sleep in order to provide the user with more accurate statistics. 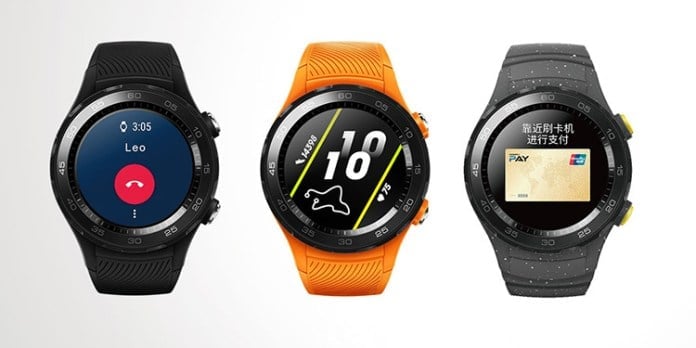 The smartwatch has a 420mAh battery and thanks to the Snapdragon 2100 don’t expect the smartwatch to last more than a day on a single charge. The watch is also IP68 certified for water and dust resistance and will be sold in 3 color variants – carbon black, vibrant orange and star gray for 1540 Yuan ($240/INR 16,000) for just the Bluetooth variant and 1999 Yuan ($310/INR 21,000) for the LTE variant.

TechPP is supported by our audience. We may earn affiliate commissions from buying links on this site.
Read Next
Huawei FreeBuds 4i Review: A Well-Rounded ANC Performer for Its Price
#Huawei #Huawei Watch 2