The twelfth update for Apple’s mobile operating system is now official. The company outlined a series of new features it will be soon releasing for iPhones as well as iPads. And like every year, a handful of those seemed to have been inspired by iOS’ only rival, Android. Here are six such features on iOS 12.

iOS 12 will make it easier for you to copy and input one-time SMS passcodes. We have seen the likes of Xiaomi’s MIUI and Microsoft’s SMS organizer app do this on Android for quite some time now. Apple has managed to come up with a slightly better solution than how Android does it, though. Instead of offering a copy shortcut in the message’s notification, iOS will automatically grab the code for you and have it in the keyboard’s autocomplete strip. 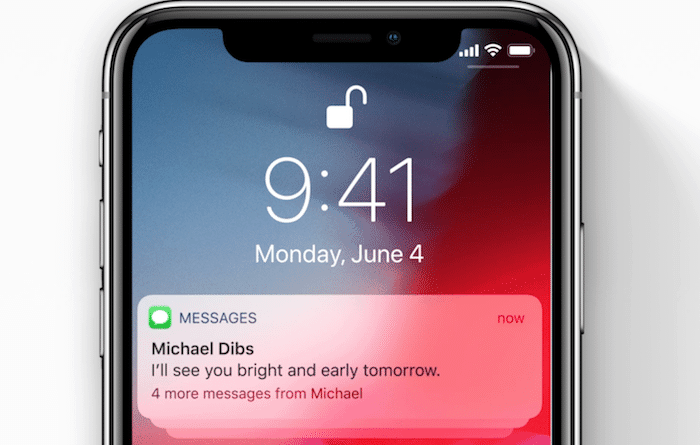 Another desperately needed feature Apple has finally brought to iOS is notification bundling. Starting with iOS 12, the notifications you receive will be grouped together by apps instead of every single one of them individually flooding the notification panel. In addition to that, iOS 12 allows you to execute quick actions such as muting alerts from an app directly from the lock screen. Not sure what took them so long, but it’s finally here.

The battery page inside the settings on iOS 12 will show much more details about your usage. This also includes a nifty burndown graph and a clearer interface for displaying screen-on-time.

What a wonderful present for us at WWDC this year! Thank you to all our friends at Apple for this great new API. #1PasswordAutofill pic.twitter.com/jpvRVogslS

iOS 12 also brings an API for letting you quickly retrieve passwords from a third-party manager like 1Password. The feature functions similar to what you would find on Android. Whenever the software comes across a compatible application, it will suggest inserting the stored credentials from the password manager right from the keyboard’s QuickType bar.

Apple Photos is also playing catch up with what has been available on Google Photos for months now. One of the big, new features being added to Apple Photos is “sharing suggestions” which will automatically detect the faces in your pictures and ask if you’d like to share the files with that person. Moreover, you can now search media on Apple Photos by location and even by stringing together multiple keywords. Again, Apple Photos is still far from what Google Photos offers today but the good thing is Apple says all the machine learning is happening on-device.

On iOS 12, you can also create shortcuts for the tasks you regularly employ and have them up and running in seconds by configuring a custom Siri command. A similar feature for the Google Assistant was announced at the company’s annual developer conference, I/O last year. Although Apple does take it a step forward by offering a standalone app for easily building shortcuts which can include more than one action. Furthermore, you can now search for pictures in your Apple Photos library by simply asking Siri based on people, places, events, time, and more.

Was this article helpful?
YesNo
TechPP is supported by our audience. We may earn affiliate commissions from buying links on this site.
Read Next
Alert! You’re Hiding Sensitive Information From Your Images on iPhone W...
#android #apple #features #iOS 12