Finding a multiplayer game for your social gatherings or jamborees can be a daunting task. Even if you do own a console, chances are you don’t have more than two controllers. What you surely do have is a computer and a bunch of smartphones, each from one of your friends. Airconsole takes all those available hardware and turns them into a comprehensive multiplayer gaming platform. 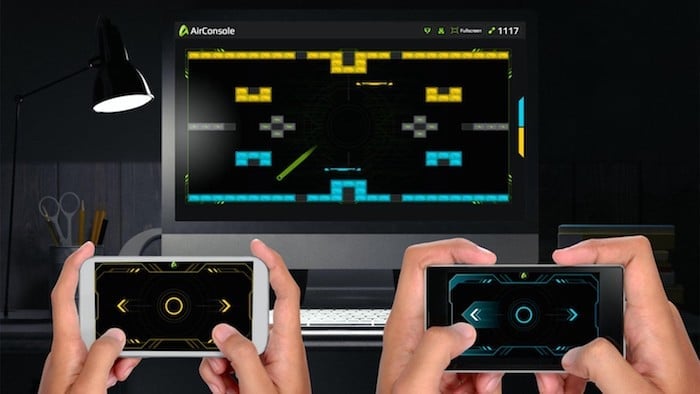 Airconsole is an online gaming console which requires two things to function — smartphones as gamepads and another larger screen which will be shared among the players as well as the rest of the spectators. The most intriguing aspect of Airconsole is the fact that you don’t need to download any applications. The entire platform runs on a browser, even for the controls on your phone.

Because of that, the setup process is surprisingly effortless and only requires loading up the Airconsole website or app on a common screen which can be anything from a laptop to an Android television and entering a code on the individual phones. 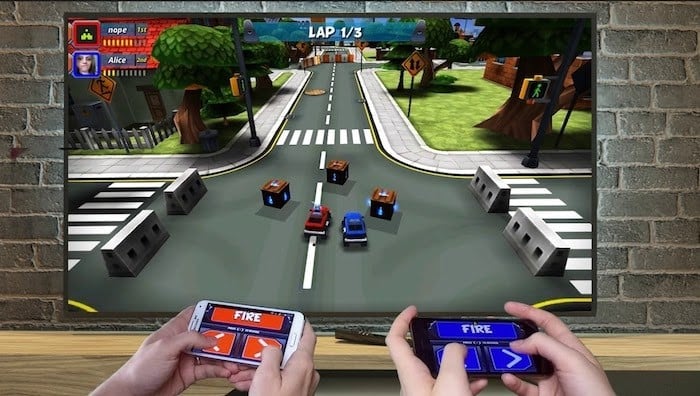 There are currently over forty games available, all of which are quite fun. One of the titles which I personally have been playing with my folks is Skyrunners where you have to jump off ledges and walls in order to reach the finishing line before your fellow contenders. There’s also tennis, car racing, trivia, snooker, and much more.

The maximum number of users you can connect depends on the game itself. For instance, Skyrunners allows up to four consecutive players, while a couple others have a limit of a whopping thirty-two. The graphics, as you’d expect, aren’t obviously PlayStation-grade but that’s not what Airconsole is about anyway. 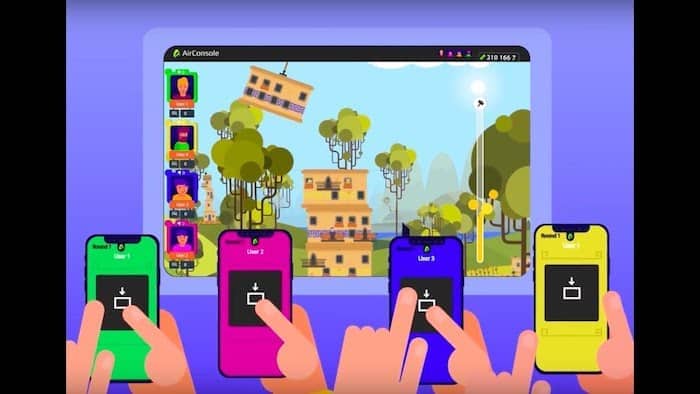 It’s largely targeted at groups, the majority of which won’t even be gamers per se. The controls these games include are designed accordingly as well. Skyrunners, for example, has only two buttons, one for jumping and another for crouching. There’s also single-player modes and global leaderboards but yeah, there’s no fun in that.

Airconsole is also remarkably affordable. For two players, there’s no charge. But of course, you will need more than that. Therefore, there’s a Hero package which has no restrictions and costs merely three dollars for a month. And the best part is only one of the players need to be a Hero member. In a nutshell, I don’t think I’ve come across a better multiplayer platform for parties. It has enough games for you to master and doesn’t cost hundreds of dollars.

Was this article helpful?
YesNo
TechPP is supported by our audience. We may earn affiliate commissions from buying links on this site.
Read Next
20+ Best Google Doodle Games You Should Play [in 2023]
#AirConsole #gaming #Multiplayer Games