If you’re in the habit of waking up to your favorite tracks in the morning rather than a mundane alarm tone, Google has made it easier for you with the latest update to their default clock app for Android, which now lets you use songs from Spotify as your default alarm tone. 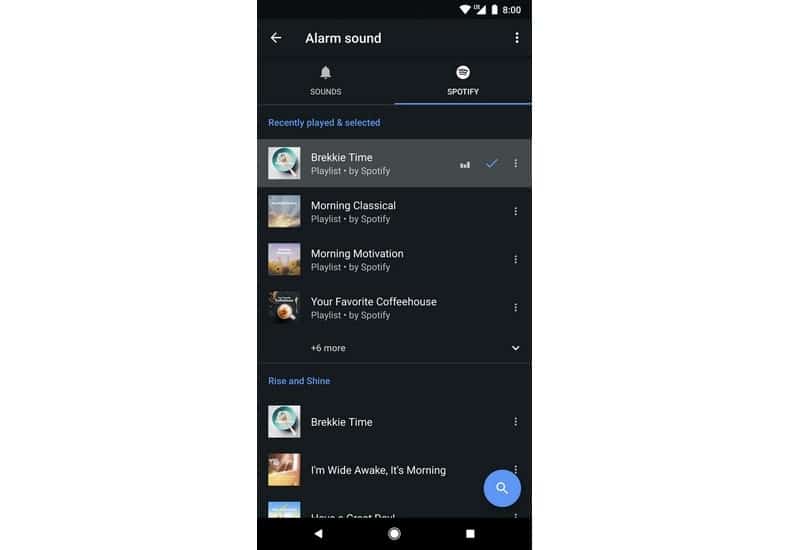 “This works for both free and premium Spotify users. You can browse recently played music, choose from Spotify’s curated morning playlists or search for a specific soundtrack,” Rui Song, Product Manager, Pixel Essential Apps, Google, wrote in a blog post late on Tuesday. “This feature will be rolling out globally this week on the Play Store and will be available on all devices running Android 5.0 Lollipop and above,,” Song added.

The latest version of both the apps, i.e., Google’s default clock app as well as Spotify, need to be installed on the user’s device in order to use this feature, so you might want to head over to the Play Store right away. If you’re in India, though, you might have to wait till Spotify launches its services officially in India (unless you already know of the workaround to get it working here).

Even though the ability to use mp3 tracks as alarm tones has been available for a long time, users who prefer to use streaming services like Spotify will benefit from this move as you don’t need to have the track stored offline on your smartphone. The integration might also help Spotify to gain more users as someone who uses a different client or service for music streaming might now opt to use Spotify in favor of the new alarm feature.

Additionally, some speculations point toward YouTube Music adding a similar integration with the clock app in the future; however, this service as well isn’t available in India as of now, so we’ll have to wait until Google has an official release.

Also Read: What to Do if Spotify Keeps Crashing or Closing Itself

TechPP is supported by our audience. We may earn affiliate commissions from buying links on this site.
Read Next
How to Fix Google Chrome Translate Not Working
#google #Google Clock #Spotify