Realme was Oppo’s venture to counter aggressively priced lower mid-range smartphones in the Indian market, and the Realme 1 did exactly that. It surely opened a gateway of expectations from end users who now had multiple options to choose from according to their preferences. After having separated from its parent company, it’s indeed a nice OPPOrtunity for Realme to prove to their mettle as a standalone entity that’s somewhat reminiscent of OnePlus back in the days. So does the Realme 2 have what it takes to etch the brand onto the best-selling charts? Let’s unbox and take a look at what’s changed in four months’ time that Realme felt the need to update its first device this soon.

The first impression as soon as you pick up the phone is that it feels quite heavy in the hand which can be attributed to the large 4230mAh battery. Speaking about large, Realme has now fit in a 6.2-inch display within a chassis that’s sized extremely similar to the Realme 1 which came with a 5.99-inch display. This was possible due to the notch that is now housed at the top giving the Realme 2 and an impressive screen to body ratio of 88.8%. The notch houses the sensors, earpiece and an 8MP camera with f/2.0 aperture. 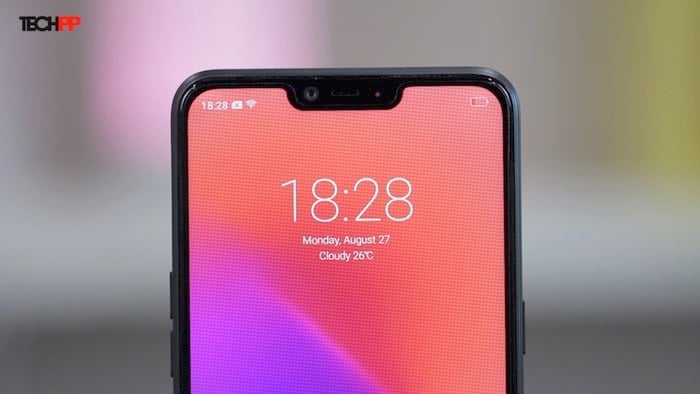 The display itself is IPS LCD with an HD+ resolution and is quite sharp and vivid for a 720p panel, so kudos to Realme for that. It’s also protected by Corning’s Gorilla Glass 3. The rear houses a dual camera setup with a 13+2MP lens combo with f/2.2 and f/2.4 apertures respectively, while the latter 2MP sensor is used for depth sensing during portrait shots. Then there’s the LED flash, and guess what? Realme has indeed listened to the community and has added the much-loved fingerprint scanner which was missing on the Realme 1. All ports and buttons are intact, no omissions here, and the dual SIM + SD card tray is retained, always a nice inclusion.

Under the hood, Realme for some odd reason has opted to put in the Snapdragon 450 chip at the heart of the Realme 2 which is a substantial downgrade from the Realme 1 sporting the MediaTek Helio P60. Not saying that the 450 is a bad chip, but we’re used to seeing upgraded processors in sequels of smartphones, so this can be a let-down for a few. That being said, I’m sure a lot of you would be more than happy to see a trusted Qualcomm chip, and Realme seems to be banking on that trust for its sales. There are 3 or 4GB RAM options along with 32GB or 64GB of internal storage. 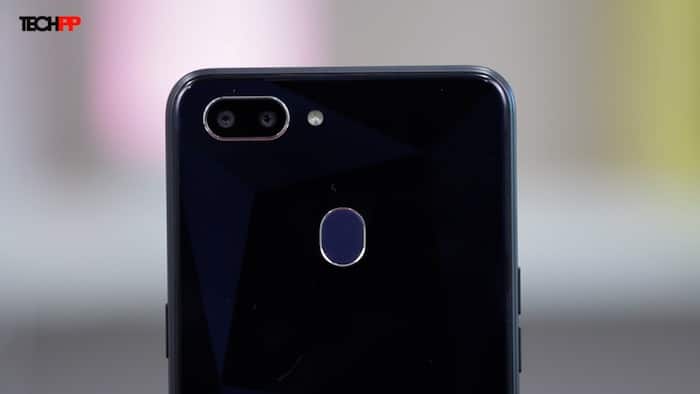 On the software front, the Realme 2 runs on Color OS 5.1 on top of Android 8.1 Oreo. There are a few nifty features here like the ability to run dual apps, gesture navigation, game space etc. The battery as stated earlier is a 4230mAh unit which should undoubtedly result in great battery life, more on that in our full review, so stay tuned. There’s no quick charging though, so expect long charging times. 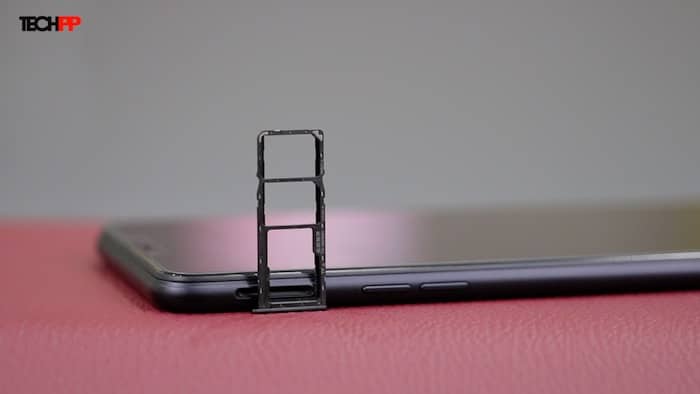 The Realme 2 is priced at Rs 8,990, and for that you get a slightly underpowered chip, a large display, dual cameras and a huge battery. The 3GB/32GB variant of Realme 1 was recently discontinued, and we now know why. So will the Realme 2 prove to be the game changer in this segment? Or will fierce competition from brands like Xiaomi hinder its ambition to be a real good offering? You’ll have to wait for our verdict, so watch out for our full review coming up soon.

Was this article helpful?
YesNo
TechPP is supported by our audience. We may earn affiliate commissions from buying links on this site.
Read Next
Realme GT Neo 3T Review: An Easy Recommendation but Not at MRP
#First Cut #First Impressions #hands on #Realme #RealMe 2