4 Common MacOS Mojave Problems and How to Fix Them

The fifteenth annual update for Apple’s desktop operating system, MacOS Mojave is now rolling out to all the compatible Macs. And like it’s the case with every other software update, in addition to bringing a series of new features, it too comes along with its set of nuisances. Here are fixes to four of them. 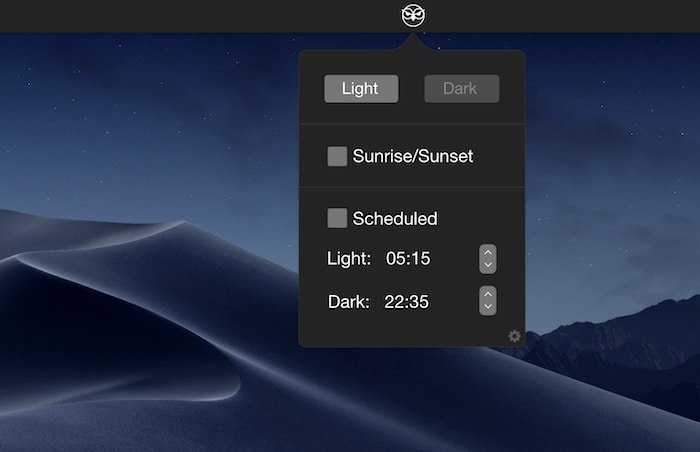 The Dark Mode is one of the headlining features of MacOS Mojave and while the theme itself is quite impressive, Apple did miss including one key, obvious setting — scheduling. You can not configure the dark mode to kick in when the clock strikes the evening hour. Thankfully, there’s already a third-party tool which lets easily achieve this functionality.

It’s called NightOwl (for a clear reason) and it’s a free menu bar Mac app. In addition to letting you quickly switch between the light and dark theme, NightOwl also allows you to schedule both of them. Plus, there’s an option which when enabled, changes the modes automatically as per your location’s sunset and sunrise timings.

Alternative for Caffeine on MacOS Mojave 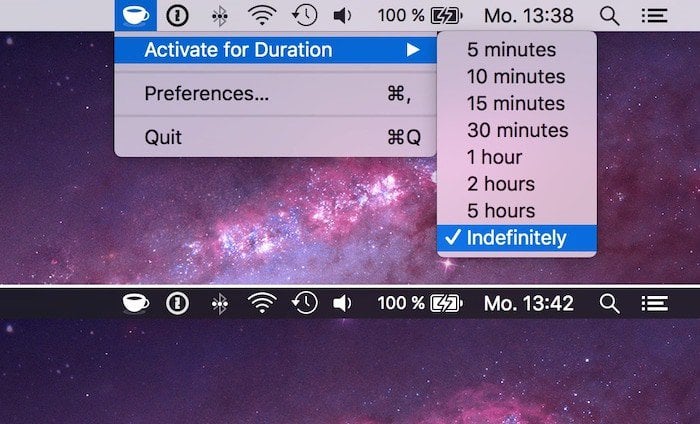 Popular Mac utility, Caffeine which prevented your computer from going to sleep seems to incompatible with the Mojave update and sadly, doesn’t work. There are, however, a bunch of other equally competent and free alternatives available. And the best one, I feel, is KeepingYouAwake.

KeepingYouAwake is a free, open-source utility for Mac which enables you to circumvent the operating system’s odd standby restrictions letting you keep your computer awake for as long as you want. Like Caffeine, KeepingYouAwake comes with a straightforward interface as well with duration preferences and menu bar toggle.

With the Mojave update, Apple is doing away with a deprecated pixel rendering technique on MacOS in spite of the fact that its highest selling computer, the MacBook Air still relies on it. Therefore, if you’ve noticed blurrier text on your non-Retina Mac, you’re not alone. However, there is a fix for that.

Extra Bar on the Dock 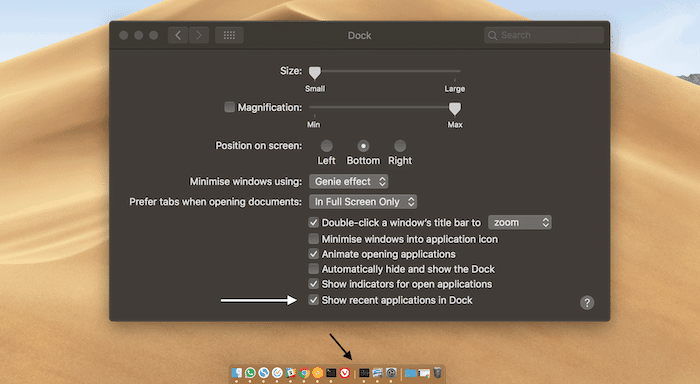 After updating to MacOS Mojave, you might have noted that there’s an extra bar in the dock. That’s not a bug, it’s a feature which has existed on MacOS for a while and the update simply activates it irrespective of your settings on High Sierra. The line separates the applications you’ve pinned on the dock and the ones you’ve recently launched. If you want, you can manually disable it by heading into the Dock Preferences and unchecking the last option which says “Show recent applications on Dock”.

AirDrop Not Working? Try These Fixes to Resolve Common…
How to Use System Restore to Fix Windows 10 Problems
[Tech Ad-Ons] Facebook: A "Post it" Solution to all your…
AirPods Not Charging? A Definitive Guide to Fix Them
Netflix Mobile Games: Best Games and How to Get Them on…
What are Smart Folders on Mac and How to Use them