One of the most talked about books about the impact of mobile technology on India owes its existence to an advertisement! When Ravi Agrawal he moved back to India from the USA in 2014, to report on the country as CNN’s South Asia bureau chief, he spent a few evenings watching the telly, to get a sense of the national mood. He was struck most by the Indian commercials, which, according to him, are “narrative-driven, recounting everyday stories,” and “get at the heart of what middle-class Indians are feeling.” He realized that the most prominent ads sold either mobile devices or cellular data, “selling an aspiration notion of what it meant to be connected and empowered.” Cellular provider Idea’s popular ad series on “no ullu-banao-ing” (literally translated as “don’t fool us”)in particular struck him with the notion that the Internet could perhaps become a great leveler, an equalizer, in a nation ridden with inequalities. The idea for a book on the subject was seeded. “India Connected” (published by Oxford University Press) has now been duly written and is making headlines too with Fareed Zakaria calling it one of the best books on India today. 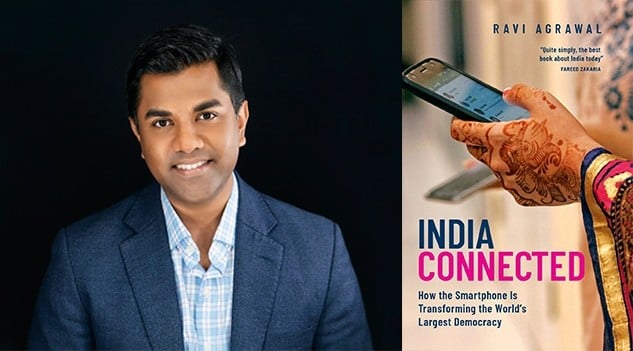 The book is based on the premise that India has leapfrogged into the internet era, as opposed to a steady transition that the west (USA) experienced. Thanks to the accessibility of smartphones, it is a revolution in India as opposed to an evolution in the west. The introduction of 3G technology in 2012, and the private sector taking over the telecom industry in the country made this possible.

“India Connected” is a timely, nuanced, exploratory journey in a digitizing India. It is a deep-dive attempt to make sense of what is happening in a nation that has suddenly been introduced to the Internet on their smartphones. It has stories of people living and breathing the Internet, and how it has changed their existence. It is packed with studies backing every statement.

The structure of the book is straightforward. It is divided into three parts, beginning with Opportunity, with three heartfelt stories of hope that the internet can change lives for the better; Society, with three more stories describing how the internet has affected the general public, delving into the era of dating apps, pornography and phone addiction problems; and State, with two stories outlining issues around regulation, privacy, internet shutdowns, and pitfalls of the digital revolution.

For someone who has only recently started reading on the subject, I was hooked from the first chapter. The stories are character-driven narratives, following a “rags to riches” or “overcoming the monster” or “the quest” archetypes. The author has taken his time to get to know his characters and has given atmospheric ethnographic vignettes of their lives. He treats them with respect and attempts to understand their state of mind. There is Phoolwati and her tryst with Google’s Internet Saathi initiative. There is Abdul and his undying optimism in the internet’s ability to improve education in India. There is Simran and her marriage via dating apps. There is Babloo and Deepanshu and their trials with the offerings of the internet’s gig economy (read Uber and WhatsApp). There is Saikat and the problem of smartphone addiction. There is Shafiq (my personal favorite) and his attempt to create Kashbook, a Facebook for Kashmir, at a time when state-driven internet shutdowns became a norm in India’s conflicted state. There are the terrible consequences of circulating fake news. And several more. Each story zooms out to provide a larger picture of the nation, stating the irony of the situation through studies and data.

The data is ominous. 18 percent of Indians make it to college when by comparison, 26 percent of the world’s population attends university. 4.69 percent of India’s workforce has undergone formal skill training, with 68 percent, 75 percent, 80 percent and 96 percent for the UK, Germany, Japan and South Korea respectively. India is the world’s third largest consumer of pornography, and 86 percent of consumers watch it on mobile screens. India has also witnessed more Internet shutdowns than Syria and Iraq. 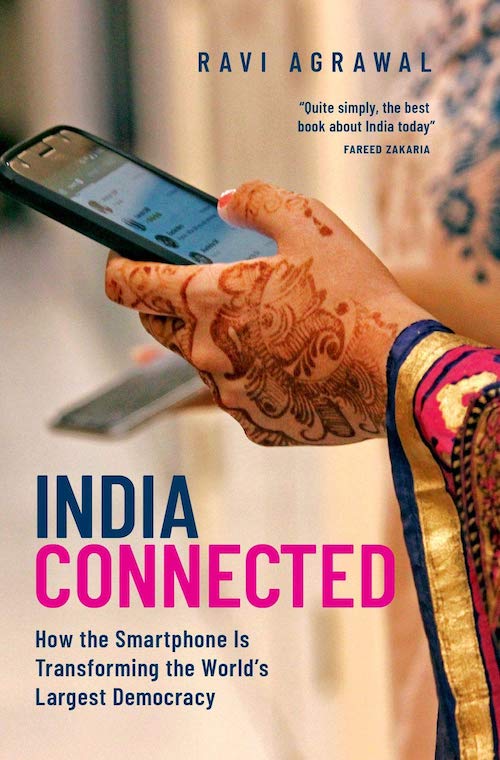 Despite the warning signs, Agrawal, throughout his book, as in an interview with TechPP, remains cautiously optimistic. “This is a book about India. About where the country is headed. I’m positive about India and its opportunities, but I have mentioned several times in the book that there are problems ahead,” he told us.

If there is anything amiss in the book, I would say language-wise, it seems to be catering to a western audience than an Indian one, because the author has gone to several lengths to explain small cultural details that one could overlook. There are also a few generalizations, such as one where he gives his views on the differences between an Indian (read lavish) and an American (read simple, intimate) weddings. I think extremes exist in all cultures, but I can see where he is coming from. The individual stories in the book also go on to show how our core beliefs stay the same, and it is only the tools of expressing those beliefs that keep changing. Manu Joseph, in an interactive session with the author, pointed out this poignant truth, “Technology is the true reflector of human nature.”

Here’s hoping with cautious optimism that “the magic device”, the smartphone, does turn out to be “India’s great equalizer.” Time will tell.

If you are interested in India, and technology and its impact, well…read it!