In the last year, Chinese phone makers have been busy building their own versions of Apple AirPods and today the so-called “Apple of China” joining the club as well. With the new Mi AirDots, Xiaomi has introduced its first true-wireless earphones which feature all the run-of-the-mill features we’ve come to expect from such accessories. 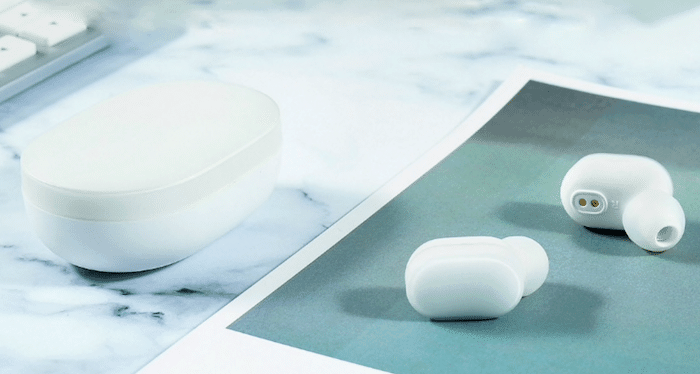 That includes a charging case that can lend the headset an extra twelve hours of juice, touch-sensitive earbuds which let you perform all sorts of common actions such as taking calls, skipping music with various combinations of taps, and 7.2mm audio drivers that are capable of producing deep acoustics. Like the rest, the Mi AirDots also come with true wireless stereo (TWS) technology that is responsible for efficiently splitting the audio in both the earbuds. Each earbud even has nearly the same weight as AirPods — 4.2 grams.

There is one key difference, though. The Mi AirDots are substantially more affordable than their fellow competitors. It’s priced at just CNY 199 (~Rs 2,100) in China and will go on sale starting November 11 through Xiaomi Mall, Xiaomi Youpin, Tmall, Jingdong, and Suning. As always, Xiaomi hasn’t revealed whether the Mi AirDots will eventually make their way into other regions.

In addition, the Mi AirDots are powered by Bluetooth 5.0 which consumes much less power than its predecessors and offers a longer range that remains unhindered other surrounding signals. Speaking of power, the earbuds themselves can last about four hours on a single charge and five if you can live with mono audio.

Was this article helpful?
YesNo
TechPP is supported by our audience. We may earn affiliate commissions from buying links on this site.
Read Next
Eight years, Eight times Xiaomi surprised us with the Redmi Note
#xiaomi #Xiaomi Mi AirDots