Tech Ads Get into Diwali Mode: Some crackers, some duds

The long and short of it

It is one of India’s most popular festivals – Diwali, the festival of lights. It is the time when people light up their homes and exchange good wishes, celebrating (cliche alert) the victory of good over evil. It is also the time when the market is packed with special offers and discounts. And companies get into special advertising mode. Tech brands have often greeted the festival with new campaigns which attempt to leverage the goodwill around the festival, while also highlighting their own products and services. This year has been no different. The past few days have seen a number of ads and videos from tech brands. Interestingly, when brands create occasion oriented ads, the comparison between them becomes a bit more, well, “standard” as all of them are on the same level as regards their attempts to make the most of the occasion, regardless of their position in the market, their sales or any such factor. This year, different brands have attempted to jump on the Diwali bandwagon with different approaches. Some of them work. Some, alas, fall flat on their “Happy Diwali” faces. 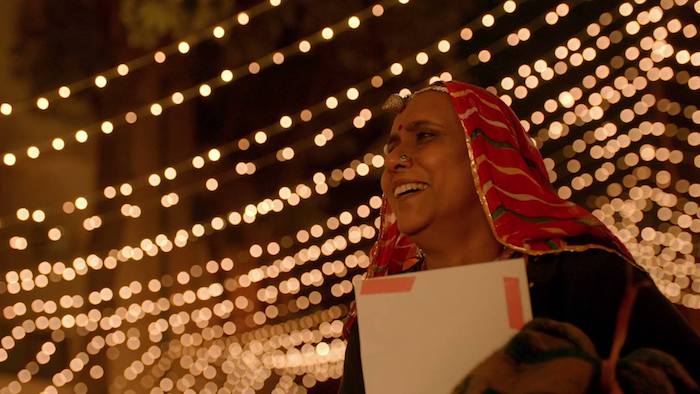 Short videos seem to be the rage this Diwali, with a number of tech brands choosing to create a short (ad) film that lasts about 3-5 minutes, instead of conventional ads that normally last for anything from half a minute to a minute and a half. At least four brands have taken this path this time: Vivo, OnePlus, HP and Oppo have all created short videos. Our favorite of the lot is the one by HP. The company’s film – “Ummeed Ka Diya” (the Lamp of Hope) is based around the struggle of an old lady selling handmade diyas for Diwali, and how a kid with an HP printers helps her sell all of her diyas, making her Diwali happy as well. While we think, the company could have focused a little more on the product and the brand, but overall it has done a good job with this ad film and used the emotional appeal of the festival very well, even while highlighting what its product can do. There is also a social appeal here – to help street vendors who sell lamps made of clay on Diwali. Interestingly, the company has posted the video on its Facebook page rather than its YouTube Channel – wonder if that is going to be a trend too.

Next up in the video list is the Oppo ad. Oppo has released two ads this Diwali one of which is a long one. The longer video, Best Diwali Gift, attempts to use emotional appeal, trying to touch viewers’ hearts. It is story of mother and her adopted daughter on the day of Diwali, which is also by coincidence the daughter’s birthday. Even as the daughter (who seems to be in her late teens or early twenties) is busy in the usual Diwali chores (shopping and the like), the mother is contemplating on how to tell her daughter that she is an adopted child – and the daughter is using an Oppo F9 Pro right through it. At the end of it all, she discovers that the daughter knows already and celebrate Diwali together. While we did not like the concept of the ad as much as we like the concept of the HP spot (how many people would give news that could possibly disturb someone on their birthdays, but that is another issue), Oppo gets full marks for being able to highlight the F9 Pro in it – its design, color, and features have been showcased, especially the USP of the device (5 minutes of charge gives 2 hours of talk time – and the girl actually gets the phone charged at a sweet shop). HP had the more convincing storyline, but we think Oppo was able to show its product better.

Vivo and OnePlus’ efforts in this regard are less effective, to be brutally honest. The Vivo film “#PhotoOfYourLife” revolves around a daughter and her father, who has been sad ever since his wife passed away a few years ago. The daughter uses a Vivo phone to rediscover members of a musical group in which her father used to play and then brings them to meet him, getting him to sing and be happy again. Nice idea, perhaps, but the company has hardly talked on its product or show any detail of its phone. Which defeats the purpose. What the daughter does on her phone could have been done on just about any device.

OnePlus too takes the “make a sad person’s Diwali happy” approach. In its film, “Happy Diwali to the OnePlus Community”, a young Indian living in Amsterdam, is away from home for the first time and asks his sister to send him some sweets for Diwali. The sister posts a message in the OnePlus community (interestingly, after saying she would not make such a post on Facebook!) to find people in Amsterdam who can help him feel like it is home and celebrate Diwali. We totally love how OnePlus has made its community the highlight of the film (even the name of the film is about it), and there are some who would feel mushy over it, but frankly, this could have been a film for any social media application or website. OnePlus had done a long Diwali ad previously too, but that too had highlighted its Dash Charge – this one is all about community, which is a noble sentiment, but is totally missing OnePlus itself. Perhaps that was the intention – how people make up the brand, but then surely the brand itself deserved more space to just give the film a distinct direction? In the end, this is a film about community, rather than the OnePlus community – the brand and its values seem largely absent, even though there is a lot of spoken content in the ad (most of it seems to be about the brother and his family and the kind of person he is – OnePlus could have been ‘added’ at some stage, perhaps?).

Then there are the shorter, more conventional ads. Oppo has come out with one which features Deepika Padukone and surprisingly, never made us feel as if this was a celebrity-centric ad – well played. In the ad “#BestDiwaliGift”, as Padukone gets home, she finds her Diwali gift, an Oppo F9 Pro on the table. As she gets delighted about it, her brother comes up from behind and screams “surprise,” making her drop the phone. Not only does the phone survive the fall, but her brother also reminds her that the company offers a free screen replacement for a year, with the phone. Clever! We think the ad actually does much more for the brand in just a minute than what the other did in 4.5 minutes. It’s focused on the phone and highlighted a key benefit.

There are also shorter ads from Nokia and Saregama and we have reviewed both so will just touch on them here. While the Nokia ad was not exactly exceptional, it perhaps captured the essence of Diwali better than a number of other ads, as it showed a lot of Diwali centric activity and also managed to show the phone being used in it. Yes, it was celebrity heavy, but it still talked of phone features (albeit none that were exceptional) – frankly, Nokia shone through more in this less-than-perfect short ad than OnePlus, Vivo and Oppo managed to in much more time.

We have saved the best one for the last, the Saregama Carvaan ad, “#ShorYaSangeet” (Noise or Music?) and as we have reviewed it in detail, we will simply restrict ourselves to saying that this 46 second ad, which shows how an elderly gentleman cheers up his dog (who is terrified by all the Diwali crackers and noise) by playing music on the Carvaan speaker, manages to show a beautiful relationship between a canine and his human, and still makes the product the hero. It is one of the shortest tech ads we have seen this Diwali and yet it beats all the others combined. By miles. It is emotional, celebrates the spirit of Diwali, has a social message and – this is where it beats every other ad or film hands down – makes the product the lead. Yes, some of the other ads moved us too, but this was the one where our emotion was triggered by the use of a product, rather than a set of circumstances. The other players got the story right but perhaps allowed it to overwhelm the brand or the product. Saregama did not. And it made our Ad Diwali a happy one.

Perhaps there is a lesson here – that whenever possible, in ad films at least, less is actually more. For no matter how well an ad or a promotional video is made, it still often remains an intrusion in the normal business of viewership. Here’s hoping that next year, companies will not just invest in the length of these ads but also in the content. And take a few pages out of the Carvaan ad book. Yes, the longer videos this year did have a “feel good” factor about them but at the end of the day, they really are about building brands and selling products, and we think a few of them came a cropper in that department.

As the man whom many call the Father of Advertising, David Ogilvy, so brilliantly said

“When I write an advertisement,
I don’t want you to tell me that you find it ‘creative.’
I want you to find it so interesting
that you buy the product…”

We are interested in buying a Saregama Carvaan. And if that does not tell the story of this year’s tech Diwali ads, nothing will.

A very Happy Diwali from all of us.

[Tech Ad-Ons] Pandemic wali Happy Diwali
[Tech ad-ons] Realme Connect for Real Diwali: No Real(me)…
[Believe Tech or Not] Happy Birthday, Gmail… and yes, thank…
Skullcandy Jib+ Review: Some plus, some minus
JioPhone Discounted to Rs 699 for JioPhone Diwali 2019 Offer
3 Ways to Boot into Windows 11 Safe Mode [How to Guide]