The M for masses device

Samsung has launched two devices in its new M series. And they both have been targeted at different segments of the phone market. While the M20 with its better specs has been clearly been aimed at the mid-segment of the market where the likes of the Redmi Note 6 Pro and the RealMe 2 Pro hold say, the M10 is a device that is clearly targeted at a slightly lower price point. It, in essence, goes up against the likes of Xiaomi’s Redmi (rather than Redmi Note) devices. 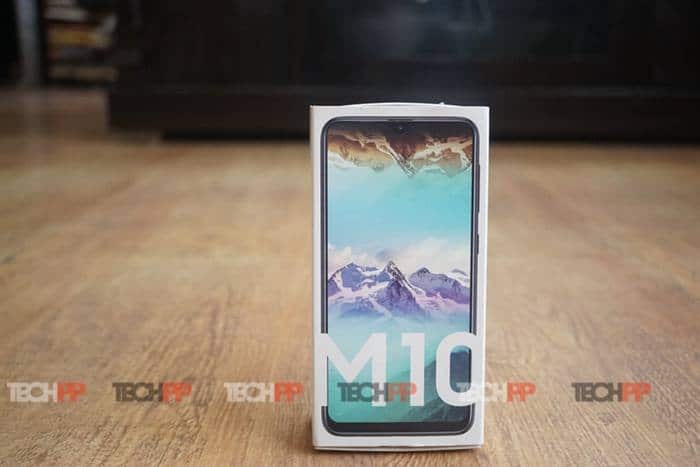 Twinning in design, not in specs

Mind you, at first glance, it is very difficult to tell the M10 apart from the M20. We got the ocean blue edition of the device and it broadly follows the same design aesthetic as its more expensive sibling – the display is slightly smaller at 6.22-inches but has the same drop notch (Infinity-v display) with a selfie camera and rather minimal bezels. The back is again glossy plastic with the dual cameras on the top left corner in a vertical capsule. It is however on the back that the first significant design difference between the two devices appears – there is no fingerprint scanner on the M10 and the speaker grille which was on the base of the M20 is on the back of the M10. The volume and power button are however on the right and the SIM card and memory card tray (dedicated slots for dual SIMs and a micro SD card) on the left and the top is relatively barely, just as on the M20. The base, however, only has the 3.5 mm audio jack and micro USB port (no USB Type-C port here). At 155.6 mm in length, the M10 is slightly smaller than the M20 (that smaller display accounting for the reduction, no doubt), and is significantly slimmer at 7.7 mm. It is comfortable to hold, and in spite of being glossy, is not slippery, although the back will pick up smudges and stains. It is smart enough but will not turn heads, really. 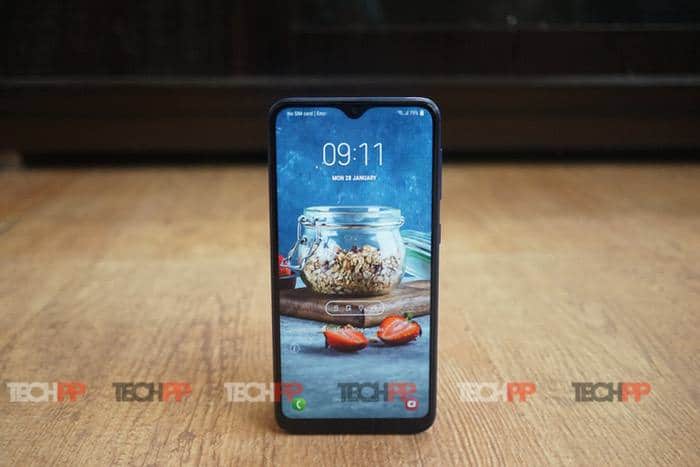 If the designs of the M10 and M20 seem largely similar, their spec sheets mark them out as very different brothers of the same mother. The 6.22-inch display of the M10 is HD+ and not a full HD one (sorry, no AMOLED here either). Then there is the processor – it is octa-core but the Exynos 7870 is a clear notch below the 7904 on the M20, and RAM and storage options are 2 GB and 16 GB, and 3 GB and 32 GB. The battery also is smaller at 3400 mAh, which accounts for the slimmer form factor. Like the M20, the M10 also runs on Android 8.1 over which Samsung has placed its Experience 9.5 UI. Connectivity options, however, are largely the same as the M20 – 4G, Wi-Fi, GPS, and Bluetooth. 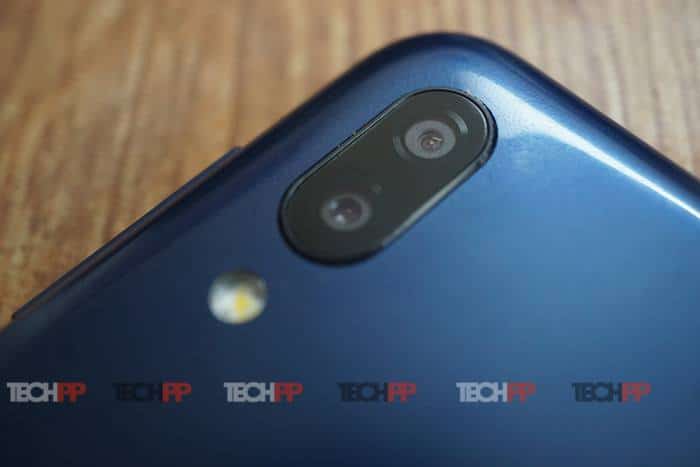 A very significant area where the M10 mimics the M2 is the rear camera set up – a 13-megapixel main camera and a 5-megapixel ultra wide secondary camera. And this makes the M10 a very good device in the department. For, the same cameras that seemed a little middling in the higher priced M20 are very good value for money at a lower price. While the snappers on the M20 were not quite in the league of the Redmi Note 6 Pro, the same ones on the M10 can comfortably hold their own against the likes of the Redmi 6. Mind you, we did feel that the performance of the cameras on the M10 seemed just slightly inferior to that on the M20 in terms of focusing and processing speed and sometimes even in terms of detail, but all said and done, the cameras take very good pictures in good light conditions, and turn in a surprisingly acceptable performance even in low light conditions.

(Click here for full resolution versions of the below images) 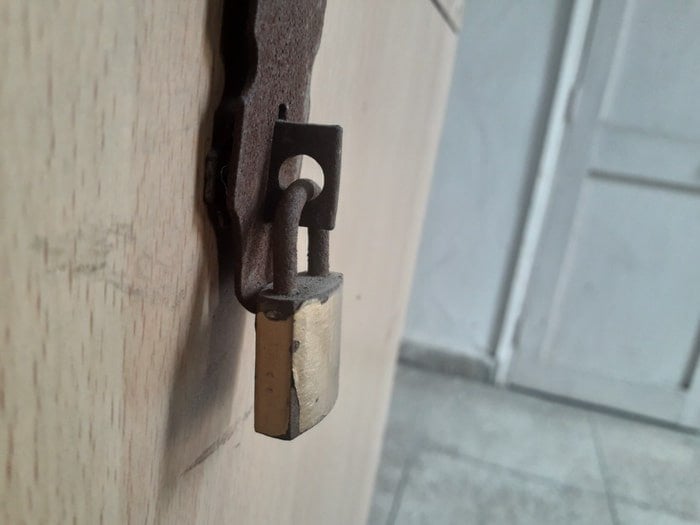 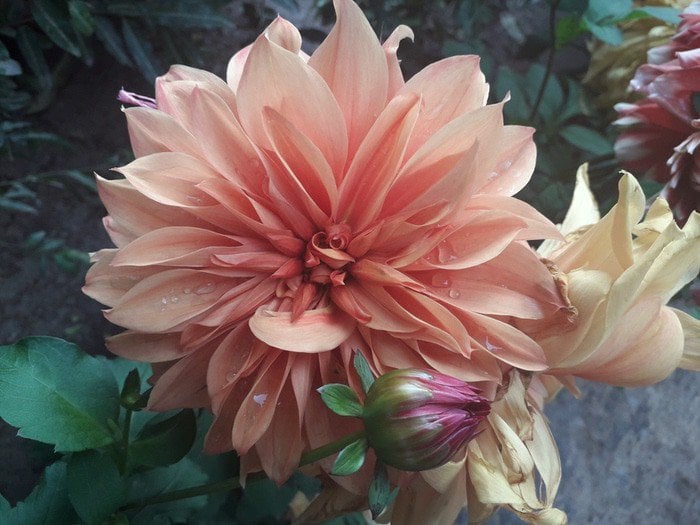 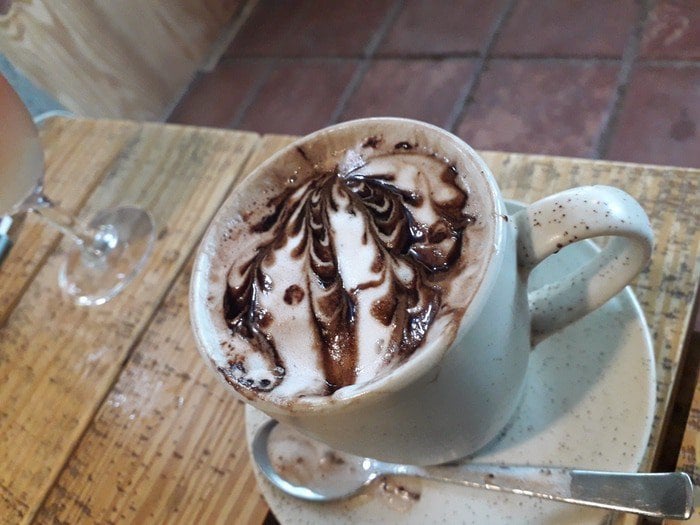 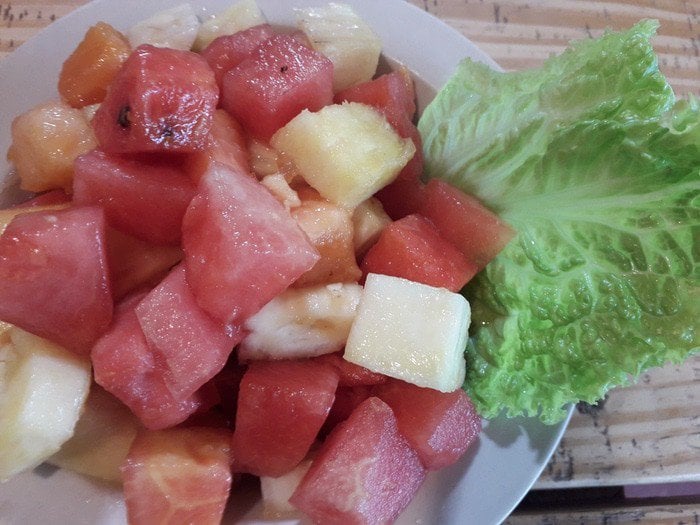 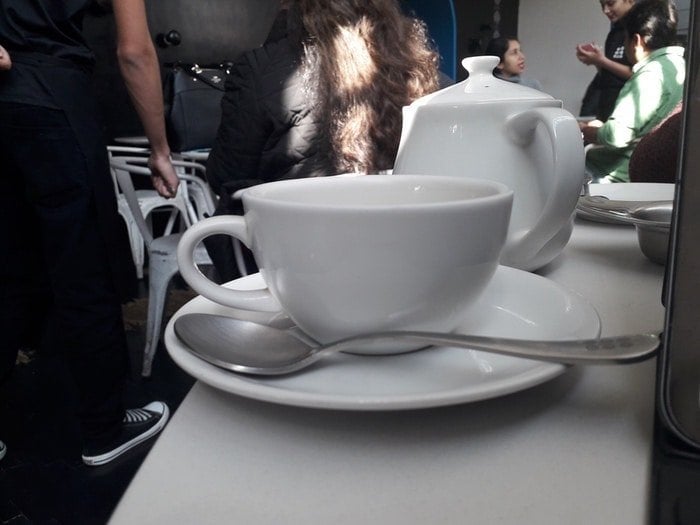 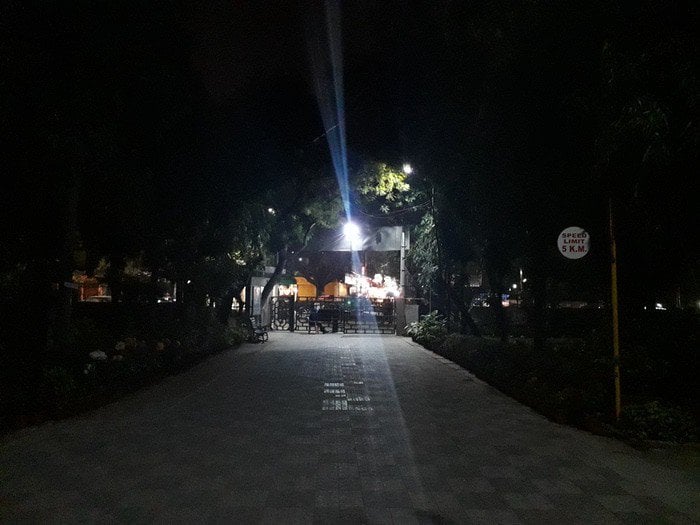 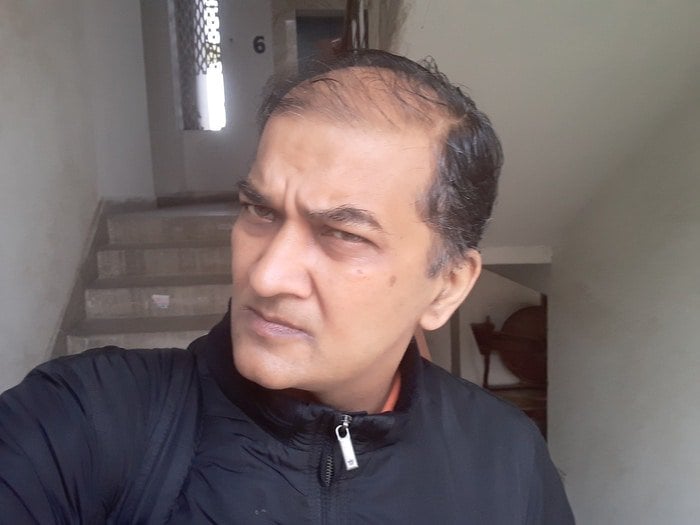 Once again, the wide angle shots that the camera takes comes at the cost of resolution – you will get 5-megapixel wide-angle shots as compared to 13-megapixel ones on the main camera. Yes, colors will be a little on the brighter side, but we cannot see too many people complaining about that. Video is more than acceptable in bright light conditions, although it tops out at full HD. Samsung has provided a number of effects, filters, and settings to let you play around with images, although we need to point out that the “live focus” (portrait mode) needs a face to work with, and even then can miss out edges often. But once again, what we need to stress is that while these cameras seemed a little out of their depth (pun intended) against the likes of the Redmi Note 6 Pro and RealMe 2 Pro, they are more than capable of taking on anything Honor and Xiaomi throws at them at a lower price point. The same, however, cannot be said of the 5.0-megapixel selfie camera which produced slightly faded colors and seemed not quite there in the detail department.

The 6.22-inch display, on the other hand, is a pleasant surprise. We had relatively low expectations of it given its lower resolution, but it handles colors and contrasts very well indeed. Yes, it is clearly not as good as the one on the M20, but it is certainly a very good one for the price, and more striking than most of the competition. Another pleasant surprise is the battery, which in spite of being relatively smaller than the one on the M20 (which has a 5000 mAh battery) easily lasted a day of normal use and can go to a day and a half with careful use, although it has no support for fast charging. The processor too turns in a decent performance, although it is not really capable of handling the likes of PUBG at full tilt and you can see frame drops and lags even while playing Asphalt. This is not a device built for gaming, although it handles most casual titles (Alto’s Odyssey, Subway Surfer, Candy Crush) with a degree of ease. There was also the odd pause and lag when we had too many applications running, but by and large, the M10 is a smooth performer if all one is looking for is a lot of messaging, web browsing and social networking. Sound quality is acceptable, although not exceptional (unlike Honor and Nokia), and although the speaker is loud enough, placing the phone on its back kills some of the sounds.

Like the M20, the M10 has also been promised an Android Pie update in the coming days. But even without it, the non-geeks are unlikely to have too much to complain about in Samsung’s Experience UI overlay. It is no longer as overwhelming as TouchWiz was and for the most part seems to work smoothly, although the settings can still be a little complex and confusing and apps are repeated – Samsung has its own browser and e-mail client for instance, even though the phone comes with Chrome and Gmail. Xiaomi and Honor users might feel a little underwhelmed by it, but by and large, we did not have much to complain about.

The absence of a fingerprint sensor can be a bit of deal breaker for some, though, as the Redmi 6 does come with one, and fingerprint sensors are becoming increasingly hygiene in smartphones, even at relatively lower price points. The face unlock on the device does work well but you are told while setting it up that it can be fooled by images and videos, which is not very reassuring if you know what we mean. 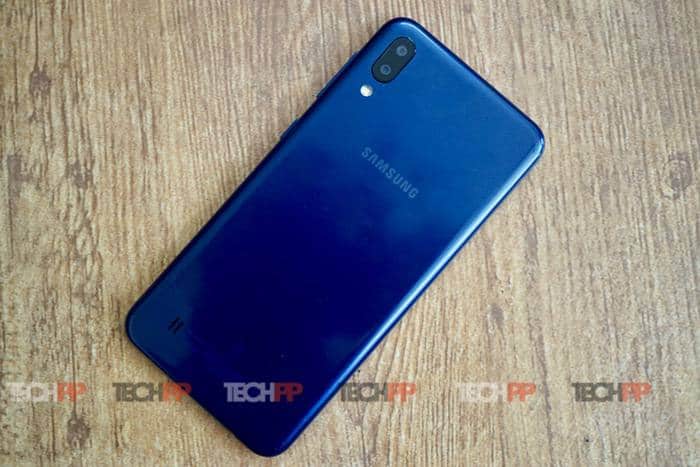 The M10 starts at Rs 7,990 for the 2 GB/ 16 GB edition and Rs 8,990 for the 3GB/32GB edition, and well, at that price, it goes right up against the RealMe C1, and most notably, the Redmi 6. And thanks to that camera and a very decent display, is more than capable of holding its own against them, although some will point out that the Redmi 6 has better memory/storage configurations, that its Helio P22 processor works better, and well, it has a fingerprint scanner. In fact, while the M20 might get more attention, we suspect it is the M10 that might end up with the higher sales figures. It just seems to give more at a lower price, and well, Samsung’s brand equity is likely to carry much more weight at a lower price point, especially for those who are looking to invest in a good smartphone at a relatively tight budget. It might seem like a Jack in the Galaxy M series deck, but it could well be an ace in disguise.