Reviewing smartphones involves switching back and forth between multiple devices in a short span of time, which means you don’t really get to use a device for long outside of its review period. Especially with brands, of late, flooding the market with new phones every few days, some smartphones tend to get lost in the crowd and are generally forgotten once the hype subsides, and quite understandably, as tech moves forward at a rapid pace every single day. However, there are some phones that set a standard by getting most things right and perfecting almost every aspect, phones that you want to keep using even outside the review period. That phone for me is the Huawei Mate 20 Pro. 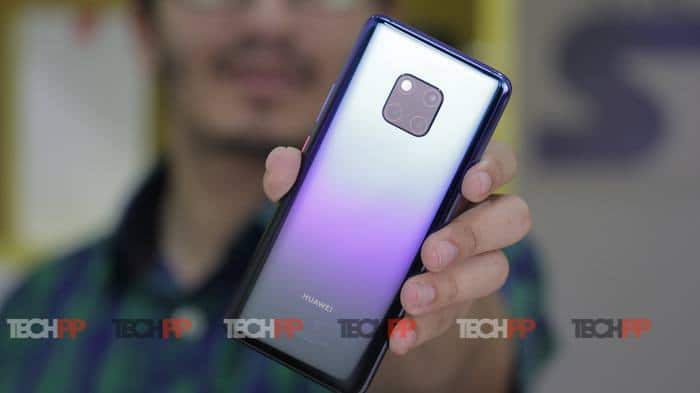 There’s no one reason or aspect of the Mate 20 Pro that makes me want to go back to it each time. Rather, it’s the fact that Huawei managed to perfect almost every key attribute of the Mate 20 Pro which work in tandem to provide one of the most complete smartphone experiences. Let me explain.

Right from when you pick up the device, the Mate 20 Pro screams premium. Though it’s already been over six months since the device was launched, no way does the design feel dated. Yes, there’s no punch hole cut-out or fancy slider/popup mechanisms for the front camera, but the curved sides on the display along with the curved back provide a seamless feel when holding the device. It’s not just about how the device feels, it’s about the looks as well. In our review of the Mate 20 Pro, I mentioned that the phone is a design connoisseur’s dream come true and that’s because not only does it feel premium, but the gradient back also gives the phone an exquisite look. 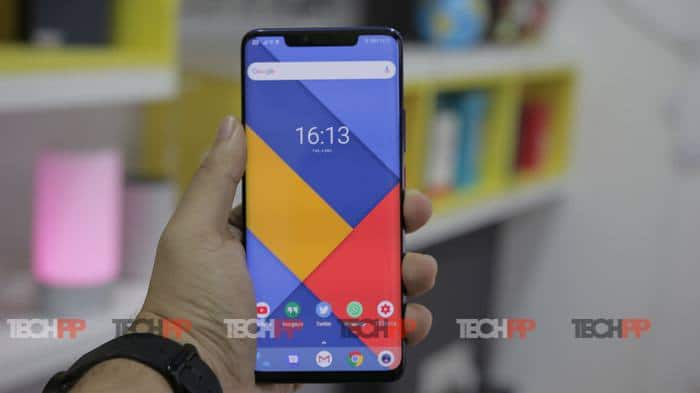 Another reason why I love the exterior of the Mate 20 Pro is that despite having a huge 6.4-inch display, the curves make it feel much more compact than it actually is, enabling one-handed usability to a certain extent. Even if you pick up the more recent Huawei P30 Pro, most design elements are retained from the Mate 20 Pro itself since it already had such a premium build. 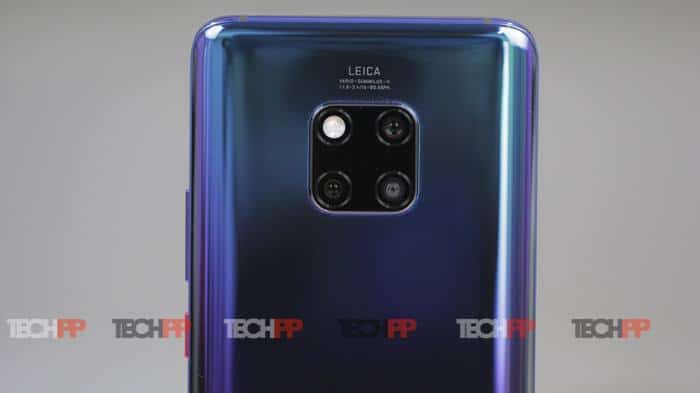 The Mate 20 Pro has three cameras on the back – A primary 40MP shooter, a wide-angle lens and a telephoto lens with up to 3X optical zoom ad 5X hybrid zoom capabilities. While these numbers may seem underwhelming after the launch of the P30 Pro, the options on the Mate 20 Pro still make it one of the most versatile smartphone cameras out there. While the front-facing shooter does not take home any awards for the quality of photos, it gets the job done and this didn’t concern me a lot as I rarely take selfies.

Flagship smartphones generally tend to skimp out on bigger batteries due to increased thickness and end up compromising on battery life. Well, the Mate 20 Pro changes that entirely. Honestly, this smartphone is just nuts when it comes to battery life. If used moderately, you can even go up to two days of usage which is incredible for a smartphone, let alone a flagship. It’s just impossible to kill this thing irrespective of what you do, and this is the most important reason why I have a special affinity with the Mate 20 Pro.

To go along with a massive 7-8 hours of screen-on time, the Super Charge brick provided in the box can top the phone up from 0-100 in just about an hour’s time and given the massive 4200mAh capacity, the pace is remarkable. 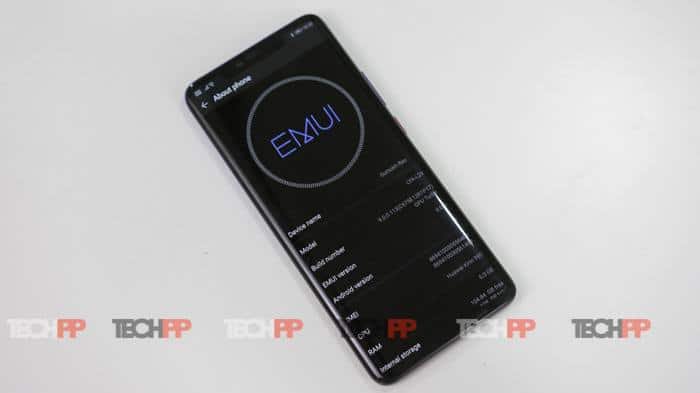 Performance, thanks to the 7nm based Kirin 980 is very reliable on the Mate 20 Pro and apps open up quickly. EMUI isn’t the most polished interface though, so there are some bugs here and there but the general performance is more than satisfactory.

There’s IP68 rating as well so the occasional spill or dunk should not cause any issues to the phone. Wireless charging is also present along with support for reverse wireless charging too, but that’s something that I never used. There’s also an IR blaster which can be handy at times, and not to forget the face unlock is extremely quick and secure, thanks to dedicated sensors.

The Mate 20 Pro, at least for me, is still very relevant in 2019 and in case you manage to crack a nice deal on the device, there’s no way you would be disappointed. Of course, the P30 Pro is here now, and it seems like Huawei has ticked all the boxes right, all over again. However, if you’re not too keen about the crazy 10X or 50X zoom capabilities and the unreal low-light photography on the P30 Pro, the Mate 20 Pro is a fantastic smartphone to purchase even today, and as long as I don’t have any phone to review, for the time being, I’m going back to my trusted Mate 20 Pro.

Was this article helpful?
YesNo
TechPP is supported by our audience. We may earn affiliate commissions from buying links on this site.
Read Next
With Football Manager 2023 Touch, Apple Arcade finally has its “killer ...
#Huawei #Huawei Mate 20 Pro #Opinion