Amazon’s Echo Show was the brand’s most premium ‘Echo’ series speaker as not only did it feature the Alexa voice assistant, but it also put a huge display on the front which meant that the Echo Show could double up as an entertainment hub along with being a smart speaker. The Echo Show, however, is bulky and expensive and that’s the reason Amazon has launched a mini version of the display-donned smart speaker, the Echo Show 5. 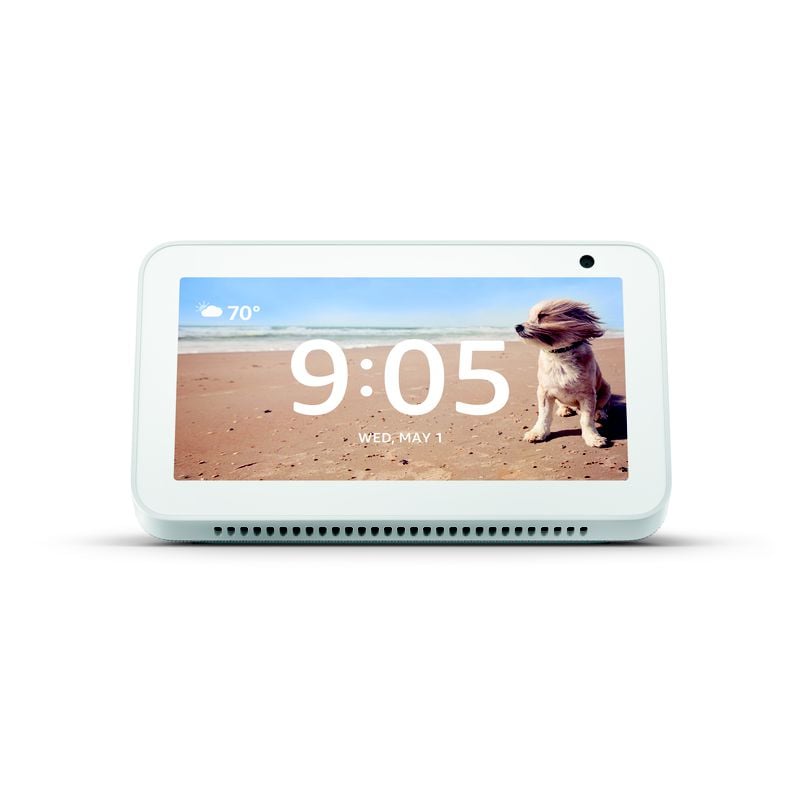 As the number in the name of the product would suggest, the Echo Show 5 sports a 5.5-inch display which is almost half the size of the 10.1-inch display on the original Echo Show. The front-facing camera for video calls is still retained though, and the speaker seems to be very similar to that of the Echo Dot.

While this is indeed a smart speaker, the tiny size means that it’s most likely to be used as a desk accessory or as a bedside alarm clock rather than a full-fledged entertainment hub that the Echo Show originally intended to be. However, that does not mean that you cannot consume content on the Echo Show 5. You can watch your favorite shows from Amazon Prime, or even access YouTube through the built-in browser.

The camera on the front might raise some eyebrows given that it’s an accessory that would be placed inside of a bedroom, and understandably so especially after all the privacy breaches in recent times on the internet, but Amazon has a solution for that. There is a physical switch on the device that shutters the camera when not in use, and the fact that the shutter is visible adds to the peace of mind.

The Echo Show 5 will be available in two colors – Charcoal and Sandstone and will retail for $89.99 in the US, while in India, the device will be sold for Rs. 8,999. You can pre-order one starting today, and the device will start shipping in June in the US, and in July in India. The Echo Show 5 will compete directly against Lenovo’s smart clock with Google Assistant which sells for $79, and is also said to be shipping soon.

Was this article helpful?
YesNo
TechPP is supported by our audience. We may earn affiliate commissions from buying links on this site.
Read Next
12 Best Audible Alternatives: Top Free or Cheap Audiobook Apps [2022]
#Amazon #Amazon Alexa #Amazon Echo Show 5