Apple has finally announced a new Mac Pro at the World Wide Developer Conference held in San Jose today. The new Mac Pro is an incredibly powerful desktop machine that is mainly aimed at photo and video editors as well as musicians who edit multiple tracks at once and hence require a lot of power. Along with the Mac Pro, Apple also announced a new 32-inch 6K display named Pro Display XDR. 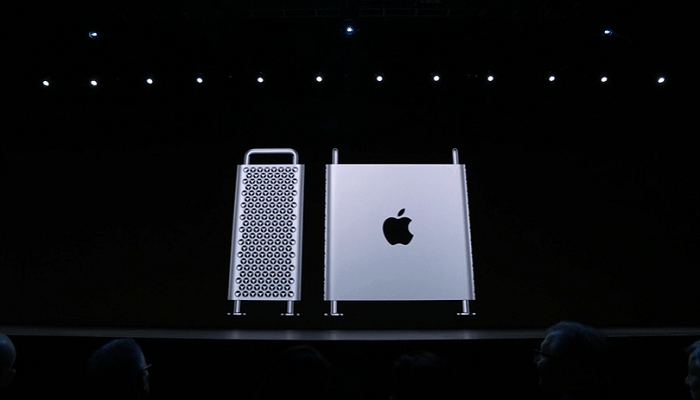 At the heart of the Mac Pro is a beastly 28-core Intel Xenon processor with 300W of power, a massive heat sink (od course), 6 channel ECC memory allowing up to 1.5TB of system memory and 8 PCIe slots. The dedicated I/O card onboard sports 2 full-sized USB 3.0 ports, 2 USB-C Thunderbolt 3 ports and a 3.5mm audio jack. For graphics, there’s wither a Radeon Pro 590X or Radeon Pro Vega 2 with the option of dual-GPU of up to 128GB vRAM. There is also a dedicated Afterburner card which helps with processing and rendering videos at a rate of 6 billion pixels per second. Software developers like Adobe, Autodesk, Serif and Blackmagic can make use of this and optimize their software to run even better on the new Mac Pro.

The Mac Pro has a 1.4kW power supply unit, 3 fans for best-in-class cooling and the optional addition of wheels for portability. The base variant of the Mac Pro with an 8-core Xeon CPU, Radeon 580 graphics and 32GB of memory will start at $5999 and will be available to purchase later this fall. 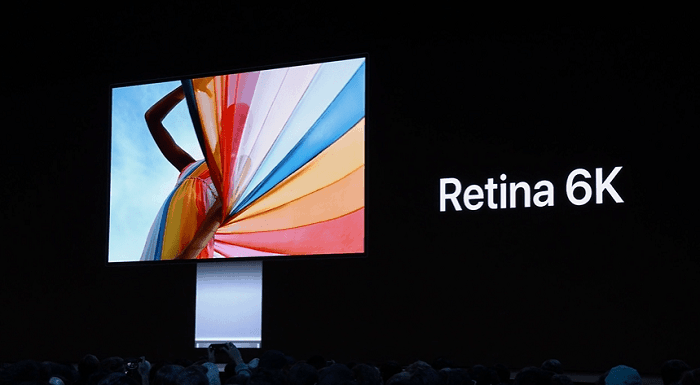 The Pro Display XDR is a 32-inch panel with a massive resolution of 6K and 218 pixels per inch with support for HDR. The panel can achieve a brightness of up to 1000 nits for an infinite duration and can hit a peak brightness of 1600 nits, with a contrast ratio of 1000000:1. The display connects through Thunderbolt 3 and one can attach up to 6 Pro Display XDRs with the new Mac Pro.  A dedicated stand will also be available for tilt and height adjustment and for rotation. XDR stands for Extreme Dynamic Range indicating that the panel betters the quality of HDR. The Pro Display XDR will retail starting at $4999, and there will also be an etched version for a matte finish and is priced at $5999.

Was this article helpful?
YesNo
TechPP is supported by our audience. We may earn affiliate commissions from buying links on this site.
Read Next
With Football Manager 2023 Touch, Apple Arcade finally has its “killer ...
#apple #Mac Pro #Pro Display XDR #WWDC 2019