UFC is a global organization that offers martial arts training and competitions. It has become a global phenomenon because of the style of fighting events, unusual weight division, and best-of-three rounds. Widely known as the Ultimate Fighting Championship, this organization is one of the fastest-growing sports in history. It comes with an overnight success story that placed it among the world’s top five most valuable sports brands. 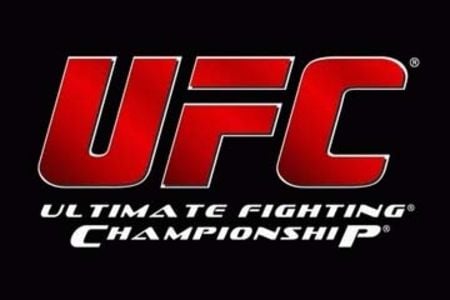 Some of the most popular UFC fighters include Brock Lesnar, Shane Carwin, Mauricio Rua, Anderson Silva, Frank Mir, and Antonio Rodrigo Nogueira, amongst others. UFC programming is now shown in 130 countries worldwide. The UFC plans to continue expanding internationally, running shows regularly in Canada and the U.K., with an office established in the U.K. to expand the European audience. UFC has also held events in Germany, Australia, and the United Arab Emirates, while Afghanistan, China, Mexico, and the Philippines are candidates for future events.

If you’re looking to catch UFC fights but can’t get access to a T.V., you can watch them live. This is also true if you are outside the U.S.! So bookmark now before you miss the thrilling fights and have to wait for the Sportscenter highlights. There are over 70 million viewers who tune in each week to watch the live fights.

If you want to watch UFC online, then you can catch all the action on ESPN+, which is actually offering a big discount for new subscribers where the yearly plan for UFC and ESPN+ will cost just $79.99 instead of $109.99.

These links below can be used to catch the live streaming of UFC fights online for free.

A welterweight bout between Khamzat Chimaev and Nate Diaz is expected to headline the UFC 279 event. The aging workhorse, Nate Diaz, is pitted against the young lion Khamzat Chimaev. It’s expected that Chimaev will have it easy against Diaz, but stranger things have happened at UFC this year, so we never know. The other bout is also in the welterweight division, with Li Jingliang taking on Tony Ferguson. At 38, we wonder if Tony still has it in him to win against Jingliang, whose only loss in recent times came against Chimaev.

UFC returns to T-Mobile Arena in Las Vegas after the weekend in France. The other bouts in the main event are Kevin Holland vs. Daniel Rodriguez (catchweight, 180lbs), Irene Aldana vs. Macy Chiasson (women’s bantamweight), and Johnny Walker vs. Ion Cutelaba (light heavyweight).

To effectively stream the fights and not miss a single moment, you’ll need to tune in from UFC’s Fight Pass, which costs $10 per month to access the company’s live-streaming fights, as well as an archive of bouts from previous events. It’s available on several device types, from smartphones and tablets to your favorite set-top box. You can also catch the main card on ESPN+.

When it’s time to watch the event on PPV, simply go to the specified channel on your dial and purchase it. You can also sign up for ESPN+, ESPN’s paid service, which costs $50 per year. You can get a package deal of ESPN+ and UFC for $80, a 25% discount off the full value of $110.

If you just want the PPV on your television, you can order it for $59.99 plus tax.

https://www.sonyliv.com/custompage/all-ufc-46765 – This is meant for Indian visitors only. You can use a premium VPN service like ExpressVPN to get Indian IP address and then watch UFC for free.

2. UFC live streaming for free on https://www.mmamania.com/ufc-live-stream-watch-free – Search for “UFC” when the event starts at 7pm PT

3. Watch UFC live streaming for free on https://wrestlingonlinematches.com/category/ufc/ – Search for “UFC” when the event starts at 7pm PT

5. Watch UFC Online for free on https://matchtv.ru/boxing – It’s a Russian site. Use Google Translate or other translating apps if required.

7. Watch UFC replay videos online for free on PlanetMMA. It’s an add-on for Kodi. Search on Google for more – https://kodi.expert/best-kodi-addons/planet-mma/

Note:
The following live streams aren’t technically free but most of them offer FREE TRIAL which you can utilize to watch UFC streams for free.

9. Watch UFC videos live online for free in Australia on https://www.foxtel.com.au/watch/main-event.html or https://kayosports.com.au/

Update: Ustream used to be one of the best sources to live stream UFC matches for free. Unfortunately, Ustream.tv was bought by IBM, and free UFC streaming was discontinued.

Was this article helpful?
YesNo
TechPP is supported by our audience. We may earn affiliate commissions from buying links on this site.
Read Next
How to Watch FIFA World Cup 2022 Online
#watch online #watch ufc free #watch ufc online