After smartphones, accessories and wearables are what brands seem to be targeting in order to attain a stronghold in the ever-so-competent consumer tech space. We saw Realme teasing their new fitness tracker, Xiaomi launching their first smartwatch (albeit only in China as of now) and now, it’s Honor trying to make a comeback into the Indian market with the Honor 9X and the Honor MagicWatch 2 smartwatch which is the main topic of discussion. Is it truly a “smart” watch or is it a glorified fitness tracker? Let’s find out. 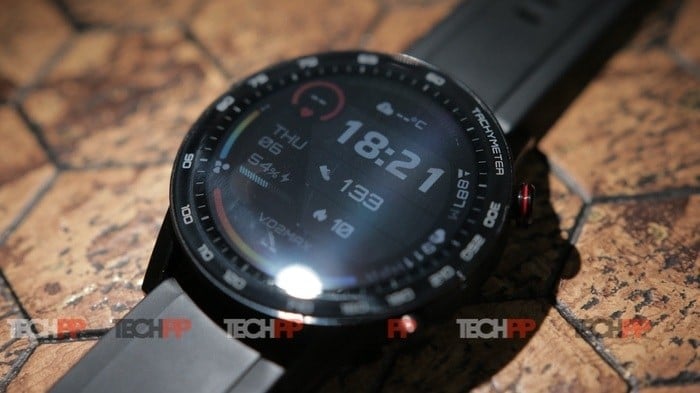 The Honor MagicWatch 2 is quite sleek and looks modern. The circular dial has curved glass all along the circumference which makes it look more premium. There are two buttons on the left of the dial which are nice and tactile. The housing is constructed out of metal, but the back is made of plastic. The bottom side of the housing on the right has the speaker grille nicely tucked in and is not visible when the watch is seen from the front. The mic, similarly, is hidden on the bottom left.

The stock silicone straps provided with the watch are of good quality and feel comfortable when worn even for long periods of time. They are also user-replaceable so you can get any compatible strap that suits your style. The Honor MagicWatch 2 is also 5 ATM water-resistant so you can wear it to a swim without worrying about damaging it. In terms of looks and how the watch has been constructed, the materials used are solid and the watch surely adds to your style quotient.

The MagicWatch 2 has a large AMOLED panel that looks good even in direct outdoor sunlight. There is an always-on mode that dims the display and replaces fancy animations and elements from your watch face with the bare minimum data, which is essentially just the time. The size of the display is large which means it’s easy to swipe around, but despite that, it’s a shame that there’s no third-party app support or you can type on the display to reply to notifications. 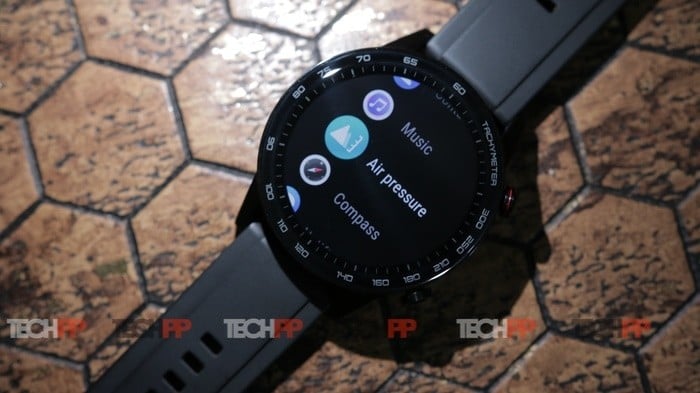 Speaking about the inability to reply to notifications, this is one feature that’s missing on every smartwatch that does not run on WearOS (with the exception of Samsung’s Tizen OS). This brings down the overall usefulness of a smartwatch because viewing notifications is something even a fitness tracker that costs 1/10th of the price of the Magic Watch 2 can do.

Apart from the fitness aspect, which involves step tracking, heart rate monitoring, running, cycling and swimming, the MagicWatch 2 can show you your notifications, show you the weather and air pressure, and thankfully, has one additional feature, which is the ability to make and receive calls. You can speak directly into the smartwatch and hear the other party through the onboard speaker. This is one feature we appreciate that makes the MagicWatch 2 stand out from the rest of the competitors in this segment, especially those from Amazfit. 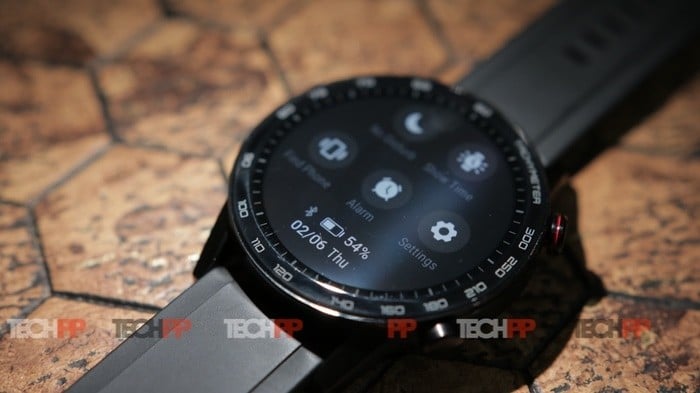 The UI is snappy and responsive, and the watch works with both Android and iOS. One gripe, though, is that the watch has a limited number of watch-faces built-in, and you cannot download any third-party ones. This is something that can be done on much cheaper watches so it’s disappointing to see that it’s not present on the MagicWatch 2. The workout data is accurate and if you want a good tracker for swimming, MagicWatch 2 can be a good option on a budget. You can also set alarms, timers, find your phone, control your music and even listen to music straight from the watch. 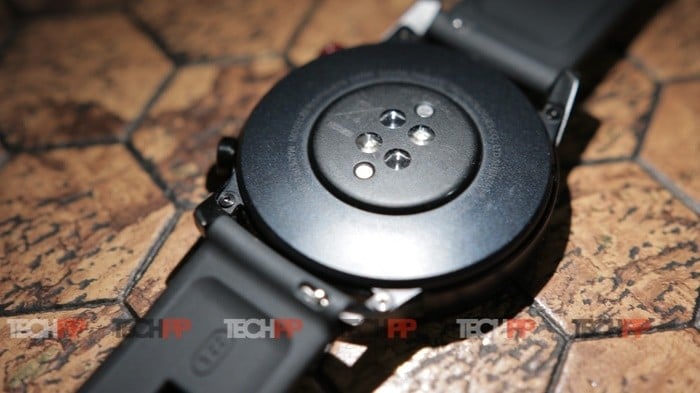 The Honor MagicWatch 2 lasted a good 7-8 days on a single charge with constant notifications. Continuous heart-rate monitoring was disabled, and the always-on display was turned on. While this is not as good as the Amazfit GTR, weeklong battery life for a smartwatch, in our opinion, is quite good. It also charges pretty quickly with the included magnetic cable, in about two hours to be precise. If you don’t get as many notifications, you can count on getting upwards of 10 days of battery life, which is closer to the 14-day claim. 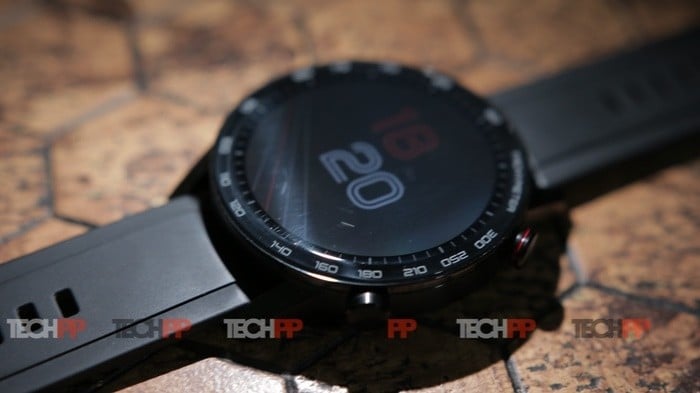 Out of most of the smartwatches we have reviewed without WearOS, the Honor MagicWatch 2 comes closest to offering the best functionality. While most of the features are the same as other smartwatches from Amazfit, you get good fitness tracking with the inclusion of swimming, and the ability to make calls is an added bonus that most smartwatches in this segment don’t have. For a starting price of Rs. 12,999, there are options of smartwatches with WearOS, but WearOS has its own set of flaws like poor battery life and UI filled with lags. If you don’t mind the absence of 3rd party app support and are focused mainly on the fitness aspect, the Honor MagicWatch 2 has got you covered.

Was this article helpful?
YesNo
TechPP is supported by our audience. We may earn affiliate commissions from buying links on this site.
Read Next
iQOO 11 5G Review: Does It End Your Quest for the Ultimate Smartphone?
#Honor #Honor MagicWatch 2 #review #Smartwatch