How to Record Calls on Any Android Smartphone

Call recording is actually quite a basic feature that has been existing for the longest time on smartphones. However, the ability to record calls natively is a feature that only select smartphone manufacturers provide on their skins/UIs due to the fact that call recording without the other party’s consent can be illegal in a few regions. It also raises privacy concerns because the person on the other side of the line is not aware when you’re recording the call. Regardless of whether your current smartphone has the ability to record calls in-built or not, we’ll tell you how you can do it on any Android smartphone. 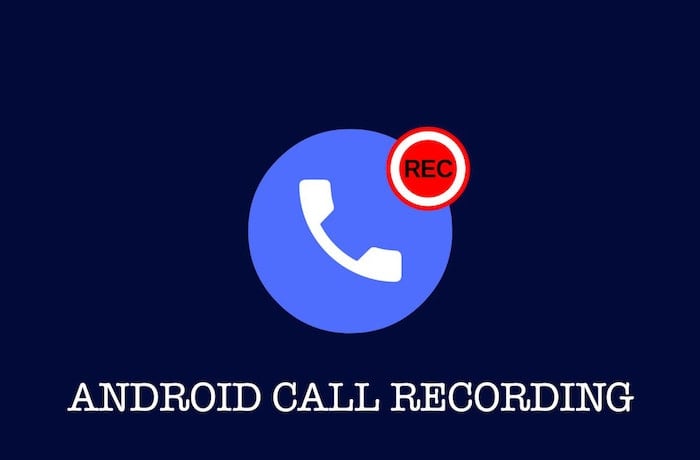 Guide to Call Recording on Any Android smartphone

How to Record Calls on Xiaomi/Redmi Smartphones

We are all aware of the fact that Xiaomi or Redmi smartphones come with MIUI on top of Android which is the brand’s custom skin. MIUI offers a plethora of features like dual apps, gaming mode, screen recording, etc. and in-built call recording is also one of them. Not just simple call recording, but MIUI has multiple options you can choose from related to recording calls that suit your needs. Let’s see how you can do it.

How to Record Calls on Oppo/Realme Smartphones

Just like MIUI on Xiaomi/Redmi smartphones, Oppo devices run on top of ColorOS which is their own proprietary skin on top of Android. Similarly, Realme smartphones also run on a build of ColorOS known as Realme UI. While both ColorOS and Realme UI are visually different from one another, they essentially have similar if not the same set of features. ColorOS and Realme UI also have multiple different settings and options for call recording just like MIUI so let’s see how you can access it.

How to Record Calls on Samsung Smartphones

Samsung too has its own take on the Android operating system that is OneUI. There are a lot of features that are included in OneUI that make it one of the best Android skins out there with the right balance of features as well as snappy performance, something that TouchWiz back in the day could not achieve. As with the two other custom UIs that we talked about, OneUI also has its own in-built call recording feature. Here’s how you can access it –

How to Record Calls on OnePlus Smartphones

OnePlus smartphones have one of the most loved UIs on any Android smartphone and for good reason. OxygenOS is smooth and has all the necessary features while still maintain the stock Android look. OxygenOS too has the ability to record calls baked into the UI itself so let’s see how you can enable and make use of it.

If you have a smartphone that’s from a different manufacturer than the ones mentioned above, you can first check if there is a facility to record calls that are built into the UI by default. If your phone is running on a custom skin or UI, chances are, you will be able to find it in your Dialer settings so try looking for it there or searching for it in your Settings app. If you still don’t find it or your smartphone doesn’t have the option by default, you can use third-party apps that do the same job.

The app that we would recommend you use to record calls from your Android smartphone would be Automatic Call Recorder. This is one of the oldest and best call recording apps on the Play Store with over 100 Million downloads. Before call recording became mainstream as a default feature on many UIs, we personally used this app for quite a while, so it’s tried and tested.

The app even provides you with options that you won’t find on default call recorders on custom UIs. You, of course, get the option to record calls automatically or to/from certain numbers, along with the option to save call recordings to either Drive/Dropbox, change the audio format, set custom decibel levels, delays, or the option to record only when connected to a Bluetooth device. You can customize it just the way you want it to work.

We hope you’ve figured out how you can record calls on your smartphone and have configured the settings as per your liking. While there are plenty of third-party apps that allow you to record calls, having an in-built option is your safest bet since you don’t have to worry about third=party apps eavesdropping into your conversation. Google is considering making it a default option on the Google Dialer so maybe more smartphone might get the option by default in the future.

How to Record Calls on iPhone Without an App [4 Ways]
[Stat Stories] Smartphone Shipments Hit Record High in India…
How to Connect any Game Console Controller to Your PC or…
How to Use WhatsApp Multi-Device Feature on Any Smartphone…
IDC confirms record quarter for smartphones in India, places…
Two Easy Ways to Record the Screen on a Mac